loading...
By Therí A. Pickens May 29, 2020 Comments Off on Theorizing Race and Disability

This week we are revisiting Therí A. Pickens’s new book, Black Madness :: Mad Blackness (Duke University Press, 2019). Today we are featuring an essay by the author. 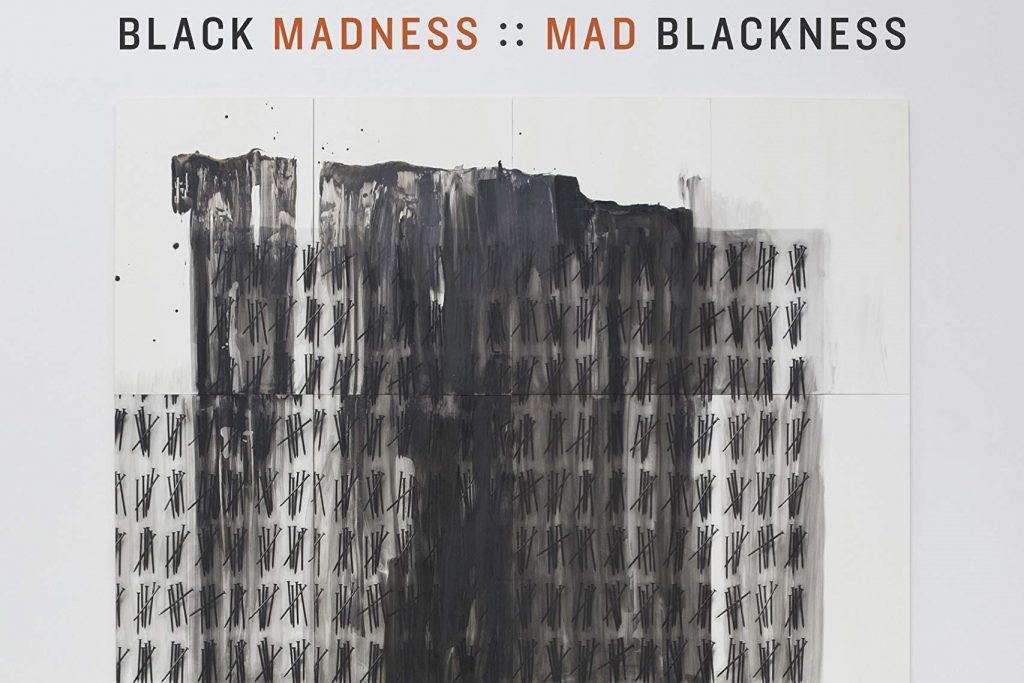 I was surprised that Harriet was playing in a theater in Maine. So, we all went. “We” includes me with a chronic illness/disability who sometimes passes for able bodied, one man with an eye impairment, one teen boy, one older boy, and another able-bodied man. With one exception, we are all Black. So, in the theater, I knew we were in for navigating multiple possible misunderstandings. I’d have to explain why I needed a particular seat. One of us would have to explain that their cell phone was being used as a visual assistive device, not a recording device. If someone decided to make what they considered polite conversation, we’d have to explain or brush off explaining whose children were whose and who was married to whom. And, we’d have to manage the young ones and protect them. Such is life. Such was the reason Harriet – our disabled Black heroine – was a must-see.

Before the previews began, a white woman pushed a white man in a wheelchair to the front row. Despite the fact that my friend’s white cane was in full view, neither asked whether my friend could still see. So, I asked, perhaps loudly, “Will you still be able to see?” (I admit that I am fluent in Shade.) My friend was fine. So, I went about the business of eating my candy. After a few cellophane crinkles, the man in the wheelchair turned his head and demanded that I stop. Unfortunately for him, he demanded in tone but used an interrogative. Could you stop? So, I answered as though it were really meant to be a question. No, which I definitely said loud enough for everyone to hear. Then the previews started. (I may have crinkled the cellophane at opportune silences during the movie. Could be. Could be not. Who’s to say?)

I recount this story because this is the everyday of my experience living as a Black woman with a disability, a disabled Black woman. It is messy. It often includes making sense of multi-ability, multi-racial, multi-gendered, queered, classed encounters. (To be fair, others experience these encounters as well but do not navigate them adroitly with aplomb.) Often, these encounters are interpersonal. These are the kinds of moments that folks are tempted to “get over” or are told to “forget about.” These are the moments that crystallize the structures we teach about. This is Sharon Holland’s parking lot in The Erotic Life of Racism. This is Audre Lorde’s grocery store with the white child saying “Look! A baby maid.” This is the woman in accounting who reminds me about her power to audit me as she reaches for my hair.

As Anna Hinton points out, this is why the conversations require sitting with the difficult openness of a mad Black text. In some ways, there’s no retort – though petty hearts and shady tongues may try – adequate enough to provide agency in those situations. This is why I am persuaded that the “acknowledgement of one’s various intersecting social marginalized positions does not equal political agency” (Pickens 31). I wanted to theorize about what it would look like on paper to remain with the discomfort of being present to the truths at hand while knowing that will not result in emancipation. Gayl Jones’s Eva’s Man (1976) certainly, as Hinton notes, refuses such emancipation and clarity because Eva believes in the validity of her subject position. Eva knows that she’s considered mad because she is a Black woman who decided to fight white supremacist cisheteropatriarchy. In some ways, madness is foisted upon her. In some ways, she embraces it. She crinkles the cellophane. She says No.

I deeply appreciate that Anna Hinton and Zandria Robinson recognize that I am fighting against multiple violences – linguistic, material, carceral – that conflate Blackness with madness and, in so doing, dispose of both. What Robinson’s comments thrust to the fore (and I am deeply appreciative of this) is that disrupting those violences requires a belief in the validity of Black women’s creative theorizing. Robinson points out that the wry smile is a point of arrival and, in true conversational fashion, a point of departure. Settle into thinking of Black mad womanhood as a referent for itself rather than, as Robinson aptly describes, “warnings and prescriptions” for others.

Even as I ruffle feathers by pointing out that one’s understanding of one’s abjection is not automatically agentive, I find it necessary to point out where the triumph and agency does lie. And, yes. I use “lie” in its doubled lexical range: both to “not tell the truth” and “lay down.” Christopher Baswell points out that knowing oneself does not mean others will know you or recognize you as you. The misgendering, the unjoyous queering, and the moment of ghosting (I am not using the definition in our common vernacular) all require a reckoning with the untruth of another’s perception even as their perception has power over you. I keep wondering “What if those boys were hunting?” or “What if one of those Manhattanites were a prideful socialite determined to have recompense for someone taking up space on their sidewalk?” Perhaps the triumph here is in Zandria Robinson’s “been knowing” and where that takes up space, where that lies, in the theorizing of the everyday by and about people of color (pace Barbara Christian). So, the agency is not just in the knowing, but in the doing, however circumscribed.

It is this doing that brings me to another triumph – the re-reading. Anna Hinton re-reads Eva’s Man. Zandria F. Robinson re-reads our environments. Christopher Baswell re-reads his memories. I re-read Harriet. And, all of us, in this newfound literacy engage with the methods of doing that prioritize the spaces where messiness and complexity refuse easy or simple answers. We rest with the knots created, tying one day and untying the next.

Therí A. Pickens is Professor of English at Bates College. Pickens received her undergraduate degree in Comparative Literature from Princeton University and her PhD in Comparative Literature from UCLA. Her research focuses on Arab American and African American literatures and cultures, Disability Studies, philosophy, and literary theory. Pickens is also author of New Body Politics: Narrating Arab and Black Identity in the Contemporary United States. Her critical work has appeared in a host of critical journals including Hypatia, MELUS, Journal of Literary and Cultural Disability Studies, Disability Studies Quarterly, Al-Jadid, Women & Performance, and the Journal of Ethnic American Literature. She also published in the ground-breaking collection, Blackness and Disability: Critical Examinations and Cultural Interventions, and the critical volume, Defying the Global Language: Perspectives in Ethnic Studies (Teneo Ltd). She is also a creative writer. Her poetry has appeared in Black Renaissance/Renaissance Noire, Save the Date, and Disability Studies Quarterly. Her drama has been performed at the NJ State Theater. Follow her on Twitter @TAPPhD.