This post is part of our blog series that announces the publication of selected new books in African American History and African Diaspora Studies. The World That Fear Made: Slave Revolts and Conspiracy Scares in Early America was recently published by the University of Pennsylvania Press. 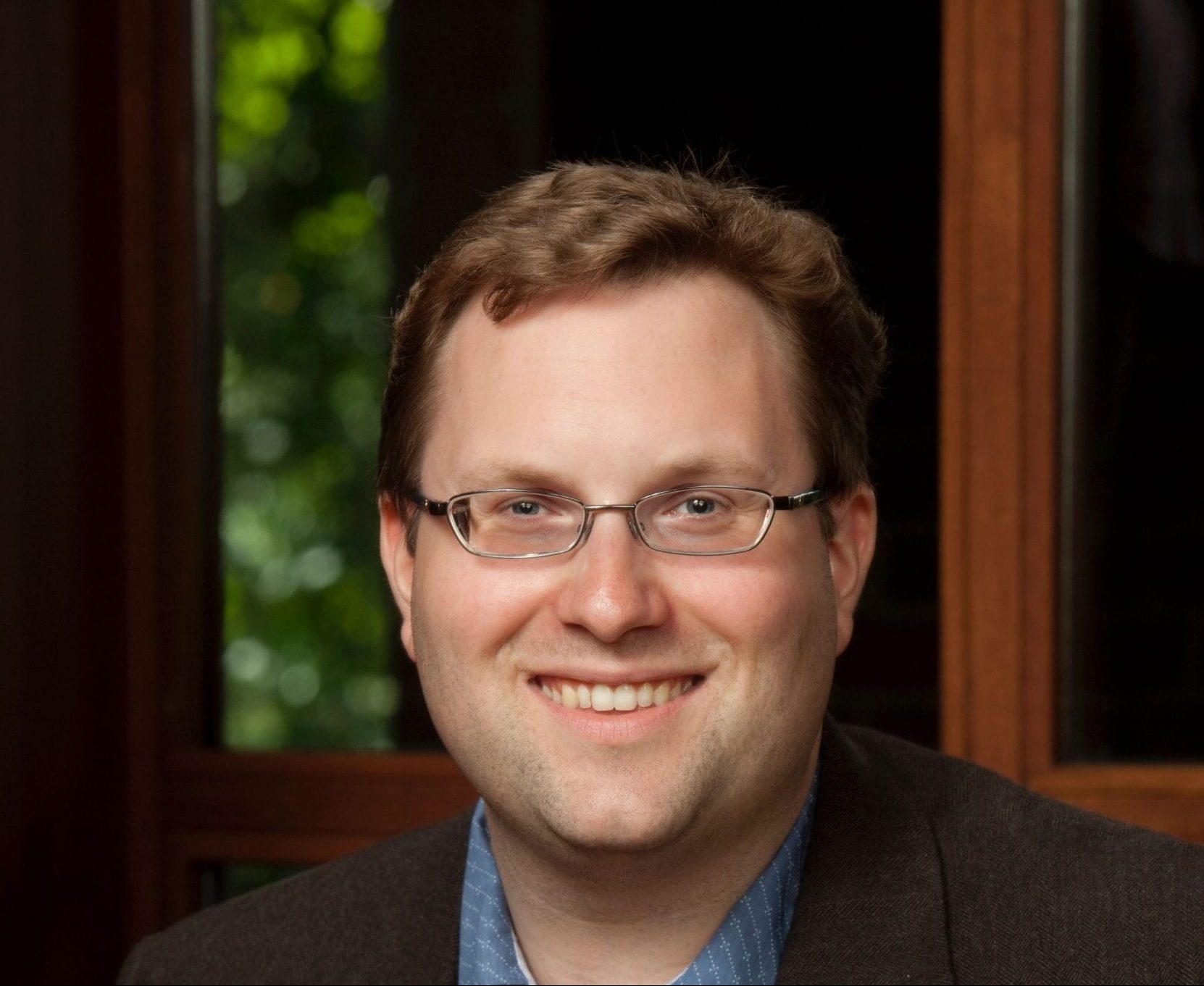 Author of The World That Fear Made: Slave Revolts and Conspiracy Scares in Early America (University of Pennsylvania Press, 2020), Jason Sharples is a scholar of colonial North America and the Caribbean, with specialization in enslavement and the African Diaspora. He is an Associate Professor of History at Florida Atlantic University. His scholarship has appeared in the American Historical Review and Buried Lives: Incarcerated in Early America. 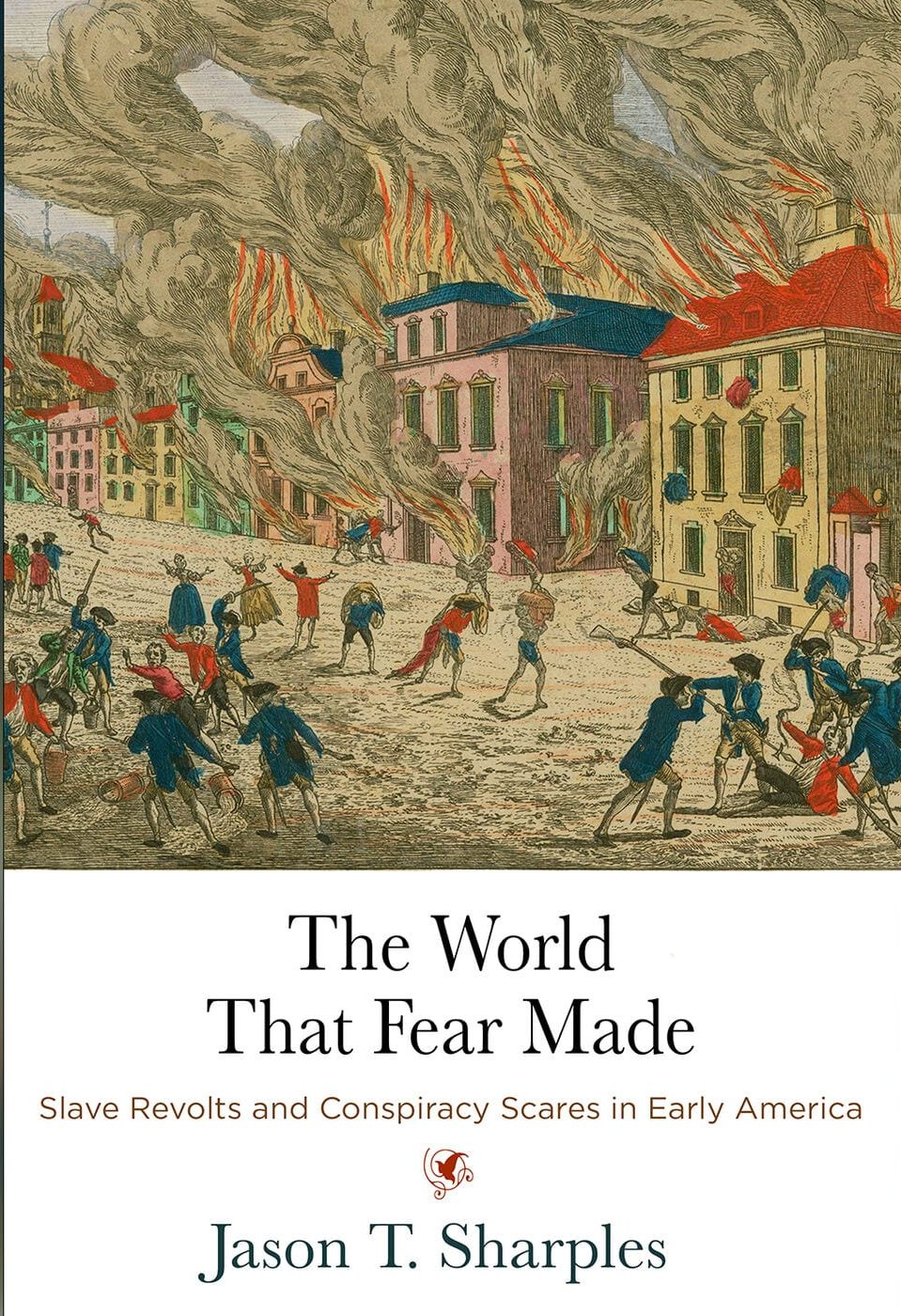 From the Stono Rebellion in 1739 to the Haitian Revolution of 1791 to Nat Turner’s Rebellion in 1831, slave insurrections have been understood as emblematic rejections of enslavement, the most powerful and, perhaps, the only way for slaves to successfully challenge the brutal system they endured. In The World That Fear Made, Jason T. Sharples orients the mirror to those in power who were preoccupied with their exposure to insurrection. Because enslavers in British North America and the Caribbean methodically terrorized slaves and anticipated just vengeance, colonial officials consolidated their regime around the dread of rebellion. As Sharples shows through a comprehensive data set, colonial officials launched investigations into dubious rumors of planned revolts twice as often as actual slave uprisings occurred. In most of these cases, magistrates believed they had discovered plans for insurrection, coordinated by a network of enslaved men, just in time to avert the uprising. Their crackdowns, known as conspiracy scares, could last for weeks and involve hundreds of suspects. They sometimes brought the execution or banishment of dozens of slaves at a time, and loss and heartbreak many times over.

Mining archival records, Sharples shows how colonists from New York to Barbados tortured slaves to solicit confessions of baroque plots that were strikingly consistent across places and periods. Informants claimed that conspirators took direction from foreign agents; timed alleged rebellions for a holiday such as Easter; planned to set fires that would make it easier to ambush white people in the confusion; and coordinated the uprising with European or Native American invasion forces. Yet, as Sharples demonstrates, these scripted accounts rarely resembled what enslaved rebels actually did when they took up arms. Ultimately, he argues, conspiracy scares locked colonists and slaves into a cycle of terror that bound American society together through shared racial fear.

“The World That Fear Made places slave conspiracy scares at the center of eighteenth-century life. In vivid prose, Sharples distinguishes between bloody fact and paranoid fantasy to reveal how rumors of imminent slave insurrections created the southern surveillance state, informed imperial ambitions, and bound white colonists together in common terror.” Richard Bell, author of Stolen: Five Free Boys Kidnapped into Slavery and Their Astonishing Odyssey Home

Jason Sharples: I hope that The World That Fear Made helps to unpack the relationship between violence—which we know enslavers used relentlessly—and fear, its less-visible counterpart. Others have blazed this path for me to follow. Saidiya Hartman and Nell Irvin Painter identified trauma as an under addressed consequence of enslavement, and Marisa Fuentes has shown that violence and trauma produced the archive and are still inextricable from it. I’ve written more generally about this historiography in Oxford Bibliographies in Atlantic History. My approach is to pay close attention to what people did when they anticipated violence.

To trace whole systems of fear, the book examines a series of anticipated insurrections. The root was always enslavers’ use of violence. This generated terror among the enslaved. In turn, anyone who lived in the orbit of these violent societies feared that the enslaved, in desperation, would turn with violence that mirrored the original atrocities. One warned that “the Cup of Wrath is almost full.” By theorizing a “system,” I try to emphasize subtle interplays among the enslaved, among enslavers, and between members of the groups.

In fact, one way to read this book is as a deep history of racialized policing. Black Lives Matter has drawn attention to our similar knot of police officers’ fear, aggressive policing, Black people’s terror, and state-sanctioned violence. Those in power invoke their own fear when they attempt to justify violence, while the greater dread and trauma is actually borne by the disempowered.

The book’s general point is that fear influenced a person’s perception of what was possible, thereby shaping their decisions and inspiring their actions. When someone believed that violence could occur, it changed their access to power. Fear could shape decisions, inspire actions, and govern social relations. At the same time, a person with some awareness of others’ fear could use it to exercise power to attempt to oppress them, to subvert them, or to survive.

That relationship between fear, power, and information has implications for debates over “slave conspiracies,” which were investigations into alleged plans for insurrection. By a factor of two to one, these inquiries occurred more frequently than rebellions that came to fruition in the 17th and 18th centuries. Scholars debated whether conspiracies were real plans for rebellion or hyped-up charges from overzealous policing. I argue that whatever may have been the actual plans—and surely some were real—each recorded word was a product of many forms of violence, including torture, and sometimes of resistance. Consequently, scholars must read the records in light of the system of fear that influenced them before they can decipher what really happened.