loading...
By Noelle Trent November 14, 2015 Comments Off on The Power of Place, History, and Preservation: Reflections on the 2015 PastForward Conference

Last week I attended PastForward, the National Trust for Historic Preservation’s annual conference in Washington, DC.  As a first time attendee and a National Museum for African American History and Culture Diversity Fellow, I arrived with an open mind and keen interest in diversity in preservation.  By the end of the conference, I realized that our public preservation reflects the inequality of historic interpretation.  Historic preservation may seem like the purview of only a small segment of the population, but in reality it affects everyone.

Traditionally when we think of historic preservation it means a developer coming into a community to renovate or rehabilitate a historic building, while also relocating the community residents and businesses.  Ultimately, the result of the developer’s work is that when the project is finished, the community residences and businesses can no longer afford to return.  However, preserving a historic building or community can accomplished while also preserving the community.  Mary Rowe from the Municipal Arts Society of New York pointedly said to the audience during her presentation to lose their snobbery.  Just because a developer does not see the value of a local store does not mean the community shares the developer’s opinion.  Developers, architects, local governments, scholars, and cultural resource specialists have to engage the community in a meaningful way and reflect those values in the development.

For me the connection between community development and significance is about the conversation between preservation and history.  Out of the approximately 90,000 historic sites, around 3 percent are related to African American history.  Overall minority sites are I believe less than 10%.  Part of this is that getting the designation is an arduous task.  But there is another side, African Americans and minorities moments in history might not be in the big fancy mansion.  (Although, we did have big fancy mansions.)  It may be in the modest house or the hotel room or a gathering point at an intersection or a field that is the location of something historically powerful.  It could also be something less tangible like language.  As a Diversity Fellow, I participated in the Diversity Summit on Wednesday.  Someone brought up that our communities may lack some of the stalwart tangibles that historic preservation was based on in the nineteenth century, so the idea of “save our places” should be changed to a more inclusive statement like “save our heritage.”

As a black woman living in twenty first century America, I am aware that I am in living in a society that is the legacy of a racial patriarchal system that existed long before me.  In order for me to be holistically included in the American story, I must be seen in the American story in many different ways.  100 years after the formation of the Association for African American Life and History, we at AAIHS are working to demonstrate the depth and breadth of the African American intellectual tradition.  This work is for naught, if the conversation fails to extend beyond the academy. The diversity of the American experience must be reflected not only in the books we read, but in the very environment we live, shop, and socialize.

I walked away from PastForward 2015 with an understanding of what I can do.  Fortunately, my job allows me to continually engage in the preservation field.  But what can you do?  Here are some options: 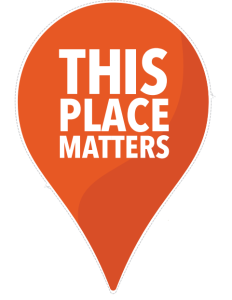 The National Trust for Historic Preservation currently has a campaign on social media called This Place Matters.  Basically it involves taking a photo at a historic site or area you feel deserves attention and posting it on social media.  Find out more about it here.

You can send a letter to your congressman or senator to protect the Antiquities Act which gives the president power to designate historic sites and culturally significant areas. Find out more about it here. 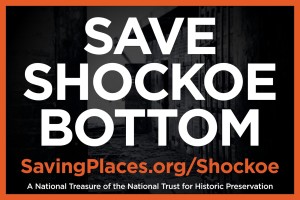 Visit the National Trust for Historic Preservation website and find out about preservation campaigns in your local area like Richmond’s Shockoe Bottom, an area related to African American history in Richmond since the nineteenth century, which is endanger of being razed for a baseball stadium.

The National Trust for Historic Preservation will be fifty years old in 2016.  Do something to preserve history not just intellectually, but in our everyday environment.

History does not refer merely, or even principally to the past.  On the contrary the great force of history comes from the fact that we carry it within us, are unconsciously controlled by it in many ways, and history is literally present in all we do.