loading...
By J. T. Roane April 18, 2018 Comments Off on The Lost Black Scholar: A New Book on the Pioneering Anthropologist Allison Davis

This post is part of our blog series that announces the publication of selected new books in African American History and African Diaspora Studies. The Lost Black Scholar: Resurrecting Allison Davis in American Social Thought was recently published by the University of Chicago Press. 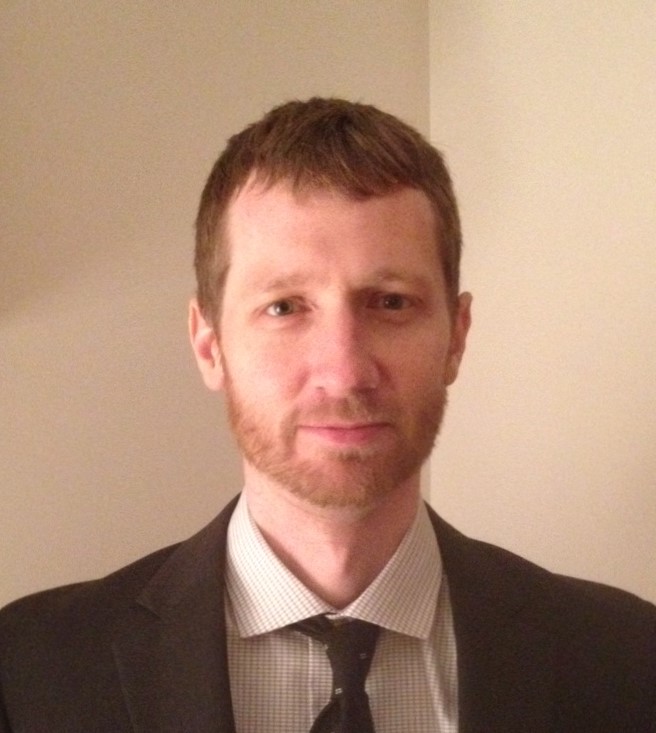 David A. Varel is a visiting assistant professor of history at the University of Mississippi. He holds a PhD from the University of Colorado, and previously served as a postdoctoral fellow in African American Studies at Case Western Reserve University. He is an intellectual historian of the modern United States who specializes in race, the history of social science, and the civil rights movement. His research has been supported by the New York Public Library, the University of Chicago Library, and other institutions, and his work has also appeared in the Journal of Negro Education, Knowledge Cultures, and The Conversation. His first book, The Lost Black Scholar: Resurrecting Allison Davis in American Social Thought (University of Chicago Press, 2018), is the first study of the pioneering anthropologist Allison Davis. Davis was the first African American appointed full-time to a predominantly white university. Among other accomplishments, his research contributed to Brown v. Board of Education, the federal Head Start program, and the abolition of culturally biased intelligence tests. His marginalized career is a testament to the troubled politics of race in the academy. 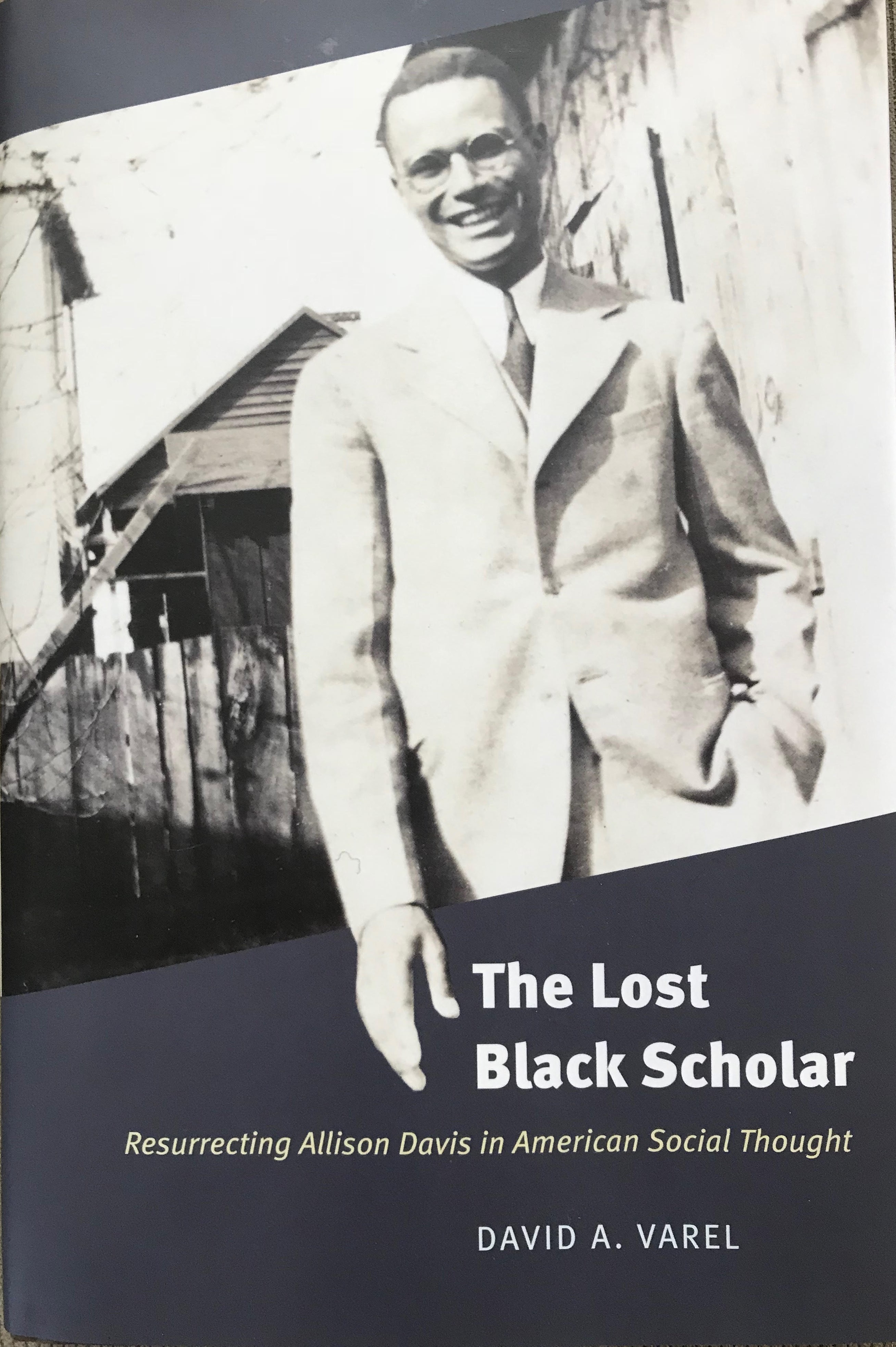 Allison Davis (1902–83), a preeminent Black scholar and social science pioneer, is perhaps best known for his groundbreaking investigations into inequality, Jim Crow America, and the cultural biases of intelligence testing. Davis, one of America’s first Black anthropologists and the first tenured African American professor at a predominantly white university, produced work that had tangible and lasting effects on public policy, including contributions to Brown v. Board of Education, the federal Head Start program, and school testing practices. Yet Davis remains largely absent from the historical record. For someone who generated such an extensive body of work this marginalization is particularly surprising. But it is also revelatory.

In The Lost Black Scholar, David A. Varel tells Davis’s compelling story, showing how a combination of institutional racism, disciplinary eclecticism, and iconoclastic thinking effectively sidelined him as an intellectual. A close look at Davis’s career sheds light not only on the racial politics of the academy but also the costs of being an innovator outside of the mainstream. Equally important, Varel argues that Davis exemplifies how Black scholars led the way in advancing American social thought. Even though he was rarely acknowledged for it, Davis refuted scientific racism and laid bare the environmental roots of human difference more deftly than most of his white peers, by pushing social science in bold new directions. Varel shows how Davis effectively helped to lay the groundwork for the civil rights movement.

The Lost Black Scholar draws deeply from a rich and varied set of archival material. Varel does a masterful job of documenting Allison Davis’s career path and showing how his efforts fit into the intellectual currents circumscribing the African American social condition in the early and mid-twentieth century. This book should awaken and stimulate interest in Davis, and encourage greater understanding of the consequences and politics of racial scholarship.”–Alford A. Young Jr., University of Michigan

J.T. Roane: Did you face any challenges conceiving of, researching, writing, revising, publishing, or promoting this book, especially in light of the marginalization of Davis’ writing and thought? If so, please share something about the challenges of writing about such a figure and how you overcame them.

David A. Varel: Yes, writing about marginalized figures is no easy task. What’s striking about Davis is how interdisciplinary his thought was. He began his career in English and participated in the New Negro Renaissance in the 1920s. Then he shifted to social anthropology, which soon grounded his explorations into psychology, psychiatry, and sociology. Finally, he became a professor of education at the University of Chicago in 1942, a pathbreaking appointment, and one he retained until his retirement in 1978. There he synthesized his interdisciplinary “culture-and-personality” approach into a pragmatic framework for exploring issues of social inequality in schools.

Davis was a prolific writer from the 1920s through the 1950s, but the literature on him is deeply fragmented. Scholars within particular fields made some note of Davis’s work, but generally only as it related their specific discipline. Lost was the man himself and the broader unity of his thought. So my task was to become familiar with each disciplinary discourse to which Davis contributed while also showing how it was all part of a whole. It wasn’t easy having to learn the ins-and-outs of literary modernism, neo-Freudianism, caste-and-class theory, and more, but any faithful study of Davis demanded that. Ultimately, as I hope the book shows, Davis provides an especially compelling look into so many streams of American social thought during the early-mid-twentieth century.

Davis was also, of course, marginalized because of the racial politics of the academy, which subsumed his vast contributions to collaborative research projects underneath those of the white men who dominated the universities. By taking the long view of Davis, and by familiarizing myself closely with his collaborators, I could tease out Davis’s contributions. I also scrutinized field notes, correspondence, and foundation files to read between the lines. In doing so, it became clear that Davis used his own experiences on the wrong side of the color line to help revolutionize mainstream discussions of race and class in the United States.

The more we can tease out the lives and careers of Davis’s generation of Black scholars, the better we’ll be able to see how African Americans were at the forefront of developing an anti-racist science, which the historiography continues to downplay. For Davis’s generation, winning the battle of ideas was one part of the “long” civil rights struggle, and one which helped to galvanize significant social change.