loading...
By J. T. Roane July 1, 2019 Comments Off on The Lemonade Reader: A New Book on Beyoncé’s Visual Album

This post is part of our blog series that announces the publication of selected new books in African American History and African Diaspora Studies. The Lemonade Reader was recently published by Routledge Press. 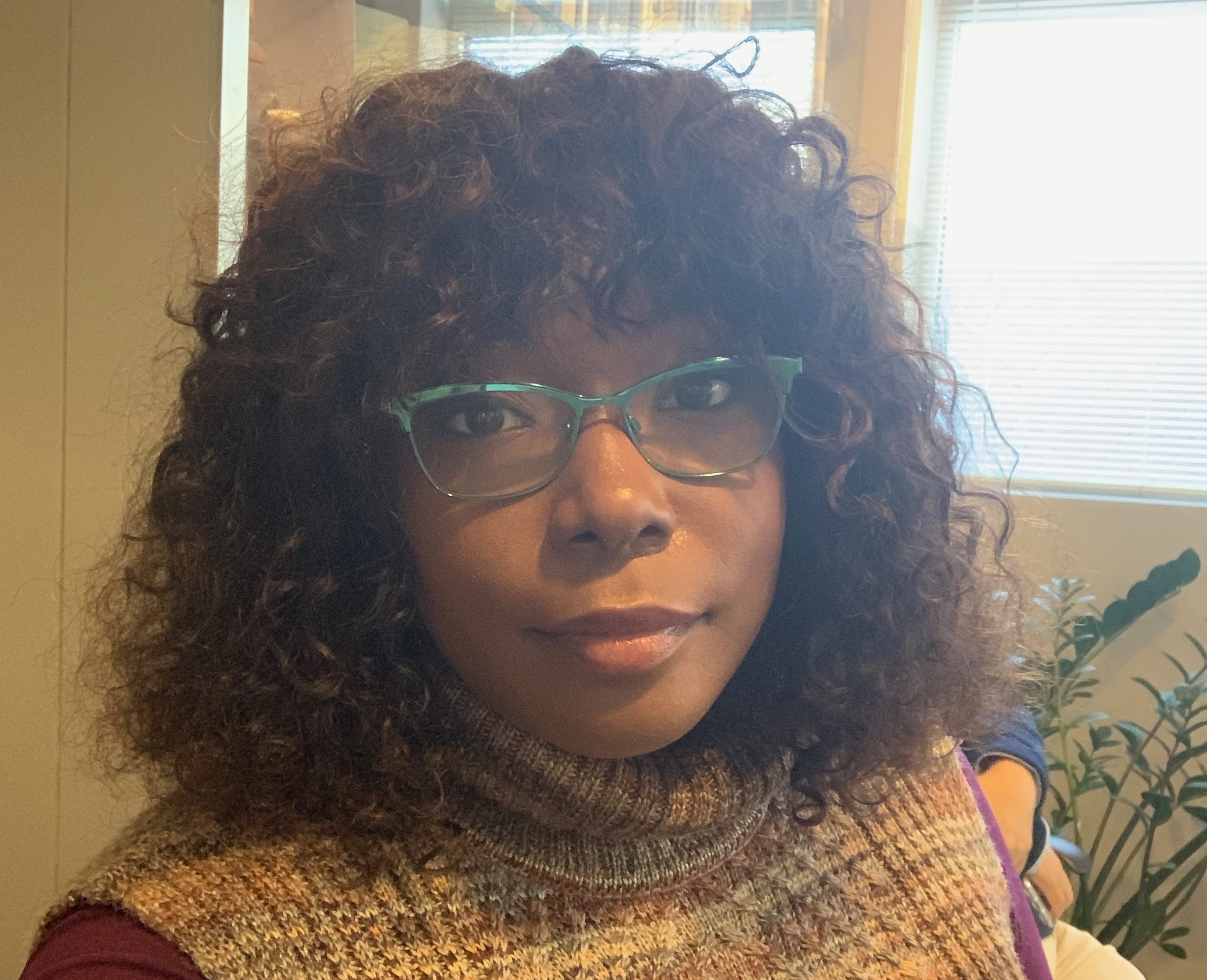 Kinitra D. Brooks is the Audrey and John Leslie Endowed Chair in Literary Studies in the Department of English at Michigan State University. Dr. Brooks specializes in the study of Black women, genre fiction, and popular culture. She currently has two books in print: Searching for Sycorax: Black Women’s Hauntings of Contemporary Horror (2017), a critical treatment of Black women in science fiction, fantasy, and horror; and Sycorax’s Daughters (2017), an edited volume of short horror fiction written by Black women. Her current research focuses on portrayals of the conjure woman in popular culture. Dr. Brooks served as the Advancing Equity Through Research Fellow at the Hutchins Center for African & African American Research at Harvard University for the 2018–2019 academic year. Follow her on Twitter @k8dee16. 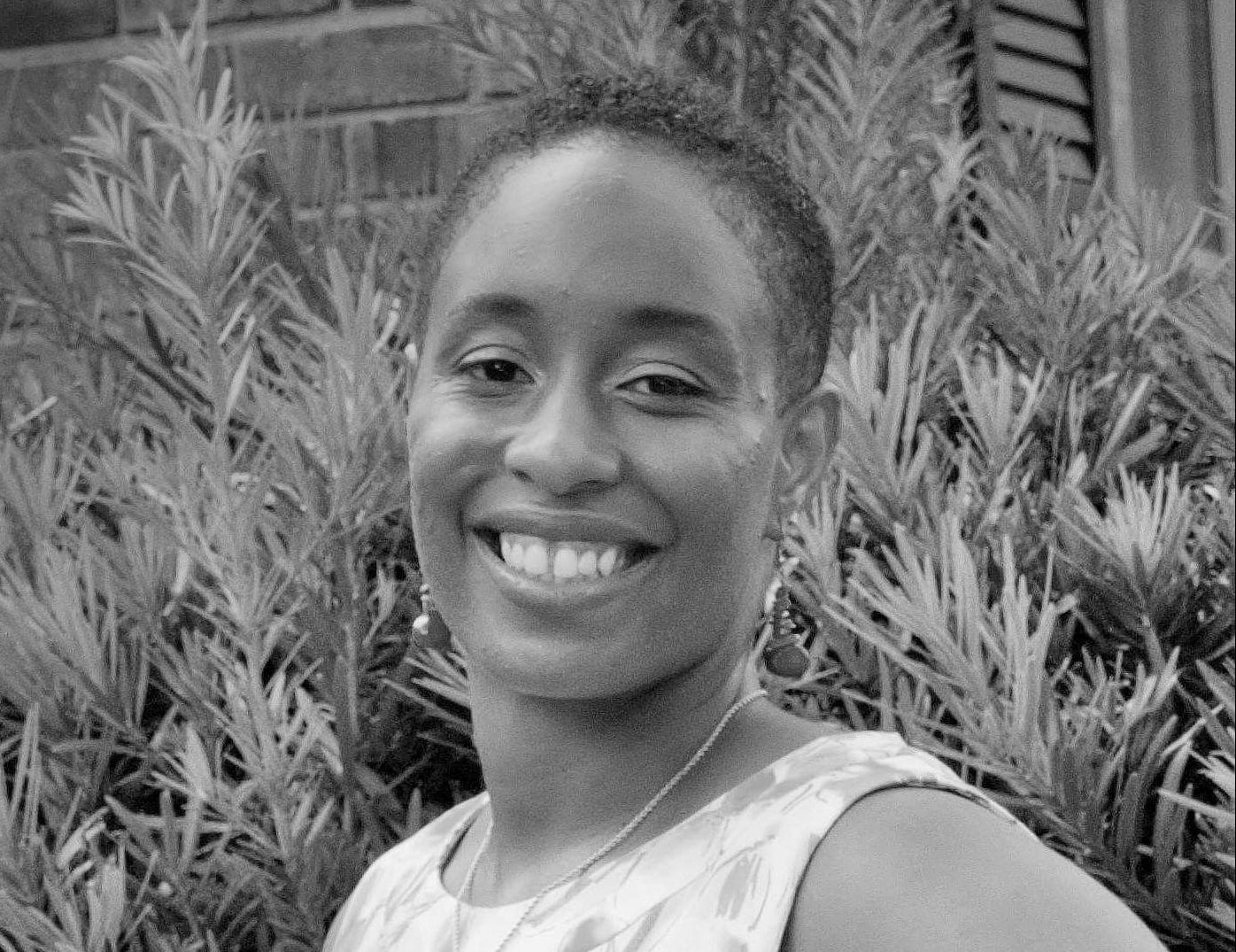 Kameelah L. Martin is Professor of African American Studies and English at the College of Charleston in South Carolina, USA, where she is also Director of the African American Studies Program. Dr. Martin’s research explores the lore cycle of the conjure woman as an archetype in literature and visual texts. She is author of two monographs: Conjuring Moments in African American Literature: Women, Spirit Work, and Other Such Hoodoo (2013) and Envisioning Black Feminist Voodoo Aesthetics: African Spirituality in American Cinema (2016). She is the Assistant Editor of the College Language Association Journal and has published in Studies in the Literary Imagination; Black Women, Gender, and Families; and the African American National Biography. She has edited special issues of Genealogy and South Atlantic Review and co-edited a section of The Routledge Anthology of African American Rhetoric (2018). Follow her on Twitter @kameelahmartin. 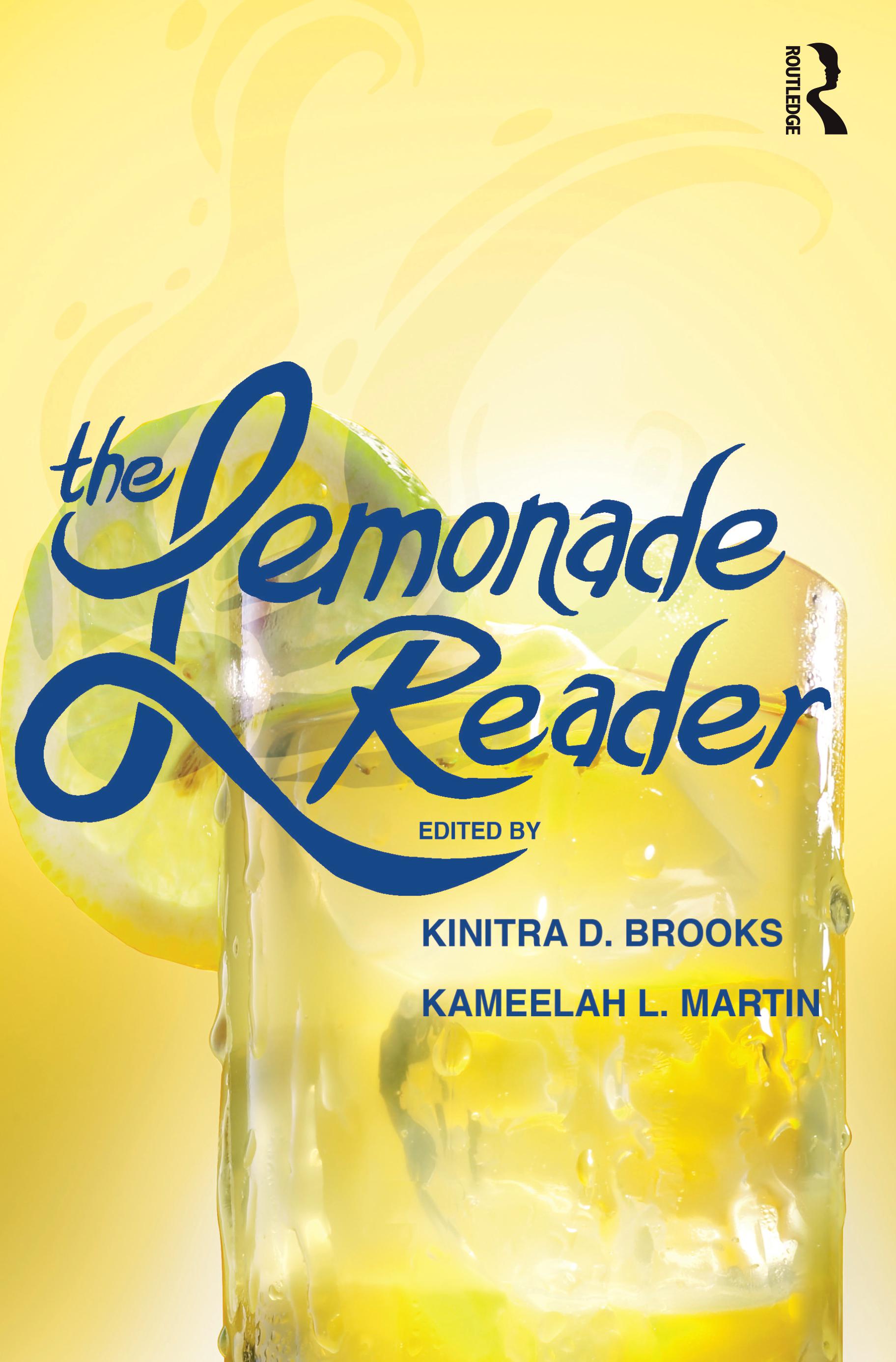 The Lemonade Reader is an interdisciplinary collection that explores the nuances of Beyoncé’s 2016 visual album, Lemonade. The essays and editorials present fresh, cutting-edge scholarship fueled by contemporary thoughts on film, material culture, religion, and Black feminism.

Envisioned as an educational tool to support and guide discussions of the visual album at postgraduate and undergraduate levels, The Lemonade Reader critiques Lemonade’s multiple Afrodiasporic influences, its visual aesthetics, its narrative arc of grief and healing, and its ethnomusicological reach. The essays, written by both scholars and popular bloggers, reflect a broad yet uniquely specific Black feminist investigation into constructions of race, gender, spirituality, and southern identity.

The Lemonade Reader gathers a newer generation of Black feminist scholars to engage in intellectual discourse and confront the emotional labor around the Lemonade phenomena. It is the premiere source for examining Lemonade, a text that will continue to have a lasting impact on Black women’s studies and popular culture.

“…[these] two scholars have cemented Lemonade’s place in academic discourse with The Lemonade Reader, an anthology of essays, ideas and “interludes” inspired by both Lemonade and Beyoncé, written by predominantly black female academics, pop cultural critics and activists.”– Maiysha Kai, The Root

J.T. Roane: Books have creation stories. Please share with us the creation story of your book—those experiences, those factors, those revelations that caused you to produce this unique book.

Kinitra D. Brooks & Kameelah L. Martin: The Lemonade Reader evolved from a spirited Facebook Messenger discussion in the days following the release of Beyoncé’s visual album, Lemonade (2016). That social media discussion, which included some of our contributors like Janell Hobson, turned into a video chat session between the two of us— in our head scarfs and pajamas! We both have connections to New Orleans, and we were particularly struck by the imagery and trope of Louisiana as ancestral home space. Kinitra developed ideas around the bayou as liminal space; Kameelah coined the phrase “Creole Courtesan” to describe Beyoncé’s French lingerie-clad, parlor room aesthetic in the film. We were so inspired by the multilayered narrative of Spirit (conjure) work imbued in the visual album and the incessant critical debate happening, that we knew this was a huge cultural moment and wanted to participate in a tangible way. We co-wrote and submitted an essay for a special issue on Beyoncé organized by a leading academic journal. We focused on the simultaneity of the blues and conjure narratives we saw playing out in the visual album.

The essay was outright rejected, but that “no” quickly transformed into another opportunity. We thought bigger and envisioned a collection of smart, cutting-edge reflections on Lemonade that could be used to fuel conversations in a range of forums—amongst girlfriends during book club meetings or in discussions in specialized classes like Kinitra’s Beyoncé course. We wrote a successful grant proposal to host a Lemonade Seminar at the University of Michigan’s Institute for Research on Women and Gender in October 2017.

During the three-day intensive seminar, we gathered twenty-four of the best and brightest interdisciplinary scholars and thinkers to help set the groundwork for the project. We presented our ideas, watched Lemonade collectively and immersed ourselves in all things Beyoncé. It was cathartic and constructive and the birth of our collection, The Lemonade Reader. We left the seminar with a solid book proposal and shopped it around to several presses. Routledge was eager to produce the collection and we are glad it is available to the world (and Beyoncé).