This is a guest post by Darryl Robertson, an undergraduate student at Queens College, majoring in History and Journalism. Robertson is a McNair Scholar who is passionate about hip-hop and African-American history. He is especially interested in understanding how the Black Panther Party serviced black communities during the late-1960s. Robertson’s most recent research examined how the Free Breakfast for Children’s Program sustained the Black Panther Party organization. Robertson is currently a music writer at VIBE Magazine and he’s also an intern at Ebony Magazine. You can follow Darryl on Twitter @darry_Robertson

Usually when we think about the Black Panther Party (BPP), we envision the images that have long dominated public media—images of black men armed with guns, dressed in black. Yet, as Stanley Nelson’s recent documentary highlights, the BPP was far more complex. Established in 1966 by Huey Newton and Bobby Seale, the BPP was created in response to the rise of police violence in the Bay area. Originally called the Black Panther Party for Self-Defense, the BPP set out to monitor police activities and protect black residents from police brutality. One of the fundamental aspects of the BPP was their commitment to serving black communities through a variety of social programs including ambulance services, health clinics, and the creation of schools. One of the most successful of these social programs was the Free Breakfast for Children Program, which provided food for children all across the United States. 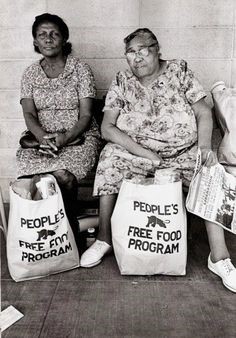 The BPP’s Survival Programs were fundamental to the Party’s mission to improve black communities during the late 1960s. According to Newton, “these programs satisfied the deep needs of the community.”[1] Significantly, the BPP’s Survival Programs were deeply intertwined with the Party’s political goals. BPP members understood that in order to advance their political goals, black men and women needed to be able to sustain themselves. As BPP member David Hilliard explained, the “actions the BPP engaged in were purely strategic for political purposes designed to mobilize the community.”

The first BPP Breakfast Program opened in January 1969 at Father Earl A. Neil’s St. Augustine Episcopal Church in Oakland, California. On the first day of the Free for Children Breakfast Program, Party members fed eleven children. By the end of that week, the number rose to 135 children. According to BPP member Flores Forbes, Panthers “cooked, served the food, knocked on doors to let the people know which apartment the food was being served in.” Less than two months later, the Party opened up another breakfast program at San Francisco’s Sacred Heart Church. 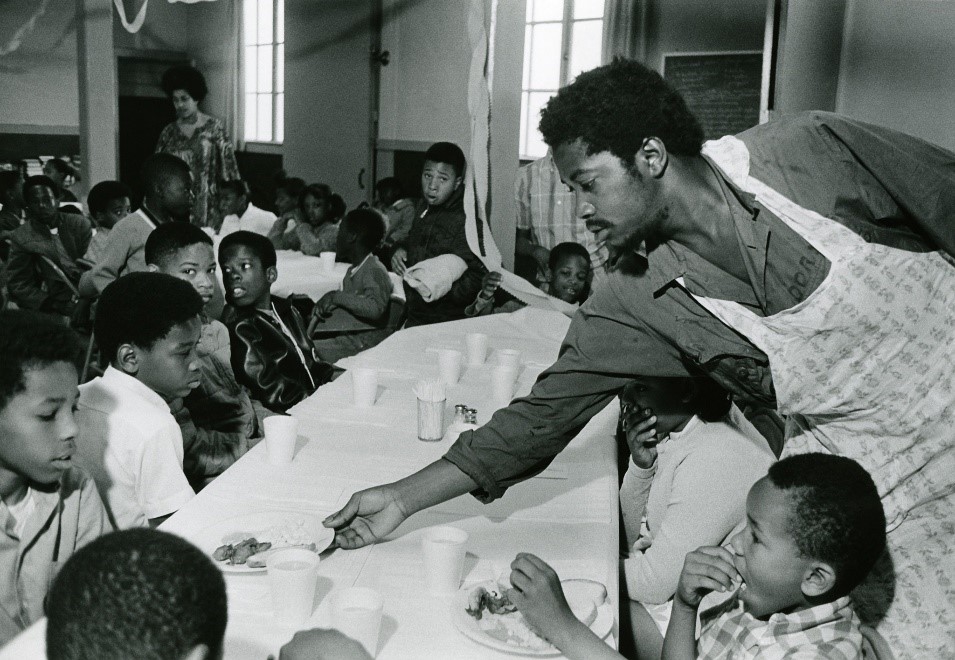 As the BPP became overwhelmingly successful, it became mandatory for all chapters to have a Free Breakfast for Children Program.[2] The minimum requirement for the Free Breakfast Program was an available space with tables and chairs for at least fifty people. Panther leaders requested a minimum of ten persons working—two persons on traffic control; one person at the sign in table; one person taking coats and hats; four servers; and two cooks.[3] As a grassroots organization, the BPP relied on the support of ordinary men and women to help fund the Breakfast Programs and the organization as a whole. To that end, members of the Party organized a number of fundraising events in order to collect money, food, and kitchen supplies from local churches and businesses.

By 1969, the Breakfast Program could be found in every city with a BPP chapter including Philadelphia, Seattle, and New York City. The success of these programs coincided with the federal government’s efforts to quell the Party and limit its influence on black communities across the country and the globe. Under the auspices of COINTELPRO, a counterintelligence program run by FBI agents, director Edgar J. Hoover and others devised a range of strategies aimed at destroying the BPP. 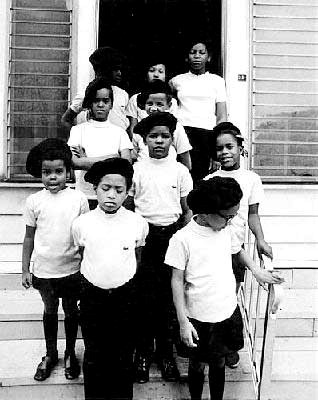 Along with propaganda, infiltration, and various attempts to discredit the organization, the FBI also targeted the BPP’s Free Breakfast for Children Program. Melvin Dickson, a former member of the BPP, has argued that the FBI disliked the BPP because the Party helped to shed light on the failure of the U.S. government to address issues of poverty. According to Dickson, “[the U.S. government] have all this money, but here we are, a grassroots organization feeding kids all across the U.S.” During his tenure in the BPP, Dickson ran the BPP’s Breakfast Program at the Atlantic Street Center in Seattle, Washington, which opened in 1969. “We wanted to give [people] the organizational skills, so [they] could do things [for] themselves,” Dickson explained.[4]

[1] Quoted in Joshua Bloom and Waldo Martin, Black Empire: The History and Politics of the Black Panther Party (Berkeley: University of California Press, 2013), 478.