loading...
By Ibram X. Kendi January 9, 2017 Comments Off on Suspect Freedoms: A New Book on Afro-Cubans in New York

This post is part of my blog series that announces the publication of selected new books in African American History and African Diaspora Studies. Today is the release date for Suspect Freedoms: The Racial and Sexual Politics of Cubanidad in New York, 1823-1957, published by NYU Press. 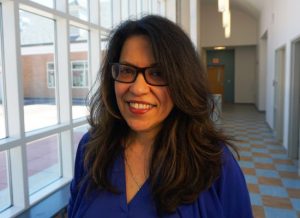 The author of Suspect Freedoms is Nancy Raquel Mirabal. Professor Mirabal is an associate professor of American Studies and U.S. Latina/o Studies at the University of Maryland, College Park. She is also the Director of the U.S. Latina/o Studies (USLT) program and on the Advisory Board for the Center for Global Migration Studies. Mirabal earned a Ph.D. in History from the University of Michigan, Ann Arbor and has published widely in the fields of Afro-diasporic, gentrification, and spatial studies.  She is the co-editor with Deborah Vargas and Larry LaFountain Stokes of Keywords in Latina/o Studies, which is set for release by NYU Press in 2018. Her next project examines the politics of archival spaces, dissonant discourses, and spatial inquiry. She is a a recipient of a variety of fellowships, including the Scholar in Residence Fellowship at The Schomburg Center for Research in Black Culture, the University Chancellor Postdoctoral Fellowship for Academic Diversity at the University of California, Berkeley, and the International Migration Postdoctoral Fellowship with the Social Science Research Council. Professor Mirabal also served as a Distinguished Lecturer for the Organization of American Historians (OAH) from 2005 to 2010. Follower Professor Mirabal on Twitter @nrmirabal. 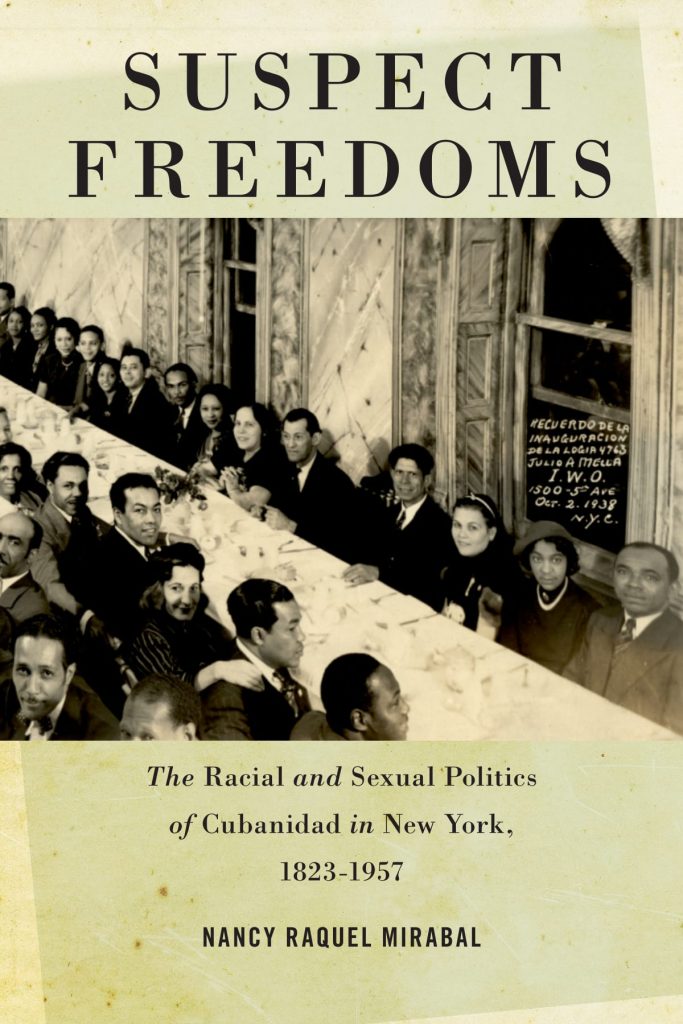 Beginning in the early nineteenth century, Cubans migrated to New York City to organize and protest against Spanish colonial rule.  While revolutionary wars raged in Cuba, expatriates envisioned, dissected, and redefined meanings of independence and nationhood. An underlying element was the concept of Cubanidad, a shared sense of what it meant to be Cuban. Deeply influenced by discussions of slavery, freedom, masculinity, and United States imperialism, the question of what and who constituted “being Cuban” remained in-flux and often, suspect.

The first book to explore Cuban racial and sexual politics in New York during the nineteenth and twentieth centuries, Suspect Freedoms chronicles the largely unexamined and often forgotten history of more than a hundred years of Cuban exile, migration, diaspora, and community formation. Nancy Raquel Mirabal delves into the rich cache of primary sources, archival documents, literary texts, club records, newspapers, photographs, and oral histories to write what Michel Rolph Trouillot has termed an “unthinkable history.” Situating this pivotal era within larger theoretical discussions of potential, future, visibility, and belonging, Mirabal shows how these transformations complicated meanings of territoriality, gender, race, power, and labor. She argues that slavery, nation, and the fear that Cuba would become “another Haiti” were critical in the making of early diasporic Cubanidades, and documents how, by the late nineteenth and early twentieth centuries, Afro-Cubans were authors of their own experiences; organizing movements, publishing texts, and establishing important political, revolutionary, and social clubs.  Meticulously documented and deftly crafted, Suspect Freedoms unravels a nuanced and vital history.

A ground-breaking work of historical scholarship. Ambitious and wide-ranging, Suspect Freedoms redefines the way we understand the relationship between the Cuban diaspora, Afro-Cuban activism and intellectual history, and their intersections with African American history and thought, especially in New York City. Building upon a dazzling array of sources and contributing to theoretical understanding of concepts like nation and diaspora, this original and profound work establishes Nancy Raquel Mirabal as a major historian and thinker.” —Farah Jasmine Griffin, Professor of English and Comparative Literature and African American Studies, Columbia University.

Ibram X. Kendi: Tell us a little bit about how you produced the book. What were your source material, intellectual approaches, and writing style?

Nancy Raquel Mirabal: Suspect Freedoms is the book I wanted to read. As an U.S. historian who studies Afro-diasporic and Latinx histories, I was surprised by how little had been published on the history of Cuban diasporic history and Afro-Cuban intellectual production in the U.S., especially in the 19th and early 20th centuries. It was my desire to learn more and ask the questions that had yet to be explored that inspired me to write this book. In the process, I became fascinated by the narratives, histories, and stories we do not tell and the reasons for that.  Throughout the book, I am constantly questioning why certain histories have been documented and others neglected, especially when there are sources and archival materials that speak to the silencing and at certain moments, active erasing of histories. It was important for me that readers understand how such histories uproot traditional narratives.

To write such a book–one that both uses and problematizes sources–it was necessary to employ multiple and various historical materials, theories, methods, and approaches, including discourse, content, and textual analyses. My oral histories of Melba Alvarado, an Afro-Cuban migrant who left Cuba for New York in 1936, grounds the book. I wanted to have an Afro-Cuban woman be the intellectual authority and direction for this research. With that, I integrate a series of newspapers ranging from the 19th to 20th centuries; immigrant, mainstream, and black press; club records; journals; pamphlets; biographies; oral histories; photographs; and all forms of transnational texts.