This post is part of our online roundtable on Black Women and the Politics of Respectability. 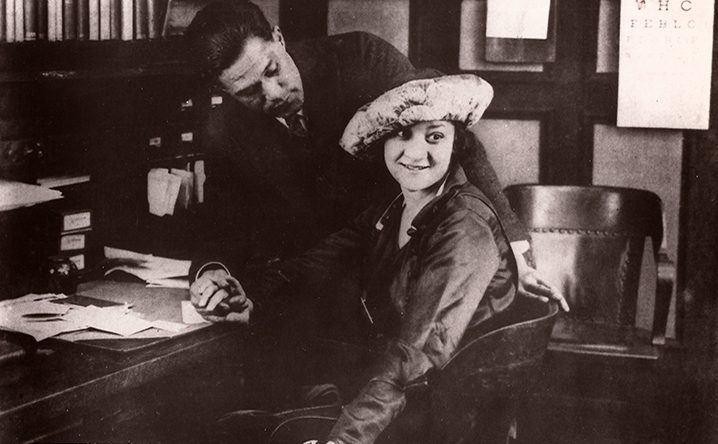 The politics of respectability were a response to the racist representations of and routine attacks on black female sexuality, character, and intellect. They enabled black women to enact subversive strategies of resistance. They were also a means for negotiating and managing the class, educational, and regional distinctions within African American communities, with an old settler establishment seeking to control what were deemed unruly and uncouth newcomers. In the early twentieth century, “those who adopted an old settler respectability wanted to present a unified and positive public image of the race to counteract the cultural assumptions of white supremacy; they believed that a leadership class could help better the conditions of working-class migrants,” explained Davarian Baldwin in his study of the Great Migration in Chicago.

Considerable scholarship has looked at the role of black women’s clubs, black male leadership, and reform organizations in their quest for racial uplift, of which respectability was a core goal. Little attention, however, has focused on how mass media constructed and disseminated these messages. This essay investigates the rhetoric and strategies of the black press and race movies in the 1920s. This was a highly gendered project; women were presented as African Americans’ moral standard-bearers and thus as ultimately responsible for racial progress. Black female educators and reformers were often at the forefront of promulgating these ideals. Writer and activist Anna Julia Cooper famously declared, “Now the fundamental agency under God in the regeneration, the retraining of the race, as well as the ground work and starting point of its progress upward, must be the black woman.”

Evelyn Brooks Higginbotham’s influential study of black Baptist clubwomen at the turn of the twentieth century described how they sought to influence new settlers with the principles of respectability in order to control “the construction and representation of themselves as new subjectivities—as Americans as well as blacks and women.” Victoria Wolcott, who studied Detroit during this period, argued that bourgeois notions of respectability reflected elite women’s “desire to act as unblemished representatives of the race” as well as their interests in the welfare of their poor and working-class sisters. In this era of black reform activism, the family was extolled as a refuge from the instability of the modern world, and chastity and marriage were required for women to be viewed as respectable. The preservation of black female chastity and purity was of paramount concern among African American elites seeking to escape the trauma and stigma of black women’s sexual exploitation during slavery. It is not surprising, then, that policing black women’s public performance of their sexuality would become a chief strategy.

The press was a primary conduit for discussing black female respectability. The elite women studied by Higginbotham regularly wrote columns and articles extolling the core precepts of hard work, piety, cleanliness, sexual purity, and temperance in periodicals like The Crisis or the National Baptist Union newspaper. The Crisis editor W. E. B. Du Bois declared that it was up to “the pure and noble-minded women to fight an army of devils that disgraces our manhood and womanhood,” and he often told black women that their core responsibility was the Victorian ideal of motherhood—to transmit culture and knowledge to the next generation.

The rapidly-growing weekly black press most effectively reached and influenced a mass working-class audience. Many, like the Chicago Defender, took the shaping of new settler behaviors as part of their responsibility, becoming key advocates of respectability politics in the process. In a 1917 column, for example, the newspaper roundly denounced the public faux pas of new settlers and called on black citizens to “endeavor to warn and teach those, who by their acts bring reproach upon the colored people of this city…”1 Warnings against aggressive demeanor, drinking and cursing in public, and provoking fights were generally directed at men. Female respectability often revolved around tropes of motherhood, modesty, and sexual purity. A regular columnist for the Defender’s competitor, the Chicago Broad Ax, waxed nostalgic about “our mothers” who treasured “modesty, innocence and respectful regard for all the prerequisite virtues that constituted the lady of their period.” In contrast, the younger generation no longer held these principles “sacred” and eschewed “standards of decency,” he lamented.2

Black newspapers also deployed cautionary tales to alert women to danger and to shape their understanding of risk and the forbidden. Respectability was not only a project that sought to alter the representations of blackness, it was also a practical regime devised for women’s protection. An article in the Washington Bee, for example, offered a salacious look at a case of black women in prostitution, blaming them for losing their respectability and thus harming the race. Pedagogies of respectability were also conveyed through the advice genre, including one of the Chicago Defender’s columns, “Advice to the Wise, and Otherwise,” written throughout the 1920s by a popular female spiritualist under the pen name “Princess Mysteria.” One letter, from a woman who admitted to a life of prostitution, asked, “Can I claim a right to a decent, clean love, or must I continue to wonder from one illicit love to another, always pretending?” The columnist, whose advice often sought to empower black women with a sense of hope and forgiveness, answered, “Yes, you can claim a right to respectability. Any woman can, no matter how deep dyed in sin she may be.”3

While the black press offered a broad range of lessons regarding how to become and remain respectable, “race movies” staged the politics of respectability for all to see. Renowned filmmaker Oscar Micheaux helped to usher in the genre of “race melodrama” and was concerned with reforming new settler behaviors while engaging in social protest and consciousness-raising. Like his counterparts in the black press, Micheaux was both an entrepreneur and an activist, seeing cinema as a tool for reform and social change as well as entertainment. His film Within Our Gates was released in 1920 to considerable controversy and remains a valuable extant text of black American aesthetics and politics.

The film opens with the protagonist Sylvia, a Boston schoolteacher, living in a “respectable” boarding house in the North. She is well-dressed and groomed, shown reading in a formal sitting room and articulating formal speech, all signs of middle-class attainment. An intertitle describes her as “typical of the intelligent Negro of our times.” Sylvia’s demure behavior, her Victorian surroundings, and her manner in relationships with men all offer the viewer pedagogies of respectable womanhood. This is contrasted to an early scene in a bar or speakeasy in which men and women drink, smoke cigarettes, and play cards—later leading to murder and mayhem. The murderer, a handsome and well-dressed ne’er-do-well, romantically pursues Sylvia but she remains honorable and upright—never indulging in such dangerous associations. She is the quintessential race woman—a dedicated teacher and philanthropist.

The central, and most controversial, story line of Within Our Gates is a flashback sequence in which Sylvia recalls the lynching of her adoptive parents and the attempted rape by a white man who turns out to be her father. Within Our Gates condemns racial violence rather than black women’s moral weakness. The centrality of marriage and male protection remains paramount, however. The film’s happy ending is reliant on finding the right man, in this case one who is also educated, noble, and caring. Her true love, Dr. Vivian, accepts Sylvia and encourages her to honor and recognize her legacy of miscegenation and racial violence. For African Americans who enjoyed the entertainments of “the stroll” on Chicago’s south side, or on Harlem’s 125th Street, or in numerous other American cities, the symbols and messages about respectability were everywhere, sustained by a popular media that saw their efforts as part of the public good.

Jane Rhodes is Professor and Head of the Department of African American Studies at the University of Illinois at Chicago. Rhodes is author of Mary Ann Shadd Cary: The Black Press and Protest in the Nineteenth Century (Indiana University Press 1998), Framing the Black Panthers: The Spectacular Rise of a Black Power Icon (The New Press 2007; University of Illinois Press 2017), and numerous articles and chapters on black social movements, media, and the politics of representation.

Comments on “Race, Media, and Black Womanhood in the Early Twentieth Century”