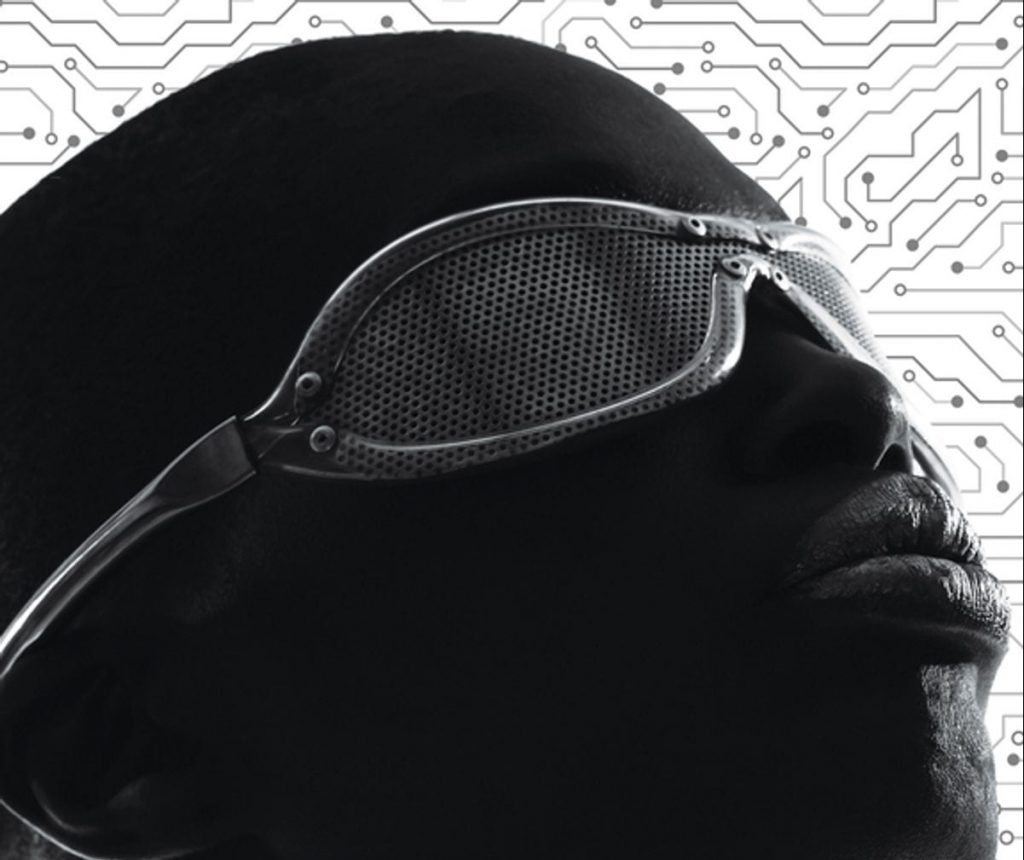 In February 2020, a Black woman tweeted about how Britain’s automated passport processing system deemed her photo unacceptable because her mouth “appear[ed] to be open.” Her mouth, as pictured in the screenshot of the message, was fully closed. In her own words, “the digital system can’t process these lips,” which are full and round, as they are on many Black people. The tweet’s multiple laughing emojis framed the situation as humorous, and many in the replies made jokes about White people’s thin lips causing the problem. Others were quick to point out that this was an example of serious racial bias in the passport system specifically and in artificial intelligence more broadly. People in the replies shared their own examples: one Black woman’s photo was rejected because her afro was interpreted as a dark background; a dark-skinned Black woman’s photo was rejected because it was “too dark”; an Asian man’s photo was rejected because the system read his eyes as closed. General consensus was that the system had clearly been developed based on primarily white faces, and many were indignant that the people who developed the system did not anticipate (or care) that this would be a problem.

The inability of the passport system to recognize physical features of people of color is a perfect example of what Ruha Benjamin terms “engineered inequity.” The automated system was intended to make processing better for everyone, but it was designed in a way that only works for some. In Race After Technology: Abolitionist Tools for the New Jim Code (2019), Ruha Benjamin details precisely how modern automated technology – everything from soap dispensers and word processors to facial recognition software and predictive crime algorithms – can perpetuate existing structures of discrimination through its design and application. Race After Technology critically examines the ideologies and practices of technology companies in the U.S. and developed countries around the world in the current era of big data, surveillance, and rapid technological development. Benjamin methodically exposes the inaccuracy of the commonly held belief that technological developments are necessarily good for society. She demonstrates that, because all technology is created by humans and learns from human-generated data, none is free from human biases and shortcoming. Automated technology is especially prone to discriminatory outcomes precisely because so many developers and members of the general public believe that robots (as a catch-all term for automated tech objects) are inherently objective and therefore can perform tasks better than humans.

Benjamin’s expertise in African American Studies and the social dimensions of science and technology is evidenced in her deeply contextualized analysis of how emerging technologies that come from anti-Black societies and cultures can perpetuate white supremacy. She combines theory and methods from the fields of science and technology studies (STS) and critical race studies (CRT) – an approach she terms race critical code studies – to illuminate the harmful consequences of supposedly race-neutral tech policies and practices. Although her analytical focus is on the ideologies behind and outcomes of automated technology of the 21st century (particularly the past decade), Benjamin grounds her analyses in historical precedents that made current technological practices possible.

The book’s central argument is encapsulated in the concept of the New Jim Code. Benjamin defines the New Jim Code as “the employment of new technologies that reflect and reproduce existing inequities but that are promoted and perceived as more objective or progressive than the discriminatory systems of a previous era” (p.6). This concept draws on Michelle Alexander’s (2012) book The New Jim Crow, specifically her “emphasis on a shift from explicit racialization to a colorblind ideology that masks the destruction wrought” by inherently discriminatory social structures (p.9). Benjamin argues that exposing how the New Jim Code perpetuates inequity is the required first step to being more conscious technology consumers who can work to not only resist but dismantle the systems of racial discrimination (particularly anti-Black racism) embedded in emergent technology. Understanding how the New Jim Code operates, she asserts, illuminates how race itself is a tool intended to “stratify and sanctify social injustice” (p.17). 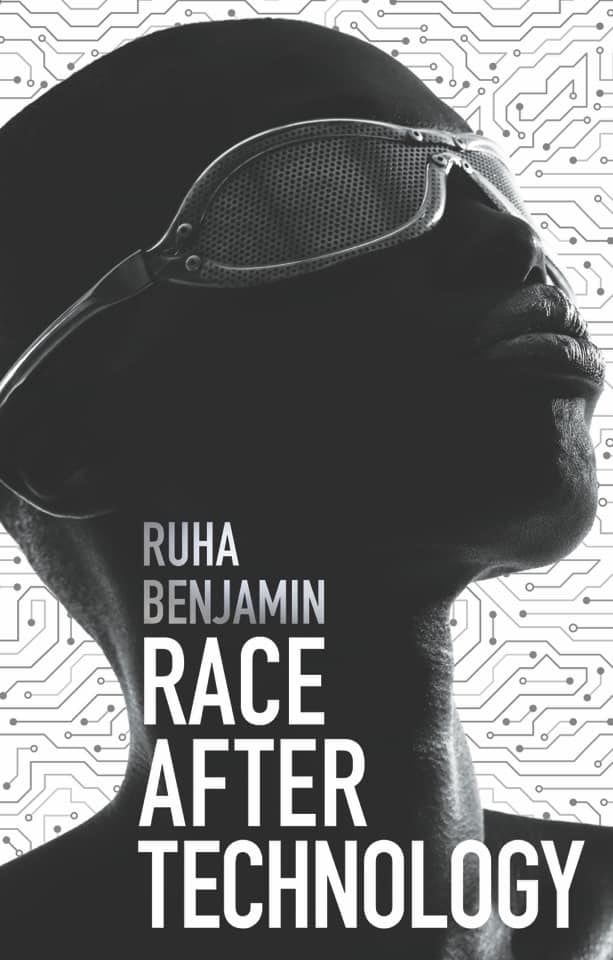 Race After Technology demonstrates the extent to which the New Jim Code has permeated modern technology by dedicating a chapter each to four interconnected topics. The first chapter analyzes how human social bias is engineered into automated technology: (overwhelmingly white and male) programmers fail to recognize how their understanding of technology is informed by their identities, and the raw data on which robots of all types are trained are products of racist, sexist, and classist societies. The second chapter demonstrates how failure to recognize this bias leads to predictive technology that creates racist self-fulfilling prophecies: systematic discrimination is treated as a “glitch” in an otherwise optimal system, and biased training data leads to biased outcomes (e.g., overpredicting communities of color for crime) that are fed back into the algorithm. The third chapter analyzes the concepts of exposure and visibility as they relate to technological surveillance: facial recognition technology, eugenic science, and flawed technological measures of identity have the greatest negative impact on Black people and other people of color precisely because they are designed as tools of control for the state. The fourth chapter analyzes and undermines the belief in technological benevolence in the fields of marketing, health, and policing: what developers promote as efficient “fixes” through targeting and customization are functionally enhanced forms of surveillance that negatively affect marginalized populations.

The “abolitionist toolkit” for the New Jim Code is discussed in the final chapter of the book.  Each of the preceding four analytical chapters provides readers with new ways of critically thinking about technology and our consumption of it, and examples of resistance by members of the tech industry as well as community members occur throughout the book. In the final chapter, however, Benjamin details technological practices grounded in an emancipatory and visionary ethos. These are endeavors to fundamentally change racist social structures and the discriminatory technologies that perpetuate them, such as a non-profit app that crowdsources funds to pay Black people’s bail compared to financial investment in a company that produces and profits from ankle monitors. By demonstrating in prior chapters how entrenched racism and anti-Blackness is in emergent technology and how discriminatory technology morphs and adapts over time, Benjamin lays the groundwork for her claims in this chapter that resistance is not enough. Ideologies of co-liberation and equity, and future-oriented design that recognizes technology’s inevitable potential to do harm are requirements in this abolitionist toolkit.

Race After Technology is both an accessible introduction to the world of science and technology research and a thorough review of academic literature on racial inequity in the field. Benjamin maintains a sense of relatability throughout the book by combining personal anecdotes with scholarly references and analyses. She brings together recent events around the world; scholarly research in STS, critical race studies, sociology, criminology and other fields; investigative and popular journalism; entertainment media such as film and television; and archival documents including visual advertisements and photographs. Through these varied sources of evidence, she demonstrates that her claims are grounded in and in dialogue with rigorous research; she also illustrates the varied ways that ideologies about race and technology and have manifested over the past 60+ years. The range of technologies that she references as examples of the New Jim Code highlight how inescapable discriminatory modern technology is in the everyday life of anyone with access to it. Regardless of a reader’s level of familiarity with the fields of study that Benjamin draws on, they will be able to understand the material consequences of the New Jim Code and how it applies to their own life experiences. Benjamin’s analysis moves deftly between the individual, community, societal, and global applications of technology, leaving any reader – regardless of ethnoracial identity – hard-pressed to make a valid claim that the New Jim Code does not affect them.

Kendra Calhoun is a PhD Candidate in the Department of Linguistics at the University of California, Santa Barbara. Her research interest include:Sociocultural linguistics, linguistic anthropology, language and race, online discourse and multimodality, humor and activism on social media, language attitudes and ideologies, youth language and culture, African American Language. Follow her on twitter @_kendracalhoun.

Comments on “Race After Technology”