This post is part of my blog series that announces the release of new films in African American History and African Diaspora Studies. Today, I am featuring “QUEST” which began screening across the country in November 2017. 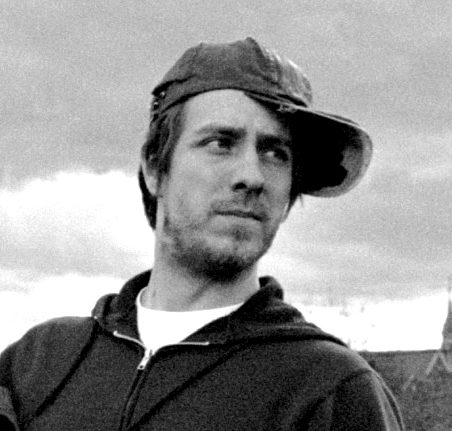 The director of “QUEST” is Jonathan Olshefski, an artist and documentary filmmaker. In 2017, he was named one of the “25 New Faces in Independent Film” by Filmmaker Magazine, and was listed in the New York Times as one of “The 9 New Directors You Need to Watch.” QUEST is his debut feature documentary and premiered in competition at the 2017 Sundance Film Festival. Olshefski strives to tell intimate and nuanced stories that honor his subjects’ complexity by employing a production process that emphasizes collaboration, dialogue, and relationship to amplify their voices and reflect their points of view in an artful way. He has an MFA in Film and Media Arts from Temple University and is currently an Associate Professor of Radio, TV and Film at Rowan University. He lives in Philadelphia with his wife and two sons. 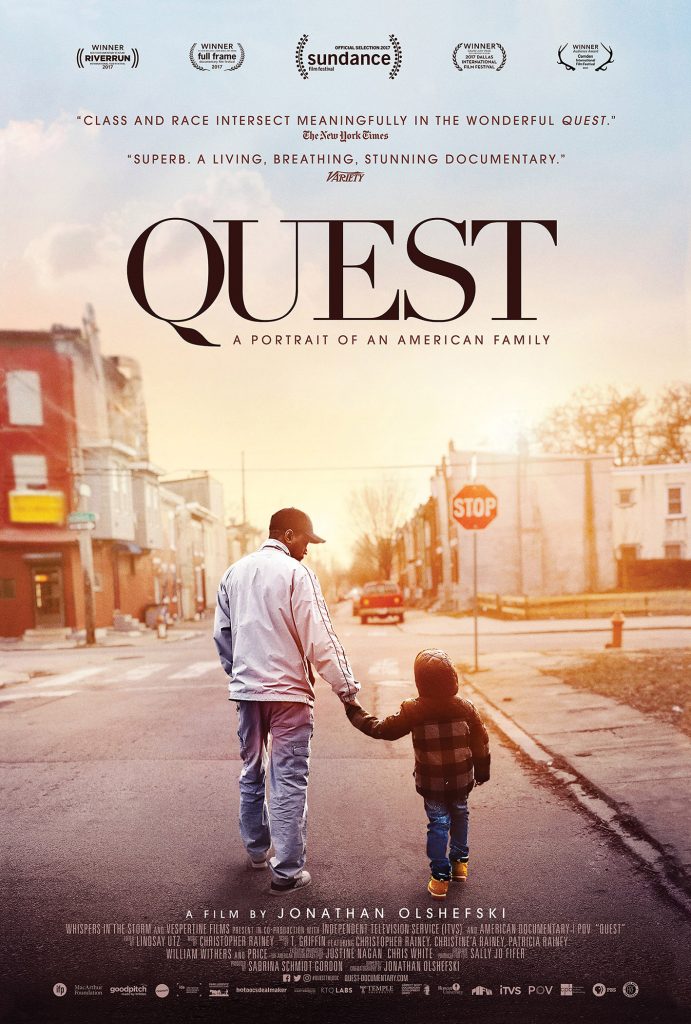 Filmed with vérité intimacy for over a decade, QUEST is the moving portrait of a family in North Philadelphia. Christopher “Quest” Rainey, along with his wife Christine’a, aka “Ma Quest,” open the door to their home music studio, which serves as a creative sanctuary from the strife that grips their neighborhood. Over the years, the family evolves as everyday life brings a mix of joy and unexpected crisis. Set against the backdrop of a country now in turmoil, QUEST is a tender depiction of an American family whose journey is a profound testament to love, healing and hope.

Michael T. Barry Jr.: How is QUEST a unique or innovative documentary film? What truths about modern life in America does the film’s unique approach help convey?

Jonathan Olshefski: I think that QUEST is special because of the relationship developed between filmmaker and subject over a span of about ten years. This certainly isn’t the first film that has incorporated this approach, but follows a film-making tradition that creates an opportunity for extremely intimate and powerful storytelling if that collaborative sensibility carries over into the edit and exhibition of the film. The significant time spent and the investment in the relationship over time allows the filmmaker more time to discover and reflect the subjects’ point of view rather than impose an external narrative upon them.

The goal for the film was to depict the life of a family as they experience it and hopefully build a connection between them and viewers. I am heartened that many viewers seem to be connecting to the Rainey family in a profound way. Also, it’s not just about craft. The subjects of the QUEST are incredible people who go through some significant experiences and their desire and commitment to share their story is what makes the whole thing work.

I think that QUEST reveals the beauty and complexity of life in a community that has been neglected and outright pillaged. Despite the challenges a community faces it can still be defined by the love that people have for each other. Many mainstream narratives focus solely on the sad, depressing, and scary aspects of living in places like North Philly, which reinforces a sense of distance and otherness that serves to perpetuate the problem. QUEST attempts to shift the narrative and convey a spectrum of experiences that any American family can relate to.

QUEST focuses on universal moments and invites all viewers (whether another North Philly resident or someone living in what seems to be a world apart) to see themselves in the details of the Rainey family’s experience and acknowledge shared hopes, dreams, and values. I think the film reveals that communities are needlessly divided from each other and that in order to bring healing we need to come together and take the time to listen to each other’s stories. Once we spend some time listening and realize that this disconnect is a loss for everyone we are better equipped to take meaningful action to address the issues that threaten our communities. We need each other.