loading...
By Ibram X. Kendi November 16, 2016 Comments Off on Progressive Mothers, Better Babies: A New Book on Race and Public Health in Brazil

This post is part of a blog series I am editing, which announces the release of selected new works in African American History and African Diaspora Studies. Progressive Mothers, Better Babies: Race, Public Health, and the State in Brazil, 1850-1945 was recently released by the University of Texas Press. 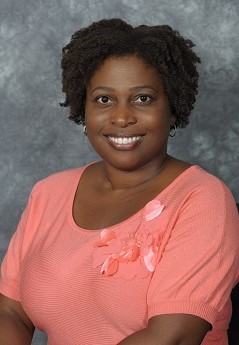 The author of Progressive Mothers, Better Babies is Okezi T. Otovo. Professor Otovo is a historian of Latin America at Florida International University (FIU) who specializes in the social, political, and cultural history of Modern Brazil. At FIU she serves as Assistant Professor of History, a Core Faculty member of the African and African Diaspora Studies Program, and an Affiliate Faculty member of the Kimberly Green Latin American and Caribbean Center where she also currently serves as Director of Academic Programs.

She has published research articles in the Luso-Brazilian Review, Law & History Review, and the Brazilian Revista da Associação Brasileira de Pesquisadores(as) Negros(as) along with a number of book reviews. She has two book chapters forthcoming, and her next book project is a history of disease and social marginalization in 20th century Brazil. 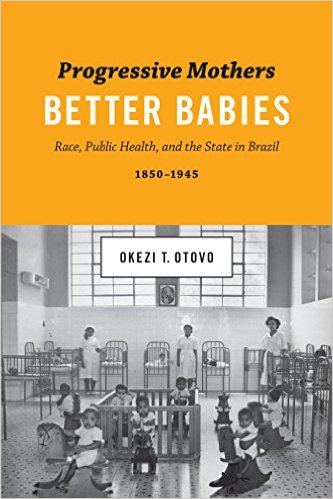 In Bahia, Brazil, the decades following emancipation saw the rise of reformers who sought to reshape the citizenry by educating Bahian women in methods for raising “better babies.” The idealized Brazilian would be better equipped to contribute to the labor and organizational needs of a modern nation. Backed by many physicians, politicians, and intellectuals, the resulting welfare programs for mothers and children mirrored complex debates about Brazilian nationality. Examining the local and national contours of this movement, Progressive Mothers, Better Babies investigates families, medical institutions, state-building, and social stratification to trace the resulting policies, which gathered momentum in the aftermath of abolition (1888) and the declaration of the First Republic (1889), culminating during the administration of President Getúlio Vargas (1930–1945).

Demonstrating the cultural discourses on race, gender, and poverty that permeated medical knowledge and the public health system, Okezi T. Otovo draws on extensive archival research to reconstruct the implications for Bahia, where family patronage politics governed poor women’s labor as the mothers who were the focus of medical interventions were often the nannies and nursemaids of society’s wealthier families. The book reveals key transition points as the state of Bahia transformed from being a place where poor families could expect few social services to becoming the home of numerous programs targeting the poorest mothers and their children. Negotiating crucial questions of identity, this history sheds new light on larger debates about Brazil’s past and future.

“An exciting study about the evolution of pregnancy, motherhood, and infancy in Bahia, Brazil, in the century spanning the abolition of slavery. This book will be fundamental to the field of maternity and childhood studies in Latin America.” ―Jerry Dávila, University of Illinois, author of Hotel Tropico: Brazil and the Challenge of African Decolonization

Okezi T. Otovo: This book seeks to make several interventions into the existing literature on Brazilian history and the post-abolition experiences of peoples of African descent in the Americas. I hope it inspires questions about the complexities of women of color’s reproductive labor—how that labor has been commodified and institutionalized over time while also serving as a point of departure for a politics of resistance in intellectualism and activism. I would like to see more of a scholarly dialogue across national borders about black motherhood and black women’s activism, bringing into relief political and socioeconomic constraints caused by racial and gender exclusion as well as opportunities and counter-narratives created by women of color around motherhood and womanhood. One way to think about this is to consider the impact of both understandings and experiences of race and gender ideologies on public policy and state-building in the 19th and 20th centuries. In the book, I analyze the intersection of racial and gender constructs, investigating how changing ideas about race and gender had important implications for public health policy and how policy was informed by those constructs as well.

Though the studies are few in number, there are a growing number of works across disciplines that center women of color in modern Brazilian studies—a trend I see across Latin American and Caribbean historiography as well. These types of investigations are vitally important for advancing the literature and crafting better answers to big questions. Some of these questions include how to read major national transitions on the local level, to visualize alternative social actors as producers of social change, and to unearth the ideological and policy underpinnings of social inequality. Within this, it is key to emphasize the multifaceted politics and positionality of women of color within the nation. In Progressive Mothers, Better Babies, rather than see black and brown women exclusively as the objects of top-down reforms, I argue that public health policy actually represented an (incomplete) expansion of Brazilian citizenship through the inclusion of previously marginalized sectors. This is why familial experiences in the public health and welfare system are so critical to this analysis.

In my sub-field of the social history of medicine, more studies are utilizing family and community experiences to foreground the relationship between state and society and to highlight the myriad of ways that conceptions of healthy and ill bodies have informed citizenship and access to resources over time. In my own work, I integrate medical theories about motherhood and families with widely-shared cultural ideas. I intend this approach to problematize the issue of who produces knowledge that informs health policy and health care institutions. For Brazil, this means thinking critically about how broad cultural understandings of the “proper place” of women of color infiltrated into policies and practices. It also means analyzing the cultural imaginary of the state of Bahia, where most of the evidence in the book comes from, and the long-held problematic notion that Bahia is the locus of Brazil’s most “traditional” and most “African” expressions. This methodological approach underscores that medical knowledge and cultural knowledge are not mutually exclusive, but rather have a dynamic relationship to each other, existing in both partial correspondence and in partial tension.