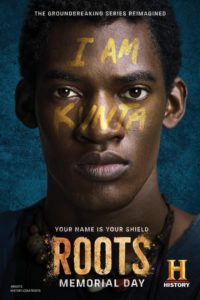 For a generation of open-minded Americans, the original Roots miniseries in 1977 uprooted fields of racist ideas of backward Africa, of civilizing slavery, and of African American roots in slavery. The timeworn plantation genre of happy mammies and Sambos was gone with the wind.

I am faintly hoping that the new Roots miniseries on the History Channel had the same antiracist impact, especially in uprooting one tree of racist thought that has grown rapidly in recent years. I am talking about the theory that Black people are suffering from post-traumatic slave syndrome, or PTSS. It is one of the many tragically real and imagined post-traumatic disorders on the docket for recognition this month, this National Post Traumatic Stress Disorder Awareness Month.

But again, my hope is faint. I suspect the new Roots, quite unintentionally, has actually grown more believers in post-traumatic slave syndrome. The brutality of slavery showcased in the new Roots seemed far more traumatic than the original miniseries.

DeGruy added PTSS to the library of theories imagining that slavery and on-going oppression had largely fashioned Black behavioral (and genetic) deficiencies. PTSS joined other recent additions to the library, theories with names like the “slavery-hypertension hypothesis” and “hood disease” and the “legacy of defeat.”

When racist proslavery Whites in the 19th century claimed slavery had taken Black people from the wilds of Africa and civilized them, abolitionists and scholars flipped the script in their responses. They replied that slavery (and later segregation) had degraded Black people, ravishing their minds as much as their bodies. Racial reformers, whether they identified as liberal, progressive, or radical, have done the same ever since, agreeing with the racist premise of Black inferiority, and then claiming the inferiority stemmed from the history of oppression. I call this the oppression-inferiority thesis. And its articulators today are usually firm believers that Black lives matter, women and men dedicated to eradicating what DeGruy insightfully terms “an invasive and pernicious racism.”

I must confess I was a PTSS theorist for most of my intellectual life. So in pinpointing their racist ideas, I am pinpointing my own racist ideas. DeGruy’s well-intentioned Post Traumatic Slave Syndrome hit bookstores the year I began my graduate school reading binge. I did not confront my own beliefs in PTSS until I started self-reflecting and self-censuring as I wrote my new book, Stamped from the Beginning: The Definitive History of Racist Ideas in America. 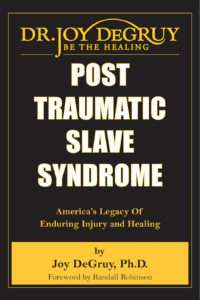 But the logic and progressive flair of PTSS does not make it true. PTSS theorists rely on anecdotal evidence. And in customary racist fashion, they generalize the anecdotal negativities of individual Blacks in order to establish the problem of negative Black behaviors. PTSS theorists have not proven these negative behaviors are a Black problem; that Black people behave more negatively than other groups, let alone that these negative Black behaviors largely stem from a heritage of trauma.

What’s worse, this historical theory is quite ahistorical. For Americans suffering from racist ideas, it has been inconceivable that the attitudes and behaviors of Black people had not been damaged by the traumas of slavery: that Black people could dance into freedom without skipping a human beat. But when antiracist historians study enslaved and freed Black communities before, during, and after the Civil War that is precisely what we see—an imperfect people behaviorally equal to Whites, even as the equal races were not the same culturally, even as Blacks were not equal economically and politically. According to the historical record, Black people certainly had the physical scars from slavery, but mentally, they were not scarred. Countless historians have chronicled freed Blacks successful struts off plantations and into politics, labor organizing, artistry, entrepreneurship, club building, church building, school building, community building—buildings that were oftentimes razed not by self-destructive PTSS, but the fiery hand of Jim Crow.

For every historical anecdote that PTSS theorists could present supposedly proving oppression’s negative impact on the behaviors of Black individuals, I could present anecdotes of similar behaviors of White individuals. I could present anecdotes “proving” oppression’s positive—for lack of a better word—impact on the behaviors of some Black individuals. We all know all that literature, all those anecdotes and iconic quotes proclaiming the enhancing effects of terrible adversity. We all know those giants from Sojourner Truth to Frederick Douglass to Ida B. Wells-Barnett to Fannie Lou Hamer to Malcolm X to Muhammad Ali to Angela Davis who fought back harder and stronger after racist trauma. 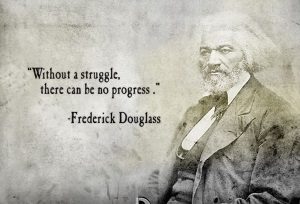 Only Americans suffering from racist ideas see negative Black behaviors. For antiracists, negative behaviors are what makes Black people a human group—imperfectly equal to all other imperfect human racial groups. Every racial group has a similar number of individuals who behave negatively and positively (even as racist theorists have for centuries tried to convince us otherwise with misleading theories and statistics). That is what it truly means to think as an antiracist: to think there is nothing wrong or dysfunctional or negative about Black people as a group, to think the racial groups are equal.

Then again, there is one thing wrong with Black people. I am referring to Black people “belittling” Black people. And PTSS theorists have insightfully pointed out this wrong, even as they fell victim to it. Black people—myself included—have consumed this history of racist ideas—all those deliberate efforts to make Black people believe there is something wrong with us and that is why we are enslaved, segregated, and now mass incarcerated—and that is why we are on the low end of racial disparities. It is not (all) about fighting discrimination and exploitation, racist theorists claim. Apparently, Black people—their attitudes and behaviors—need to be healed, civilized, developed too. Though deeply well-intentioned, these liberal and progressive ideas have been deeply racist.

This is the powerful lesson of Alex Haley’s Roots. This iconic story should have showed Americans once again that despite experiencing a modern history of traumatic oppression, Black people have found a way to maintain their equally imperfect humanity.

Comments on “Post-Traumatic Slave Syndrome is a Racist Idea”