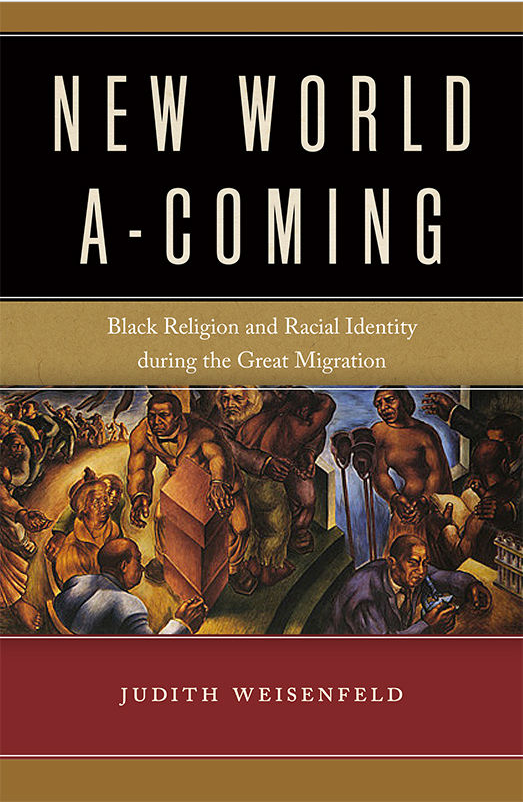 Focusing on the Moorish Science Temple, the Nation of Islam, Father Divine’s Peace Mission Movement, and a number of congregations of Ethiopian Hebrews, Judith Weisenfeld argues that the appeal of these groups lay not only in the new religious opportunities membership provided, but also in the novel ways they formulated a religio-racial identity. Arguing that members of these groups understood their religious and racial identities as divinely-ordained and inseparable, the book examines how this sense of self shaped their conceptions of their bodies, families, religious and social communities, space and place, and political sensibilities.

Weisenfeld draws on extensive archival research and incorporates a rich array of sources to highlight the experiences of average members. The book demonstrates that the efforts by members of these movements to contest conventional racial categorization contributed to broader discussions in black America about the nature of racial identity and the collective future of black people that still resonate today. 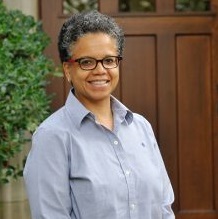 Judith Weisenfeld is the Agate Brown and George L. Collord Professor of Religion at Princeton University. Her field is American religious history, with particular emphasis on 20th century African American religious history; religion, race, and gender; and religion in American film and popular culture. She is the author of Hollywood Be Thy Name: African American Religion in American Film, 1929-1949 (University of California Press, 2007) and African American Women and Christian Activism: New York’s Black YWCA, 1905-1945 (Harvard University Press, 1997). Her most recent book, New World A-Coming: Black Religion and Racial Identity during the Great Migration, was published by NYU Press in 2017 and recently received the 2017 Albert J. Raboteau Book Prize for the Best Book in Africana Religions. Follow her on Twitter @JLWeisenfeld. 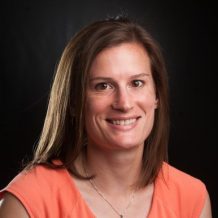 Emily Clark specializes in race and religion in the Americas. She received a B.A. from Austin College, her M.A. in Religious Studies from the University of Missouri, and a Ph.D. in Religion from Florida State University. In addition to American religious studies and religion and race, her research and teaching interests include African American religions, American Catholic history, religious material culture, and Native American religions. Her first book, A Luminous Brotherhood: Afro-Creole Spiritualism in Nineteenth-Century New Orleans (University of North Carolina Press, 2016), explores the racial and religious politics of talking to the dead. She is currently at work on a monograph on Jesuit missions and Native communities in the Pacific Northwest, as well as co-editing a volume on digital humanities and material religion. She is the co-director the Gonzaga Digital Humanities Initiative and serves as Associate Editor for the Journal of Southern Religion. She was also recently selected as a fellow in the Young Scholars in American Religion program at the Center for Religion and American Culture for 2016-2017. Follow her on Twitter @clark_ems. 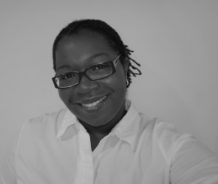 Rhon S. Manigault-Bryant is Associate Professor of Africana Studies at Williams College. After completing her undergraduate education at Duke University, she received a Master of Divinity from Candler School of Theology at Emory University and a PhD in Religion from Emory’s Graduate School of Arts and Sciences. She is the author of Talking to the Dead: Religion, Music, and Lived Memory among Gullah/Geechee Women (Duke University Press), and co-author of Womanist and Black Feminist Responses to Tyler Perry’s Productions (Palgrave Macmillan) with Tamura A. Lomax and Carol B. Duncan. A proud native of Moncks Corner, South Carolina, Rhon navigates the academy as a scholar-artist, and teaches courses that merge her life as a vocalist with her interdisciplinary specializations in religion, gender, race, and popular culture. Follow her on Twitter @DoctorRMB. 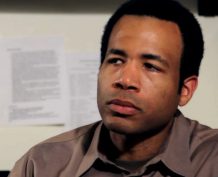 Chernoh Sesay Jr. is an Associate Professor of Religious Studies at DePaul University. He earned my Ph.D. in American History from Northwestern University in 2006. He is currently completing a book manuscript entitled Black Boston and the Making of African-American Freemasonry: Leadership, Religion, and Community in Early America. This study examines the origins of African American Freemasonry and traces the development of black Freemasonry from its founder, Prince Hall, to the famous antebellum abolitionist and member of the African Lodge, David Walker. In this treatment, black Freemasonry and it origins in Boston become a prism through which to consider various relationships between interracial and black politics, religion, and leadership. He is also developing two separate but related research agendas. He is examining the significance of institutional links connecting various African American religious, fraternal, sororal and educational institutions meant to structure and emphasize certain ways of being black in the antebellum United States. He is also exploring how different forms of nineteenth and twentieth-century African American historicism were comprised of aligned and competing theological and secular concerns. Follow him on Twitter at @CMSesayJr1. 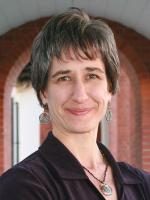 Tisa Wenger is Associate Professor of American Religious History at Yale University. Her research and teaching interests include the history of Christianity in the nineteenth- and twentieth-century United States (especially the American West), the cultural history of the categories of religion and secularism, the politics of religious freedom, and the intersections of race and religion in American history. Her book We Have a Religion: The 1920s Pueblo Indian Dance Controversy and American Religious Freedom (2009) shows how dominant conceptions of religion and religious freedom affected the Pueblo Indians of New Mexico as they sought to protect their religious ceremonies from government suppression, and how that struggle helped reshape mainstream views of religion and the politics of Indian affairs. She is now writing a history of religious freedom as an American ideal, tracing its multiple and shifting deployments throughout U.S. history. Other publications include articles in the Journal of the American Academy of Religion, History of Religions, Journal of the Southwest, and Journal of Feminist Studies in Religion, along with chapters in several edited volumes. Follow her on Twitter @TisaWenger. 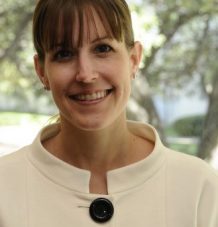 Danielle Brune Sigler is Associate Director for Scholarly Programs at the Harry Ransom Center at the University of Texas at Austin. Before joining the Ransom Center in 2006, she taught American literature at the University of North Texas and religious studies at Austin College. Along with Edward E. Curtis IV, Sigler is co-editor of the anthology The New Black Gods: Arthur Huff Fauset and the Study of African American Religions (Indiana University Press, 2009). The essays in this collection show the diversity of African American religion in the wake of the Great Migration and consider the full field of African American religion from Pentecostalism to Black Judaism, Black Islam, and Father Divine’s Peace Mission Movement. Sigler’s work has appeared in the edited volumes Race, Nation, and Religion in the Americas (Oxford University Press, 2004) and Immigrant Faiths: Transforming Religious Life in America (AltaMira Press, 2005) and in African American Review.

*The Journal of Africana Religions is a peer-reviewed journal, published semi-annually by The Penn State University Press. It offers critical analysis of Africana religions, including the religious traditions of African and African Diasporic peoples as well as religious traditions influenced by the diverse cultural heritage of Africa. An interdisciplinary journal encompassing history, anthropology, Africana studies, gender studies, ethnic studies, religious studies, and other allied disciplines, the Journal of Africana Religions embraces a variety of humanistic and social scientific methodologies in understanding the social, political, and cultural meanings and functions of Africana religions.