loading...
By AAIHS Editors August 8, 2018 Comments Off on Online Forum: The Life and Legacy of Dr. James H. Cone

Black Perspectives, the award-winning blog of the African American Intellectual History Society (AAIHS), is hosting a week-long online forum honoring theologian Rev. Dr. James Cone, one of the chief progenitors of modern Black intellectual thought. Cone’s critical efforts to catalyze Black liberation theology have undoubtedly shaped religion and history, both through the innumerable students he trained but also through the moving of his work in the world. Our upcoming forum will honor his life and legacy, highlighting his influence across the various fields he shaped. Organized by Associate editor J.T. Roane, the forum will feature essays from Lilian Calles Barger, Wende Marshall,Vernon Mitchell Jr., Xavier Pickett, Todne Thomas, Corey D.B. Walker, and Judith Weisenfeld. 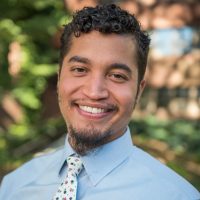 J.T. Roane is the Associate editor of Black Perspectives. He is currently an assistant professor of Women’s, Gender, and Sexuality Studies at the University of Cincinnati. He is also part of the University’s urban futures initiative. Roane is broadly concerned about matters of geography, sexuality, and religion in relation to Black communities. He is at work on a manuscript, Dark Agoras: Insurgent Black Social Life and the Politics of Place in Philadelphia, which historicizes multiple modes of insurgent spatial assemblage Black communities articulated in Philadelphia in the second half of the twentieth. Follow him on Twitter @JTRoane. 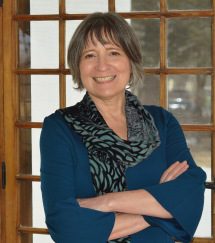 Lilian Calles Barger is a historian, author, women and gender consultant and speaker working in Taos, New Mexico. She is a native of Buenos Aires, Argentina and immigrated to the U.S. as a child. Before her  current work as a historian, she had a successful career in business, non-profit leadership experience and writing for general audiences. Her research interests include the historical development of social, religious and feminist thought in modern America with a particular expertise in women and gender history and the emergence of liberation theology. The latter is the subject of her latest book, The World Come of Age: An Intellectual History of Liberation Theology (Oxford University Press, 2018). Currently she is a podcast co-host for New Books Network covering women and gender, religion, intellectual history and American Studies. Follow her on Twitter @LilianBarger. 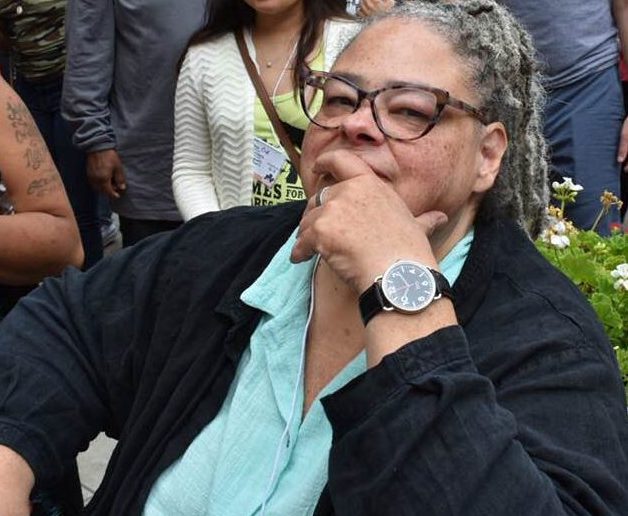 Wende Marshall was born in New Haven, Connecticut in 1961 at the height of the Civil Rights Movement. She worked as a student and community organizer in Central Harlem, New York City during the 1980s and graduated with an M.A. in religious studies from Union Theological Seminary in 1992. In 1999 she received a Ph.D. in anthropology from Princeton University. Her scholarly work centers on the study of race/class, medicine, science and social change, topics covered in her book (Potent Mana: Lessons in Power and Healing) exploring the effects of colonialism on the physical, mental, and spiritual health of Native Hawaiians. The book chronicles indigenous efforts to decolonize through healing, remembering, and political action. Marshall is a leader/organizer in Stadium Stompers, a North Philadelphia-based campaign of community residents, students and workers fighting to stop Temple University’s proposed football stadium. As an adjunct at Temple, Marshall was a leader in the effort to unionize adjuncts, resulting in their joining the Temple Association of University Professionals, for which she served as Chair of the Adjunct Constituency Council and Member of the Executive Committee. Marshall is a member of LeftRoots and the Circle of Revolutionary Nonviolence. 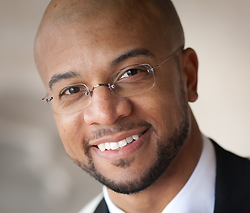 Vernon C. Mitchell, Jr., is the Curator of Popular American Arts and Culture at Washington University in St. Louis Libraries’ Julian Edison Department of Special Collections. He oversees growing and fascinating collections, such as the early black film promotional materials. It comprises some 2,700 posters, programs, photographs, advertisements, press kits and other materials used to promote more than 400 films between 1915-1980. Aside from his collections, Vernon develops exhibitions, such as his most recent, “Black Panther: A Comic Book History,” that visually explores the development of the comic book character from its inception in 1966 to its current iteration in 2018. Aside from his role in the University Libraries, Vernon also teaches courses in the Program for American Culture Studies exploring race, media, and social movements in the United States. His research addresses the intersection of race, politics, and religion in America during the early decades of the twentieth century. His current book project, Jazz Age Jesus: The Reverend Adam Clayton Powell, Sr. and the Ministry of Black Empowerment, 1865-1937, uses the elder Powell as a lens to illustrate the understudied and nuanced influence of African-American Protestantism on the New Negro Movement. Vernon received his PhD in American History from Cornell University and his BA in history from the University of Missouri. Follow him on Twitter @vcmitchelljr. 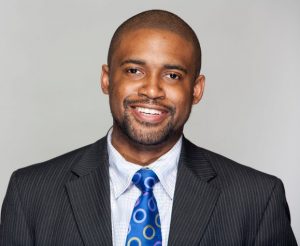 Xavier Pickett is a Faculty Fellow in the Religious Studies Program at New York University. He is currently working on two manuscripts. The first reconceptualizes the academic study of Black religion by attending to emotions, literature, and the secular, whereas the second offers a new theory of Black rage. He received his Ph.D. in Religion & Society from Princeton Theological Seminary with a focus on African American studies, ethics, and politics. Most recently, he held a residential fellowship at the University of Virginia’s Carter G. Woodson Institute for African-American and African Studies. His scholarly research has been widely recognized by the Ford Foundation, Louisville Institute, Forum for Theological Exploration, and American Association of Blacks in Higher Education. 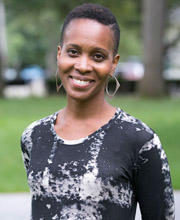 Todne Thomas is a socio-cultural anthropologist and Assistant Professor of African American Religions at Harvard Divinity School. In collaboration with Afro-Caribbean and African American congregants, Thomas conducts ethnographic research on the racial, spatial, and familial dynamics of black Christian communities in the U.S. Conceptually, her work integrates critical race and kinship theories to understand the racial and moral scripts of evangelicalism and neoliberalism. She has authored peer-reviewed articles for the Journal of Africana Religions, Anthropology and Humanism, and the Journal of African American Studies. She has also co-edited New Directions in Spiritual Kinship: Sacred Ties across the Abrahamic Religions (2017) with Asiya Malik and Rose Wellman. Her current research examines the familial and spiritual experiences of black evangelicals and the neoliberal displacement of black sacred space. Follow her on Twitter @todnethomas. 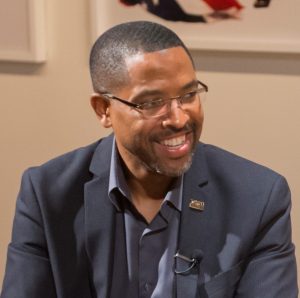 Corey D.B. Walker is Vice President, Dean and Professor of Religion and Society at the Samuel DeWitt Proctor School of Theology of Virginia Union University. A scholar of African American social, political, and religious thought, Dean Walker has published broadly on African American religion and philosophy, African American history and culture, and religion and American public life. Dean Walker is the author of A Noble Fight: African American Freemasonry and the Struggle for Democracy in America (University of Illinois Press) and has completed the manuscript for his next book entitled Between Transcendence and History: An Essay on Religion and the Future of Democracy in America. He is editor of the special issue of the journal Political Theology on “Theology and Democratic Futures” and Associate Editor of the award winning SAGE Encyclopedia of Identity. He has published over fifty articles, reviews, book chapters, and essays appearing in wide range journals such as Amerikastudien/American Studies, boundary 2, Cahiers Charles V, C.L.R. James Review, Journal of American History, Journal of the American Academy of Religion, and South Atlantic Quarterly. Dean Walker co-directed and co-produced the documentary film fifeville with acclaimed artist, filmmaker, and University of Virginia professor Kevin Jerome Everson. Dean Walker has served as Book Review Editor and as an Associate Editor of The Journal of the American Academy of Religion, generally considered the top academic journal in the field. Follow him on Twitter @STVUDeanWalker. 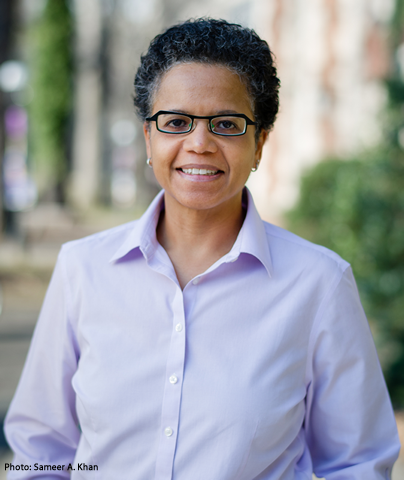 Judith Weisenfeld is the Agate Brown and George L. Collord Professor of Religion at Princeton University and associated faculty in the Department of African American Studies and the Program in Gender and Sexuality Studies. Her research and teaching focus on early twentieth-century African American religious history and cultures and on religion and race in American history. She is the author of New World A-Coming: Black Religion and Racial Identity during the Great Migration (NYU, 2016), which was supported by grants from the National Endowment for the Humanities (NEH) and the American Council of Learned Societies and received the 2017 Albert J. Raboteau Prize for the Best Book in Africana Religions from the Journal of Africana Religions. She is also the author of Hollywood Be Thy Name: African American Religion in American Film, 1929-1949 (California, 2007) and African American Women and Christian Activism: New York’s Black YWCA, 1905-1945 (Harvard, 1997). She recently received an NEH fellowship for work on a new project on psychiatry, race, and African American religions in the late nineteenth and early twentieth centuries. Follow her on Twitter @JLWeisenfeld.

*Click here to read all the pieces in the forum.