Black Perspectives, the award-winning blog of the African American Intellectual History Society (AAIHS), is hosting an online forum exploring the Black-owned and -controlled Milestone Media, which started publishing comics in 1993 under the direction of Dwayne McDuffie, Denys Cowan, Michael Davis, and Derek T. Dingle. Contributors explore representations of Black people and comic heroes in series like Blood Syndicate, Hardware, Icon, and Static Shock — even comparing these to more recent works like The First Purge. Forum pieces highlight and analyze the lasting significance of Milestone Media for centering underrepresented groups in the comic-book world, as well as challenge other problematic aspects of the company and comics. 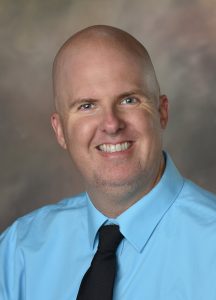 Matthew Teutsch is the director of the Lilian E. Smith Center at Piedmont College. He received his PhD in English at the University of Louisiana at Lafayette in 2014. He maintains Interminable Rambling, a blog about literature, composition, culture, and pedagogy. His research focuses on African American and Southern literature. He has published on the works of Ernest J. Gaines, Charles Chesnutt, Robert Beck, Jean Toomer, and others. His work has appeared in various venues including LEAR, MELUS, Mississippi Quarterly, and Studies in the Literary Imagination. Currently, he is working on an edited collection of Georgia author Frank Yerby. Follow him on Twitter @SilasLapham. 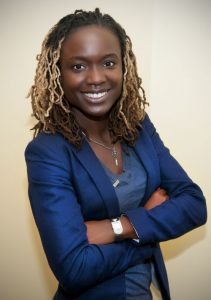 Sheena Howard is an Associate Professor at Rider University who works on popular culture, race, politics, and sexuality. She is the author of The Encyclopedia of Black Comics (Fulcrum Publishing, 2017) and Black Comics: Politics of Race and Representation (Bloomsbury Academic, 2013), among other titles. Howard has appeared on NPR, The Washington Post, ABC, PBS, as well as other networks and documentaries as an expert on popular culture, race, politics and sexual identity negotiation. She is also the producer, writer, and director of Remixing Colorblind, a documentary about the ways higher educations shapes our perception of race and “others.” Follow her on Twitter @DrSheenaHoward. 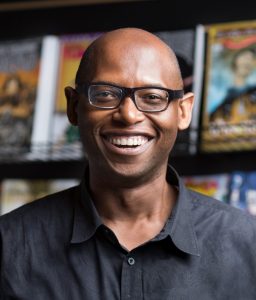 Julian Chambliss is a Professor of English at Michigan State University. His teaching and research focus on urban history and culture in the United States. He is the co-editor of Ages of Heroes, Eras of Men (Cambridge Scholars, 2014), which explores the changing depiction of superheroes from the comic books of the 1930s to the cinematic present. He has been recognized for his community engagement work with a Rollins College Cornell Distinguished Service Award  (2014-2015) and Florida Campus Compact Service Learning Faculty Award (2011). Chambliss is also one of the producers of “Every Tongue Got To Confess,” a podcast exploring the experiences and stories of communities of color. Follow him on Twitter @JulianChambliss. 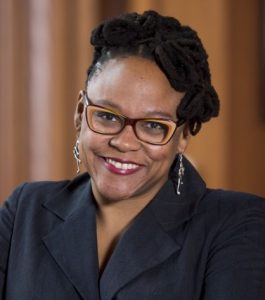 Rebecca Wanzo is an Associate Professor of Women, Gender, and Sexuality Studies at Washington University in St. Louis. She has a PhD from Duke University and is the author of The Suffering Will Not Be Televised: African American Women and Sentimental Political Storytelling (SUNY, 2009). Her research interests include African American literature, history, and culture; theories of affect; popular culture (particularly the history of popular genre fiction and graphic storytelling in the US); critical race theory; and feminist theory. Wanzo’s upcoming book, The Content of Our Caricature: African American Comic Art and Political Belonging (New York University, 2020), explores African American cartoonists’ interactions with racist caricatures and the implications for citizenship and belonging. Follow her on Twitter @RawReader. 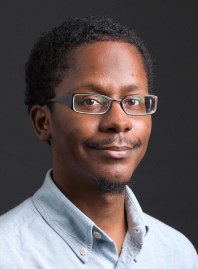 Phillip L. Cunningham is an Assistant Professor of Communications and Media Studies at Quinnipiac University. He has an MA from Temple University and a PhD from Bowling Green State University. His research primarily focuses on Black and mainstream popular culture, with a particular emphasis on interrogating representations of blackness in popular media texts. His scholarly work has appeared in Journal of Graphic Novels and Comics, Journal of Popular Music Studies, and Journal of Sport and Social Issues, and M/C Journal: A Journal of Media and Culture and various anthologies on comics, film, television, and sports.Follow him on Twitter @PLCPhD. 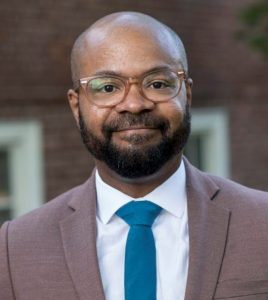 André Carrington is an Associate Professor of English at Drexel University. His research focuses on the cultural politics of race, gender, and genre in 20th-century Black and American literature and the arts. His first book, Speculative Blackness: The Future of Race in Science Fiction (University of Minnesota, 2016), interrogates the meanings of race and genre through studies of science fiction, fanzines, comics, film and television, and other speculative fiction texts. His current research project, Audiofuturism, explores literary adaptation and sound studies through the analysis of science fiction radio plays based on the work of Black authors. His writings have appeared in the journals Present Tense, Sounding Out!, Callaloo, and African & Black Diaspora, as well as a variety of edited collections. In 2015, he organized the first international Queers & Comics conference through CLAGS: The Center for LGBTQ Studies in New York. Follow him on Twitter @Prof_Carrington.