Black Perspectives, the blog of the African American Intellectual History Society (AAIHS), is hosting an online forum on Martin Luther King Jr. and American Cities. Organized by Marya McQuirter, this online forum uses the 50th anniversary of King’s assassination as a way to stage commemorative and critical reflections of King’s ideas and legacy in various cities across the United States. The forum begins on Monday, April 2, 2018 and concludes on Friday, April 6, 2018. Essays in the forum will highlight King’s influence in Baltimore, Maryland; Atlanta, Georgia; Memphis, Tennessee; Washington, D.C.; Chicago, Illinois; and Milwaukee, Wisconsin. 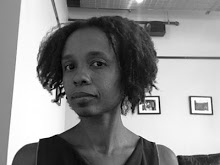 Marya McQuirter is curator of the dc1968 project, a digital storytelling project that amplifies activism, art, architecture and everyday life in Washington, DC in 1968 through daily stories and photographs throughout 2018. She recently co-curated an online exhibit on King in DC, “Evolutions and Legacies: Martin Luther King Jr. and D.C., 1957-1972.” Marya wrote the award-winning African American Heritage Trail Guide, Washington, DC, and co-wrote a volume in the award-winning Young Oxford History of African Americans series. She was a recent fellow at the NEH ODH Institute for Advanced Topics on Space and Place in Africana/Black Studies. Her concurrent project maps how individuals and groups, beginning in the 19th century, mobilized technologies—bicycles and photographs—to make multiple claims of belonging. Follow her on Twitter @maryamcquirter. 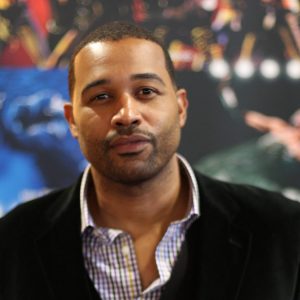 Maurice J. Hobson is an Assistant Professor of African American Studies and Historian at Georgia State University. He earned the Ph.D. degree in History, focusing in African American History and 20th Century U.S. History from the University of Illinois at Urbana-Champaign.  His research interests are grounded in the fields of African American history, 20th Century U.S. history, African American studies, oral history and ethnography, urban and rural history, political economy, and popular cultural studies. He is the author of The Legend of the Black Mecca: Politics and Class in the Making of Modern Atlanta (University of North Carolina Press, 2017). Dr. Hobson engages the social sciences and has created a new paradigm called the Black New South that explores the experiences of black folk in the American South, with national and international implications, since WWII. For this, he has served as an expert witness in court cases and as a voice of insight for documentaries, films, movies, public historical markers, monuments and museum exhibitions. Follow him on Twitter @DrMoHob. 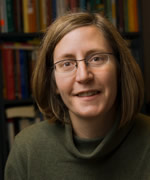 Jane Berger is an Assistant Professor of History at Moravian College in Bethlehem, PA. She obtained a PhD in History from the Ohio State University. Her research interests include politics and protest, race and citizenship, women’s history, and recent U.S. history. Her articles have appeared in several academic journals, including the International Labor and Working-Class History, Michigan Historical Review, and The Historian. She is the author of “’A Lot Closer To What It Ought To Be:’ Black Women and Public Sector Employment in Baltimore, 1950-1970,” published in Robert Zieger’s Life and Labor in the New New South (Gainesville, University of Florida Press, 2012); and “Uncommon Schools: Institutionalizing Deafness in Early Nineteenth-Century America,” in Shelley Tremain, ed., Foucault and the Government of Disability (Ann Arbor: University of Michigan Press, 2005). She is currently completing a book on the historical causes of late twentieth century urban poverty in the United States. The book will be published by the University of Pennsylvania Press. 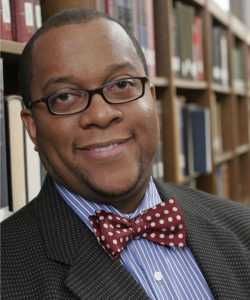 Charles W. McKinney is the Neville Frierson Bryan Chair of Africana Studies and an Associate Professor of History at Rhodes College. His areas of interest include the Civil Rights and Black Power Movements, with particular interest in the formation of local Black freedom struggles. He is the author of Greater Freedom: The Evolution of the Civil Rights Struggle in Wilson, North Carolina (University Press of America, 2010), which explores the slow, deliberate building of a movement in a rural community in the eastern-central portion of the state. Additionally, he has written a number of articles focusing on school desegregation, electoral politics and the central role of women in the construction of freedom movements. His latest book, co-edited with Aram Goudsouzian, is An Unseen Light: Black Struggles for Freedom in Memphis, Tennessee, an exploration of the Black freedom struggle from Reconstruction to the beginning of the #BlackLivesMatter movement. His next project, tentatively titled Losing the Party of Lincoln: George Washington Lee and the Struggle for the Soul of the Republican Party, explores the life and career of George Washington Lee, an African American Republican operative and civil rights activist who lived in Memphis in the middle of the twentieth century. Lee was a staunch supporter of civil rights, and fought against the rightward drift of the party, a drift greatly facilitated by the ascension of Barry Goldwater in the early 1960s. Follow him on Twitter @KMT188. 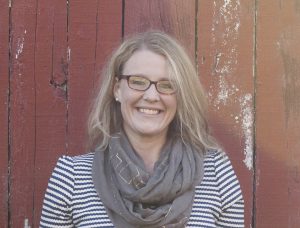 Betsy Schlabach is an Associate Professor of History and African & African American Studies at Earlham College. She obtained a Ph.D. in American Studies and graduate certificates of Women’s Studies and University Teaching Skills from Saint Louis University and a M.A. in American Studies from Lehigh University. She teaches courses covering 20th and 19th century American History, African-American History, African-American Studies, Urban History, Gender, Women, and Sexuality Studies courses, Sports History, and Digital Humanities. Dr. Schlabach is the author of Along the Streets of Bronzeville: Black Chicago’s Literary Landscapes (University of Illinois Press, 2013). The book details the artistic and literary movement that took place in the south side of Chicago during the time between the Harlem Renaissance in the 1920s and the Black Arts Movement of the 1960s. Currently, she is nearing the completion of a second book, Policy’s Queens and Dreams: Bronzeville’s Gambling Women, exploring policy gambling, focusing on African American women’s role in the informal economy of Black Chicago from 1890-1950. Follow her on Twitter @schlabetsy. 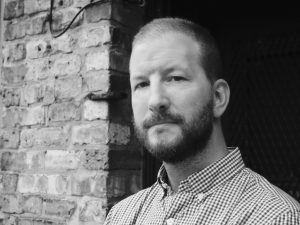 Mark Speltz is an author and public historian who researches and writes about civil rights era photography, vernacular architecture, and Wisconsin culture and history. Currently a Senior Historian and Vice President at Wells Fargo and Abbot Downing, Mark consults with families on their history and legacy and develops comprehensive family history engagements for select clients and prospects. Prior to his current role, Mark spent seventeen years researching and collaborating on the development of the award-winning American Girl historical doll, product, and book lines. He has written three books with the J. Paul Getty Museum and Wisconsin Historical Society Press and is at work on a fourth piecing together the life of his late father. His most recent book, North of Dixie: Civil Rights Photography beyond the South, was published by the J. Paul Getty Museum in November 2016. Follow him on Twitter @mespeltz.