loading...
By Guest Poster July 2, 2016 Comments Off on On Faithful Witnessing 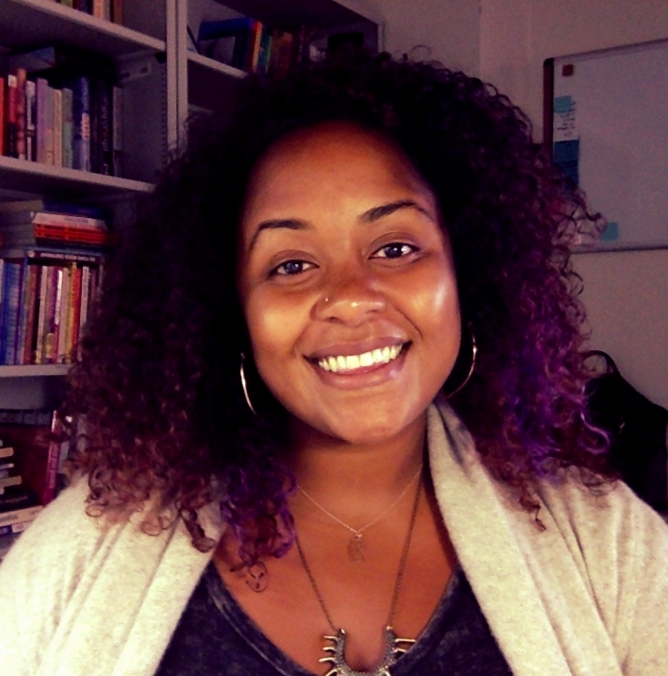 My article, “Faithful Witnessing as Practice,” was a project years in the making. Early in my graduate program (UC Berkeley, Ethnic Studies) I was exposed to the work of decolonial theorists, the possibilities of Ethnic Studies as heresy, and philosophy from the ‘underside of modernity’. One of the texts we read was Maria Lugones’Peregrinajes/Pilgrimages (2003) wherein she briefly introduces the politics of faithful witnessing before shifting focus to the crux of her text on decolonial feminist philosophy.

I was moved by the concept of faithful witnessing, jolted by the formulation of the act on paper and struck by its significance in my own life. How do we witness faithfully? When have we been witnesses, for how long, and to what? And most importantly, how do we interpret what we witness? I wrestled with these questions in the context of my own lived experiences as the daughter of Puerto Rican migrants, as a product of a working-poor family and community, and as the living legacy of colonial subjectship. Over the past few years I have written about faithful witnessing as a literary trope in the work of Afro-Latinx and Equatoguinean writers and have discussed what it means to be a faithful witness to history in my Ethnic Studies and Latino & Caribbean Studies courses at Berkeley and Rutgers.

This spring I was invited to give the keynote lecture at CSU Fullerton for International Women’s Day. It was in that context that I first shared publicly some of my own experiences of faithful witnessing. My goal was to show how we can take ideas from the page to better examine our lives, or better yet, to share how decolonial feminisms and women of color feminist philosophy take seriously the experiences of people on the ‘underside of modernity’ and make space for them to be engaged as knowledge.

I told three anecdotes, one of which I will excerpt below, and then explained what was violent/dangerous about the encounters, who acted as a faithful witness, and why these kinds of interventions matter:

“My job at the free clinic was to be an interpreter between the patients, mostly undocumented Mexican and Latino families, and the doctors. Like many first-generation Latinx children, I spent a lot of time as a child interpreting for my mother at the welfare office, with school officials, and between my father and the landlord of our tenement. Through those experiences I witnessed first-hand the racism, disregard, and lack of compassion that working-poor and immigrant families faced in these institutional/academic/residential spaces. My training at the clinic instructed me to interpret word-for-word the patient’s symptoms and the doctor’s directives. So for example, if the patient said “me duele el estomago,” I would tell the doctor, “my stomach hurts.”  Many mothers came to the clinic with their children and whenever they explained symptoms like headaches, faint breathing, and stomach pains, the doctor would inevitably say “they need to stop feeding the kid so many tortillas” or “limit the tortillas.” As a medical interpreter I was not allowed to interject or to clarify the directive of the doctor or offer more than a direct translation of the tortilla directive. One day a Dominican mother came to the clinic with her son, suffering from similar symptoms. The doctor listened for a minute and said “tell them that the son needs to stop eating so many tortillas.”  Now, because I was Puerto Rican I knew that tortillas were not a staple of my neighboring islanders’ diets. I turned to the doctor and said, “Dr. they are Dominican, they don’t eat tortillas” but he instructed me again to translate the ‘limit the tortilla message’. The boy’s mother then told me to translate “we don’t eat tortillas” but within a few seconds the doctor was ready to move on. This tortilla story is somewhat funny (if you are familiar with difference amongst Latinxs) but also illuminates the kinds of structural and institutional violence that affects people of color and especially women and children which represented the majority of the patients seen in these spaces.

So, how is this violence? The medical institution was exposing families to harm by reducing their illnesses to dietary causes and by making sweeping assumptions about the cultural practices of their Latinx patients – most of which were women and children, an already vulnerable population. Who are the witnesses in this context? Due to the intimate and protected nature of medical care bilingual medical interpreters, health care advocates, and the patients themselves (perhaps child translators in tow) would be some of the few people who could bear witness to these structures of oppression. However, what is important here is not only the possibility of seeing oppression, but also the politics of how we interpret what we witness. Due to my own experience as a child translator on the one hand, and college student on the other, I recognized the difference in treatment depending on the patient’s racial/ethnic/class status. What are some possible interventions? I recognize now that at 19 years-old I had a limited perspective on what I could do to help thus, I did not have a method beyond translating to the best of my ability and attempting to develop methods of circumventing the doctors’ disregard by further dialoguing with the patients in small and hidden ways. In retrospect, I could have potentially reached out to other translators, clinic staff, and/or tried to access resources to bridge the divide and help build cultural competence or advocated for more Latinx doctors and staff.”

This clinic experience was the example that most resonated with the students at CSU Fullerton, (a designated Hispanic-Serving Institution), and after my talk many of them shared similar stories. Translating was a formative experience for me as a child and became an act through which I could bear witness to, and attempt to disrupt, the disrespect and oppression that my parents faced. As a young adult in the clinic, I was witness to the kinds of oppression and lack of care these families faced and this too shaped my worldview. Now as a professor at Michigan State University, a researcher, and a writer, I have the opportunity to articulate the significance of those experiences through the philosophical concept of faithful witnessing and as part of women of color feminist ethics. We cannot afford to forget that women of color, children, and peoples on the ‘underside of modernity’ act as faithful witnesses against oppression. It is a tool for survival and resistance and it shapes our knowing and how we produce knowledge.

In this way, my article on faithful witnessing was a lifetime in the making.