loading...
By Rupert Lewis September 14, 2018 Comments Off on Marcus Garvey’s Vision of Pan-Africanism

Marcus Garvey left Jamaica in 1935 with colonial state officials in panic at the number of disturbances occurring in the country. During the 1935 election campaign, the Riot Act had to be read in one rural parish, labour organizations had sprung up among the workers and the unemployed, and “white candidates were physically assaulted.” The storm clouds of unrest were gathering. A weekly newspaper known as Plain Talk had started publication at the printery which had earlier published Garvey’s newspapers and pamphlets. Plain Talk had started out gingerly by supporting progressive politicians in the Jamaica legislature and reporting on the activities of the Universal Negro Improvement Association (UNIA) in Jamaica. However, it got caught up in the forward movement of agricultural and industrial labour in the Caribbean and had to grow apace. Plain Talk’s development owed much to the Ethiopian cause and it played the leading journalistic role in promoting the cause of Ethiopian sovereignty in the British Caribbean.

One of the important political documents published in Plain Talk (11 and 18 September 1937) came from the International African Service bureau and was signed by George Padmore of Trinidad and Wallace Johnson of Sierra Leone; it was a memorandum to the West Indies Commission investigating the strike among the oilfield workers in Trinidad. The memorandum started out by stating the political position of the bureau:

The strikes in Trinidad have been basically for economic demands, but they have taken a form which proves conclusively that the population of the island has reached a stage far beyond the constitution under which it is governed. The International African Service Bureau claims that the future of Trinidad and other West Indian islands should be decided by the people themselves.”

Garvey at this time was returning from Canada after attending the 1937 UNIA regional conference. His boat had stopped at several eastern Caribbean ports and also in British Guiana. He was allowed entry into Trinidad but was not permitted to speak because of the unrest caused by the oilfield workers’ strike; colonial officials evidently saw his speeches as having the possibility of adding more fuel to the fire of labour.

Before he left for the summer conference in Canada, Garvey had written a memorandum on behalf of about seventy thousand West Indian labourers in Cuba as the Cuban government was repatriating them by the thousands. Reports on these deportations were published in Plain Talk and a number of other newspapers, including the Panama Tribune, whose editor was a Garveyite. On the basis of this memorandum, Garvey made representations to the British secretary of state for the colonies once more. He began: “Several years ago, owing to the very bad economic conditions then prevailing in certain of the British West Indian islands, namely Jamaica, Barbados, Trinidad, the Windward islands, Leeward islands, large numbers of British West Indian Negroes were forced to leave their respective countries for the Republic of Cuba where there was a boom in the sugar and banana industries.”

He then discussed the travails of the West Indian labourer working in these countries and went on to state near the end of the memorandum: “The different West Indian islands from which these immigrants hail have resources sufficient within them to guarantee proper employment to these people if they should be returned, but the governance of these resources must be undertaken not by private ownership which is always selfish but under government direction without prejudice to the class of people who need consideration and assistance.”

When he wrote of the West Indies labour riots in the Black Man magazine (July 1938, 5–6), Garvey made a strong critique of Jamaica’s class structure:

The laboring classes of Jamaica have never had anything to be loyal about. They have been the most brutally oppressed peoples in the British Empire. More fortunes have been made out of the Jamaican laborer than any other group of people. The Jamaican employer of magnitude is the most inhuman and inconsiderate being that we can write of. He has absolutely no sympathy with the poorer classes of people. . . . The classes in Jamaica are most visibly drawn. In one glance a stranger can read up the entire situation. The man with money is visibly on top, and the man without can easily be detected as the unfortunate human being that he is.

In the wake of the worldwide economic depression of 1929–1932, Garvey seemed to be looking more to the working class to give support to his programmes, but also to develop more independently in political awareness of its class identity. In this regard, there was a fascinating debate at the 1929 convention between Otto Huiswoud, a Black communist representing the American Negro Labor Congress, and Garvey. The question was, which was more important, race or class? Garvey, while recognizing the salience of class, argued that race was decisive.

Garvey was actively involved with the formation of the Jamaica Workers and Labourers Association, which was organized in 1930. He had been elected chairman; T.A. Aikman was vice-chairman, S.M. DeLeon was secretary, and J.I. Denniston was treasurer. One of the first demands made by the association was for the British government to appoint a royal commission “to make a thorough investigation of the working classes in the island” (Blackman, 26 April 1930).

Garvey commended Alexander Bustamante, who, as someone from “the middle order of society,” took on himself the high-risk role he played in leading a section of the strikers. Indeed, Garvey viewed the movement of labour in the 1930s positively, so much so that he wrote, “We feel that Jamaica, and not only Jamaica, the entire British West Indies, will benefit from the recent strikes in Jamaica” (Black Man, July 1938, 6–7). 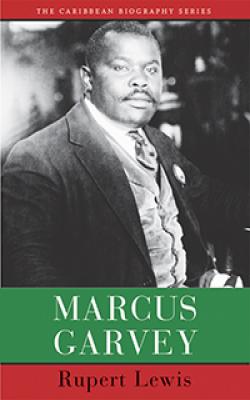 In leaving his London headquarters on his regular summer trips to Canada for the regional conferences of the UNIA, Garvey usually left detailed instructions on the running of the office. in 1938, in “Instructions for Mrs Garvey,” he wrote: “All employees are supposed to report for work at 9 a.m., leave at 1 p.m.; return at 2 and work each and every day up to 5 p.m. Any employee who is absent half an hour in any day will not be paid for the amount of time and if more than two hours in a week, the same to be deducted at the end of the week. There shall be no leave of absence during my absence and any absence from work shall not be paid for that particular time.”

These instructions were in fact written for the five employees of the organization – his wife, two contributing editors to the Black Man magazine (one of whom was the chief clerk of the office), an English stenographer, and Garvey’s private secretary. Finances were low and he had budgeted down to the last cent. One understands the need for such careful budgeting when one reads the financial statement presented in Toronto at the UNIA convention: “Salary and miscellaneous to Mr Garvey from June 1935 to June 1938 amounted to US$1,000.” The weekly payroll for the headquarters amounted to twenty-two dollars. The five-year plan was a failure as pledges from 1934 to 1938 were US$5,655.00 but the amount paid up was US$1,740.21.

The English stenographer was given the task of mailing out lessons for the School of African philosophy. This school, Garvey said, was the result of five years of planning. It was based on the recognition that in the twenty-three years of the UNIA’s existence, it had not paid attention to training new leadership. The school was based on a study of the organization’s work over the past two decades and related to concrete tasks that division presidents had to do. It covered forty-two subjects based on the work of the UNIA and the ACL.

Although Amy Jacques Garvey was working with the UNIA in London, by August 1938, in the interest of the eldest child, Marcus Jr., who suffered from arthritis, she decided to return to Jamaica for his health. This she did without her husband’s agreement and he cut off all communication with her, but he maintained regular correspondence with his boys after they returned to Jamaica. He expressed concern for their financial security, writing: “I shall not be returning to Jamaica . . . in case anything happens to me I want you to know that I have opened [a] post office account at the West Kensington, north end road, W. 14 post office in your name.”

In another letter, he assured his sons that the organization would take care of them after he died. It proved unable to do this. But he kept up correspondence with his sons, sending them money for their school fees. After his first stroke, he had read of his death in an unsubstantiated report written by George Padmore, and this disturbed him. Soon after that, he suffered a second serious stroke and all his letters had to be dictated to his secretary, Daisy Whyte, or written by one of his assistants, with the usual five dollars enclosed for pocket money. At times he attempted to scrawl “Dad” at the end of the letter. However, by now Garvey was gravely handicapped and unable to resume a normal life. On 1 June 1940, he wrote to his son Marcus, “I have not heard from you for several weeks but I am dropping you these few lines to let you know that I am still sick and think of you.” Daisy Whyte confided in a letter to his wife, “If anything happened to him he wanted his body sent to his UNIA people in Jamaica.” Garvey died on 10 June 1940 during the German bombing of London, referred to as the Blitz.

Although his wishes had been to have his body repatriated to Jamaica, it would be nineteen years before the Garvey family and the Jamaican state were able to do this. In 1964, Garvey’s body was brought back to Jamaica for reburial in Kingston at George VI Memorial park, later renamed National Heroes Park. He was officially declared a national hero in 1969.

Rupert Lewis is Professor Emeritus of Political Thought at the University of the West Indies, Mona, Jamaica. For 50 years he has been a public educator on Marcus Garvey and the Garvey movement. He is a member of the Jamaica Reparations Commission appointed by the Government of Jamaica which began work in May 2009. Follow him on Twitter @gbgandad.