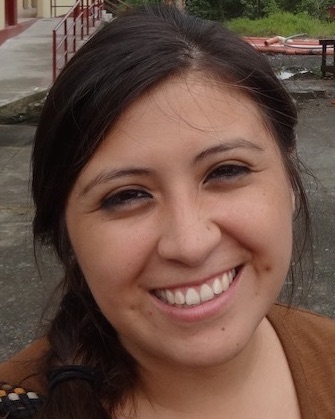 This is a guest post by Yesenia Barragan, a historian of race, slavery, and emancipation in Colombia, Afro-Latin America, and the Atlantic/Pacific worlds. She recently received her Ph.D. in Latin American and Caribbean History at Columbia University and will be a Postdoctoral Fellow in the Society of Fellows at Dartmouth College in the Fall 2016. She is currently revising her book manuscript, tentatively titled The Darkest Place: Slavery and Emancipation on the Colombian Pacific, which is the first detailed study of the gradual abolition of slavery (1821-1852) and the immediate aftermath of emancipation in the Pacific lowlands of Colombia. Yesenia is also a longtime activist and has published several pieces for the Latin American news agency Telesur on the historical memory of slavery in the Americas, Black Lives Matter, and Colombian politics. 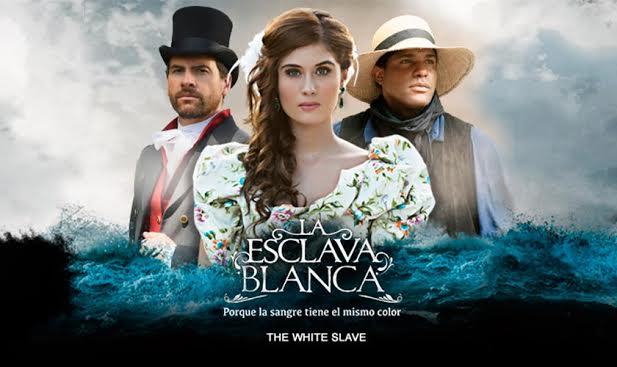 Between Underground and Roots, the past year has witnessed a boom in the cinematic portrayal of the ugly business of and resistance to slavery in the U.S. South. Little known to American audiences, however, is the recent debut of a television series from the Latin American country of Colombia titled La Esclava Blanca (The White Slave), which depicts the slaveholding world of post-colonial Colombia, currently the country with the third largest Afro-descendent population in the Western Hemisphere (after the United States and Brazil). Produced by Caracol TV (Colombia’s largest television network) and first aired in late January 2016 in Colombia, La Esclava Blanca was transmitted to a larger Spanish-language audience in the United States via Telemundo in April. In contrast to Brazil’s longer history of telenovelas (soap operas) set during the time of slavery (see, for example, Greg Childs’s AAIHS piece on A Escrava Isaura), La Esclava Blanca is actually the first telenovela about slavery in the history of Colombia. Yet, as reflected in the title of the telenovela (The White Slave), the show engages in a violent historical revisionism by centering the fantastical travails of a white woman who ostensibly holds the key of freedom for the region’s enslaved.

Set in the Caribbean port of Santa Marta, Colombia, La Esclava Blanca follows the life and struggles of Victoria Quintero, the daughter of a prosperous, slaveholding family and owners of a cotton plantation in the countryside. Although the enslaved population of Colombia (then known as New Granada) was smaller than centers of slavery like Cuba and Brazil throughout the nineteenth century, Colombian slaveholders depended heavily on enslaved labor to work the gold mines of the Pacific coast or the tropical plantations of the Caribbean like those featured in La Esclava Blanca. Misfortune falls upon the Quintero family when a rival slaveholder secretly burns down their estate, thereby killing Victoria’s parents. Merely an infant at the time, Victoria is saved by her enslaved wet nurse, who escapes with her enslaved family and other slaves from the Quintero plantation to join a palenque, or a runaway slave community deep in the jungles of Santa Marta and several days’ journey away from the capital. Victoria is subsequently raised in the palenque from infancy to early childhood, that is, until Spanish authorities discover and destroy the palenque, resulting in the re-enslavement of the palenqueros while Victoria is shipped off to a convent in Spain. The vast majority of the telenovela depicts Victoria’s masterful return to republican Santa Marta (disguised as a Spanish duchess who is engaged to be married to a wealthy slaveholder, coincidentally, the same man who killed her family) and plan to free her adopted black family from the chains of slavery.

As a historian of slavery and emancipation in Colombia, La Esclava Blanca is troubling for several reasons. Just as the movie The Help (2011) sought to revise the history of southern white women’s complicity in the racism of Jim Crow, La Esclava Blanca seeks to rewrite the place of white women in the history of slavery in Colombia. No doubt, at times La Esclava Blanca graphically depicts the emotional and physical violence wielded by white women slaveholders, both young and old. But ultimately, the white, Virgin Mary-like would-be-slaveholder-turned-slave-redeemer Victoria Quintero absolves the racial consciences of (white and mestizo, or mixed race) Colombian and Latin American viewers in a country where anti-black racism is alive and well. The show could be subtitled: “See? Not all of them were so bad.” Furthermore, the television series engages in a violent historical fantasy by inserting a white woman in what was an exclusively and necessarily black-only space, the palenque.1 In other words, as far as the historical records show, white women were never, ever raised in palenques. The entire show is premised on a deep, historical lie. Its cinematic depiction feeds the sensationalism of Colombian and Latin American viewers to the detriment of historiographical truth.

Yet, if we place La Esclava Blanca in conversation with the recent historiography on race relations and racism in nineteenth century Latin America, we can see that the television show upholds the nineteenth century myth of racelessness. As Ada Ferrer documents in Insurgent Cuba: Race, Nation, and Revolution, 1868-1898, Cuban insurgents articulated a politics of racelessness in their late nineteenth century nationalist struggle against Spain, claiming that equality was so powerfully engrained within the new nation of Cuba that there was no need to identify nor speak of race. This raceless perspective persists today–in evolved form–in “colorblind” or “postrace” declarations. Hints of this mythology of racelessness are sprinkled throughout La Esclava Blanca, as in one scene where the adolescent Victoria is comforted by her fellow palenquero/childhood love Miguel after other palenquero children inform her that she shouldn’t belong to the palenque because she is not black. Consoling Victoria, Miguel tells her that “it doesn’t matter what color skin you have” and “our blood is the same.” Here, Miguel is not quite speaking to Victoria but rather to the viewer, specifically, a Colombian and broader Latin American audience whose national mythology was built on “racial harmony”and racelessness.2

More than reproducing this myth, the main producer of the show, Juliana Barrera, even articulated an overtly racist perspective when interviewed on Caracol TV. In response to critiques of the show, Barrera described Victoria Quintero as a white character “but one who does everything possible and has a completely black and passionate heart” (“pero que se desvive y tiene una corazon completamente negro y aspasionado”). The reference to a “black and passionate heart” within the white Victoria Quintero is the product of centuries of racist belief in the fiery and primordial “nature” of people of African descent. But in Colombia, where race and racism operate differently than in the United States, and where blackface abounds in carnivals without causing multicultural audiences much perturbation, Barrera’s comment likely did not disturb most Colombian viewers.3

But what has disturbed most Colombian viewers, allegedly, is what has been deemed the “excessive” or “exaggerated” violence against slaves in the show. In early February 2016, Caracol TV even devoted a nearly thirty-minute television segment titled “Are the violent images of La Esclava Blanca outside of historical context?” to this topic. According to Caracol TV, the network received numerous letters criticizing the show’s graphic scenes of “excessive” physical and sexual violence against slaves, and, in response, the show conducted interviews with Colombia’s leading scholar of slavery Rafael Antonio Díaz and Juan de Dios Mosquera–leader of one of Colombia’s largest Afrocolombian civil rights organization Movimiento Cimarrón—to corroborate that slavery was, indeed, a violent institution. More than anything, this debate reveals the current racial tenor of Colombian audiences steeped in the tradition of both racelessness and racism who cannot accept the horrors upon which their nation was founded. “See? Not all of them were so bad” and “It couldn’t have been that bad” meet hand in hand.

To be sure, some Colombians, have publicly condemned La Esclava Blanca for its racism. Rudy Amanda Hurtado Garcés, an Afrocolombian anthropologist, sociologist, and activist has organized a digital boycott of the show via Facebook for its Colombian premier in February. “The television series,” Hurtado Garcés wrote, “is a fiction, but that fiction today portrays the bloodthirsty, murderers and assaulters as heroes…white women and men imposed a system of death through slavery.” As one of the supporters of the digital boycott of La Esclava Blanca posted online, the television show is produced in a context where Afrocolombian actors face immense obstacles in acquiring roles on television and film outside the stereotypical parts of chambermaids, bodyguards, or, in the case of this telenovela, slaves. La Esclava Blanca is furthermore broadcasted for a Colombian society where Afrocolombians are still treated like second-class citizens and subject to virulent anti-black racism. In fact, as Caracol TV discussed on their segment on the show, one twelve-year-old Afrocolombian boy from Pereira pleaded with the channel to broadcast the show later in the evening so that children wouldn’t be able to see it. Since the show’s airing, the boy had been subject to racist bullying by his classmates who told him he had to be their slave “like in the novela.”

No, it would be unfathomable for Colombian producers to create a show about slavery with a leading black protagonist, man or woman. Instead, they decided to center the pearl-skinned, green-eyed female daughter of slaveholders as the hero, the redeemer of slaves. In so doing, the producers made the conscious decision to rewrite Colombia’s history of slavery and assuage a shared (white) Latin American conscience of the present.