This post is part of a blog series I am editing, which announces the release of selected new works in African American and African Diaspora History and Studies. In the Heat of the Summer: The New York Riots of 1964 and the War on Crime was recently released by the University of Pennsylvania Press. 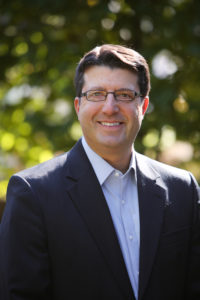 The author of In the Heat of the Summer is Michael W. Flamm. Professor Flamm is Professor of History at Ohio Wesleyan University, where he has received several teaching prizes, including the university’s highest honor, the Bishop Herbert Welch Meritorious Teaching Award. As a Fulbright Scholar and Senior Specialist, Professor Flamm has also taught at San Andrés University in Buenos Aires. In addition, he has served as a faculty consultant to the National Endowment for the Humanities, the College Board, and the National Academy of Sciences.

Professor Flamm is the author or co-author of numerous articles and five books, including Law and Order: Street Crime, Civil Unrest, and the Crisis of Liberalism in the 1960s (2005), Debating the 1960s: Liberal, Conservative, and Radical Perspectives (2007), Debating the Reagan Presidency (2009), and The Chicago Handbook for Teachers (2011). 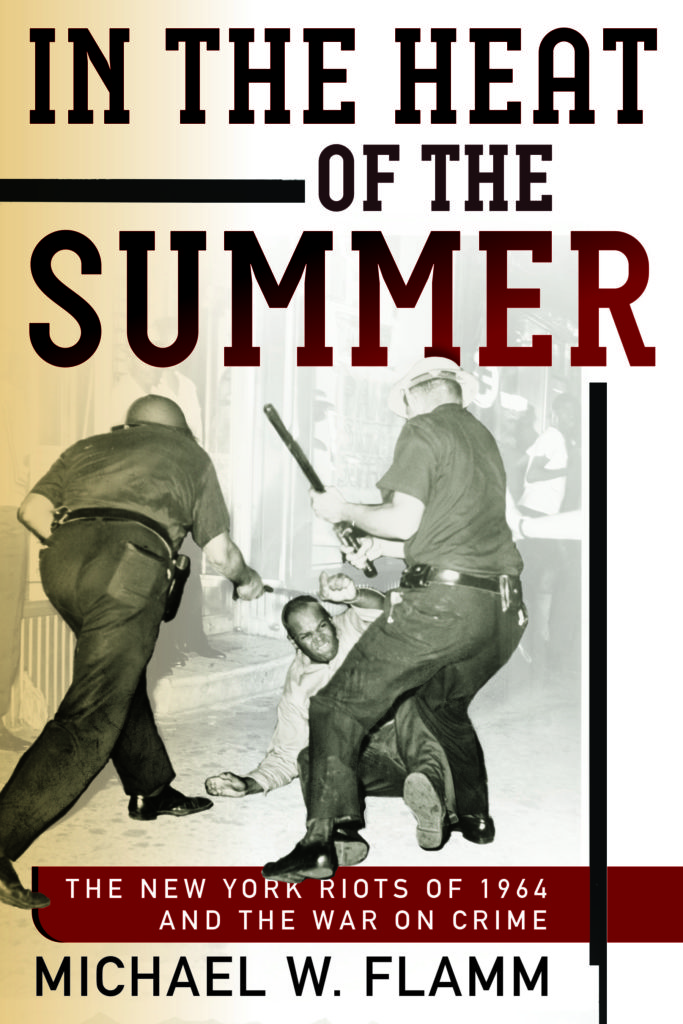 On the morning of July 16, 1964, a white police officer in New York City shot and killed a black teenager, James Powell, across the street from the high school where he was attending summer classes. Two nights later, a peaceful demonstration in Central Harlem degenerated into violent protests. During the next week, thousands of rioters looted stores from Brooklyn to Rochester and pelted police with bottles and rocks. In the symbolic and historic heart of black America, the Harlem Riot of 1964, as most called it, highlighted a new dynamic in the racial politics of the nation. The first “long, hot summer” of the Sixties had arrived.

In this gripping narrative of a pivotal moment, Michael W. Flamm draws on personal interviews and delves into the archives to move briskly from the streets of New York, where black activists like Bayard Rustin tried in vain to restore peace, to the corridors of the White House, where President Lyndon Johnson struggled to contain the fallout from the crisis and defeat Republican challenger Barry Goldwater, who had made “crime in the streets” a centerpiece of his campaign. Recognizing the threat to his political future and the fragile alliance of black and white liberals, Johnson promised that the War on Poverty would address the “root causes” of urban disorder. A year later, he also launched the War on Crime, which widened the federal role in law enforcement and set the stage for the War on Drugs.

Today James Powell is forgotten amid the impassioned debates over the militarization of policing and the harmful impact of mass incarceration on minority communities. But his death was a catalyst for the riots in New York, which in turn foreshadowed future explosions and influenced the political climate for the crime and drug policies of recent decades. In the Heat of the Summer spotlights the extraordinary drama of a single week when peaceful protests and violent unrest intersected, the freedom struggle reached a crossroads, and the politics of law and order led to demands for a War on Crime.

“Until now, the 1964 Harlem Riot has not been properly fixed in American and literary lore. Michael Flamm’s riveting retelling of the saga—against the backdrop of a single black teenage death and replete with the journalists, politicians, and activists who were there—fills the missing gap in a work that is necessary, and unbelievably timely.”  —Wil Haygood, author of Showdown: Thurgood Marshall and the Supreme Court Nomination That Changed America

Michael W. Flamm: My primary hope is that this book will lead to a deeper and richer understanding of the racial unrest that convulsed Harlem and Brooklyn in July 1964. To date no one has written a comprehensive account of this pivotal moment, which typically gets only a couple of paragraphs or pages in the standard versions of urban unrest. Why is not clear to me. For some reason, a comparative silence surrounds the clashes in New York – an odd oversight given the way the national media has commemorated the racial fires that transformed other cities, such as Los Angeles, Newark, Detroit, and Washington.

Perhaps the violent events in New York, which attracted national and international coverage at the time, failed to fit the conventional narrative, which presents 1964 as a year of tragedy and suffering – symbolized by the disappearance and murder of three civil rights workers in the South – that led to triumph and redemption in the form of the Civil Rights Act. Possibly the unrest in Harlem and Brooklyn was simply overshadowed by the far deadlier and more destructive disorders that began in Watts in 1965. In the end, it is hard to know exactly why the largest riot of “Freedom Summer” has not received the attention it merits.

It is also important to understand how the riots or rebellions in New York, although not the direct cause of the prison and policing crisis of today, influenced the political context in which the crime and drug policies of recent decades have unfolded. At present many scholars assert or imply that the War on Drugs and mass incarceration were virtually inevitable as a result of larger social forces and racial attitudes. My goal here is to reassert the role of political actors and historical contingency. In the process, I complicate the negative portrayal of Lyndon Johnson and his administration that is now common in the existing literature, such as in From the War on Poverty to the War on Crime by Elizabeth Hinton.

Finally, I have tried to recover the extraordinary complexity and evolving nature of the protests and violence in New York. Because it is impossible to reconstruct with certainty what happened in Central Harlem and Bedford-Stuyvesant more than fifty years ago, my book concentrates on the human dimension of the urban turmoil by incorporating a broad range of personal perspectives, white and black. On almost every page, it showcases the voices of demonstrators and police, officials and reporters, merchants and looters, community activists and ordinary citizens. In providing these diverse perspectives, my aim is to avoid selective hearing and present the divergent viewpoints of those who were there as fully and fairly as possible without making assumptions or passing judgments unless the evidence seems to warrant it.

Comments on “In the Heat of the Summer: A New Book on the 1964 New York Rebellions”