loading...
By Melissa N. Shaw August 31, 2018 Comments Off on ‘In a Classroom of Their Own’: A New Book on All-Black Male Schools

This post is part of our blog series that announces the publication of selected new books in African American History and African Diaspora Studies. In a Classroom of their Own: The Intersection of Race and Feminist Politics in All-Black Male Schools was recently published by the University of Illinois Press. 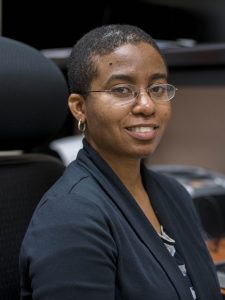 The author of In a Classroom of their Own is Keisha Lindsay, an associate professor in the Departments of Gender & Women’s Studies and Political Science at the University of Wisconsin-Madison. She is a recipient of the University’s Distinguished Teaching Award for Inclusive Excellence. She received her Ph.D. in political theory from the University of Chicago. Her research and teaching interests include feminist political theory, Black feminist theory, Black masculinities, and gender-based politics in the African diaspora. Her first book, In a Classroom of their Own: The Intersection of Race and Feminist Politics in All-Black Male Schools (University of Illinois Press, 2018), explores the simultaneously anti-racist and patriarchal politics at work in the nationwide effort to establish separate schools for Black boys. In addition to In a Classroom of their Own, Lindsay has published articles in several journals, including the Journal of African American Studies and Social Identities. She is currently writing a new book, Black Ladies and the Art of Resistance: Intellectuals, Athletes, and Beauty Queens, that explores how self-defined black ladies in the African diaspora use hyper-feminine grooming and demeanor to cast themselves as effective civic and political leaders in the fight against racism. 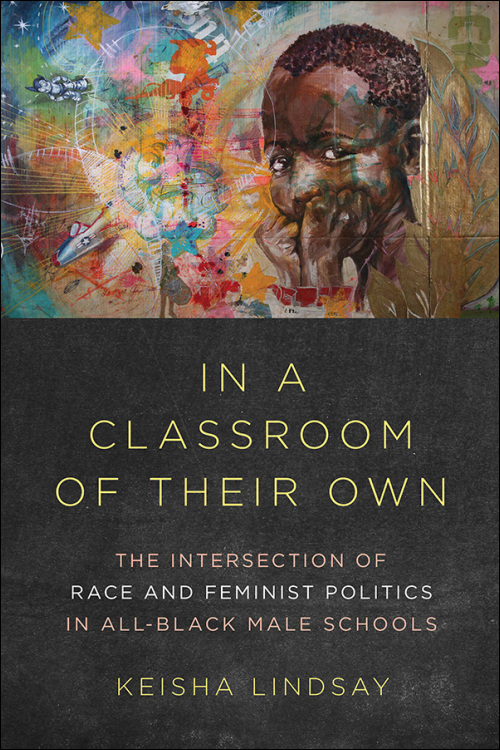 Keisha Lindsay explains the complex politics of ABMSs by situating these schools within broader efforts at neoliberal education reform and within specific conversations about both “endangered” Black males and a “boy crisis” in education. Lindsay also demonstrates that intersectionality, long considered feminist, is in fact a politically fluid framework. As such, it represents a potent tool for advancing many political agendas, including those of ABMSs supporters who champion antiracist education for Black boys while obscuring Black girls’ own race and gender-based oppression in school. Finally, Lindsay theorizes a particular means by which Black men and other groups can form antiracist and feminist coalitions even when they make claims about their experiences that threaten bridge building. The way forward, Lindsay shows, allows disadvantaged groups to navigate the racial and gendered politics that divide them in pursuit of productive—and progressive—solutions.

Far-thinking and boldly argued, In a Classroom of Their Own explores the dilemmas faced by professionals and parents in search of equitable schooling for all students—Black boys and otherwise.

A dispassionate and well-reasoned argument. None of the other books on the ‘boy crisis in schools’ or ‘pushout of girls in schools’ or ‘myths about the Black male crisis’ deal in such a devoted fashion with both the case of all-Black male schools and philosophy.”–Tiffany Willoughby-Herard, University of California at Irvine

Melissa Shaw: What are the principal findings or arguments of your book? What do you hope readers take away from reading it?

Keisha Lindsay: My book makes three main arguments. First, the move to establish ABMSs is part of Black people’s well-established recognition that the classroom is an important site for resisting racism. To this end, many supporters, including Black male supporters, of the approximately forty ABMSs established to date, correctly emphasize that such schools help to counter under-funded urban classrooms, white supremacist teachers, and other kinds of structural racism in the nation’s public educational system.

Second, the same anti-feminist ethos that is sometimes present in #Black Lives Matter and other expressions of contemporary Black politics is also evident among some Black male advocates of ABMSs. Put more explicitly, despite their best intentions, some of these supporters minimize Black girls’ own oppression in the classroom. A number of these supporters also mistakenly presume that hyper-feminine women teachers, including Black women teachers, and hypersexual Black girls are to blame for Black boys’ academic underachievement.

My book reveals, too, that intersectionality is not always a Black feminist construct. Instead, it is a politically fluid framework that can be used to foster diverse, complex agendas. The push to open ABMSs is no exception. Many advocates of these institutions embrace the logic of intersectionality when they cast Black boys as victims of masculinized racism. Masculinized-racism involves, among other things, white women teachers’ failure to acknowledge Black male students’ supposedly testosterone-driven, “naturally” aggressive learning style. This particular use of intersectionality rightfully challenges racist white teachers’ beliefs and practices. It also perpetuates flawed gender-based stereotypes of boys, including Black boys, as aggressive learners and of girls, including Black girls, as pliant, passive learners.

I want readers to recognize that it is possible for Black people to form progressive antiracist and feminist coalitions even when we conceptualize our experience of oppression in ways that threaten bridge building. The way forward, as it relates to ABMSs, involves embracing educational advocacy that strives to create classrooms in which Black children of all genders can achieve. What this means, in practice, is using accessible, community-based spaces to critically challenge our assumptions and our demands regarding how and why Black children are oppressed in school. It also means defining “good” public schools as those which foster all Black children’s capacity for self-determination and for imagining what democracy looks like in the classroom and beyond.