This post is part of a new and recurring blog series I am editing that announces the publication of selected new books in African American History and African Diaspora Studies. Today is the release date of Hidden Human Computers: The Black Women of NASA, which was published in the ABDO’s Hidden Heroes Series. 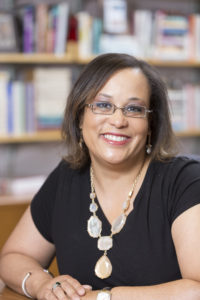 Duchess Harris is the co-author of Hidden Human Computers. She is also the author of three other books. She co-wrote Black Lives Matter (Essential Library) with Sue Bradford Edwards, is the single author of Black Feminist Politics from Kennedy to Clinton/Obama (Palgrave Macmillan), and published an edited volume with Bruce Baum, Racially Writing the Republic: Racists, Race Rebels, and Transformations of American Identity (Duke University Press). Professor Harris is Professor and Chair of American Studies at Macalester College in St. Paul, Minnesota. She was a Mellon Fellow at the University of Pennsylvania. She graduated from UPENN in 1991 with a degree in American History and Afro-American Studies. Six years later, she earned a Ph.D. in American Studies from the University of Minnesota. She was one of two graduates in a class of sixteen to be nominated for the American Studies Association National Dissertation Prize. She spent her final year in grad school as a postdoctoral fellow at the Institute on Race and Poverty at the University of Minnesota Law School. She earned a J.D. in January 2011, and has an expertise in civil rights law. In 2015, The Minnesota Association of Black Lawyers awarded Professor Harris’s “Profiles in Courage Award.” Follow Professor Harris at DuchessHarris.com. 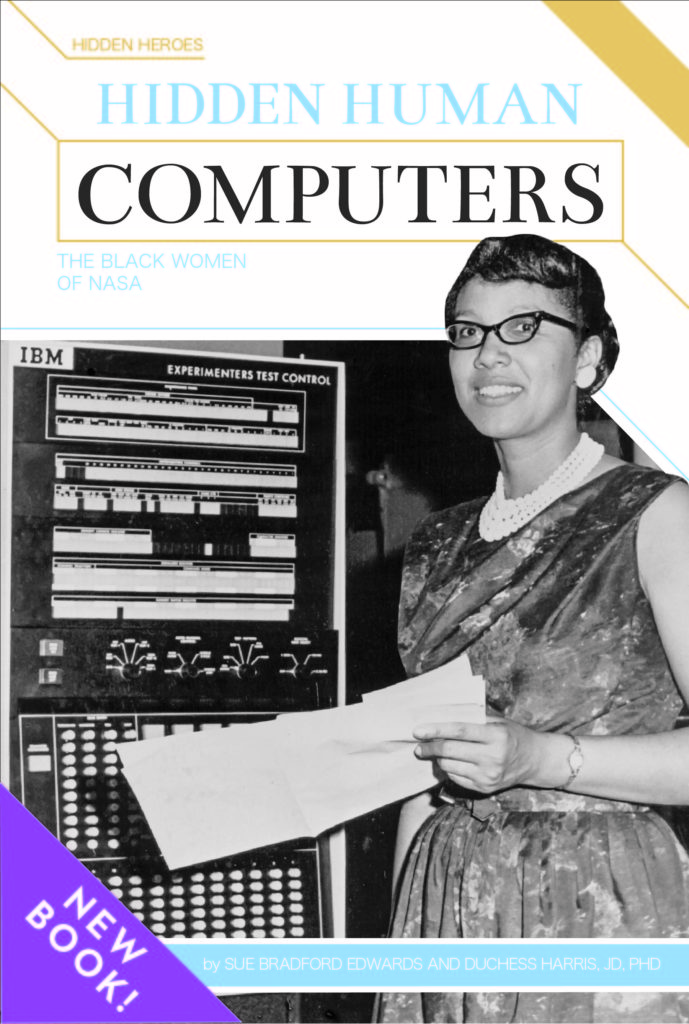 Dozens of African American women worked for NASA as expert mathematicians from the 1940s to the 1960s and almost no one knows about it. Segregated within NASA facilities in Hampton, Virginia, well-educated Black women used slide rules and pencils to do the calculations for flights by astronauts John Glenn and Alan Shepherd.

In Hidden Human Computers: The Black Women of NASA, Sue Bradford Edwards and Duchess Harris delve into President John F. Kennedy’s interest in outer space and the Black women mathematicians who helped America land on the moon before Russia. The book provides new insights into the intersections between the Cold War, the Space Race, and the struggle for gender equality and the Civil Rights movement. Hidden Human Computers is written at a 6-12 grade reading level, and is accompanied by a digital archive. The book is an account of the Hollywood film, Hidden Figures.

“Hidden Human Computers goes beyond the three black women focused on in the forthcoming movie Hidden Figures and offers in-depth biographical information about a range of women who worked at NASA at its inception, offering context for their own interest in science and mathematics beyond their function at NASA. Throughout the text the authors make sure that the context of “double jeopardy” or institutional racism and sexism that shaped every aspect of these women’s lives is in full view for the students. Not only do they detail the exclusion of photos of black women from photographs of women workers at NASA and the segregated eating facilities, segregated working conditions and racist and sexist pay disparities at NASA itself (did I mention the campus was literally a plantation before NASA bought it?), they also detail the complexity facing black women mathematicians and scientists and their conditions of possibility.” —Alexis Pauline Gumbs

Ibram Kendi: Did you face any challenges conceiving of, researching, writing, revising, publishing, or promoting this book? If so, please share those challenges and how you overcame them?

Duchess Harris: My biggest challenge was having my book come out before the movie, Hidden Figures. Margot Lee Shetterly and I won a grant from the Virginia Foundation of the Humanities. Margot is a journalist and I respect her work tremendously. She wanted to write a book for adults that would be adapted into a Hollywood film. I wanted to write a book for the classroom that went along with a digital archive that included lesson plans. It was a time crunch, but we both accomplished our goals within two years!

Here’s an excerpt from a recent article on this new book, featured in the MinnPost––

“My grandmother was in the group of the first 11 black women recruited to work at NASA, and I’ve wanted to tell this story for 25 years,” said Miriam “Duchess” Harris, a professor and chair of the American Studies Department at Macalester College…“[She] was a professor at [the private Hampton, Virginia,-based black university] Hampton University, so that’s where my grandmother lived during World War II,” said Harris, a married mother of three. “NASA had hired white women to be human computers, and there weren’t enough to work on the project they were doing. So they went over to Hampton to see if there were enough black women who could do math, and my grandmother had a chemistry degree from Talladega College [in Alabama], even though she had been born in 1907.

“My grandmother died in ’67, before we got to the moon. I was born in ’69, the year it happened, and I was named after her. So I heard the stories my entire life, but I didn’t really understand the significance of what she’d done until I went to college. I was influenced by the courage that she had to live out the daily practices that you need to have to be a career woman and a wife and mother and to hold together a black family and to be successful in the midst of racism and sexism.”

Harris is likewise determined to not let her grandmother’s story be relegated to white history’s dustbin. In 2013 she started putting together a grant-funded archive that went live in 2015, and her young-adult book, “Hidden Human Computers: The Black Women of NASA,” co-written with Sue Bradford Edwards, will be published in December by ABDO, the same Edina-based educational publishing house that published Edwards’ and Harris’ “Black Lives Matter” book last year. Also in December, a digital archive of “Hidden Human Computers” will launch at the Science Museum of Minnesota.

*On September 19, 2016, The Washington Post aired a podcast where Harris interviewed her mother about her experience as the daughter of one of the first 11 Human Computers.