This post is part of our blog series that announces the publication of selected new books in African American History and African Diaspora Studies. Educating Harlem: A Century of Schooling and Resistance in a Black Community was recently published by Columbia University Press. 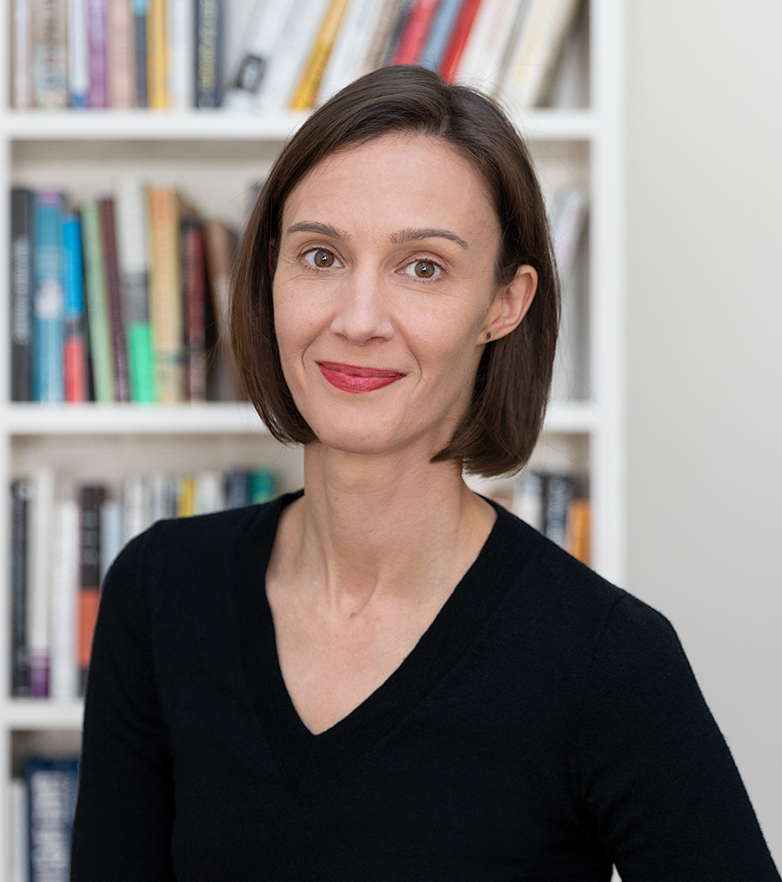 The editors of Educating Harlem: A Century of Schooling and Resistance in a Black Community are Ansley T. Erickson and Ernest Morrell. Erickson is Associate Professor of History and Education at Teachers College, Columbia University. Erickson focuses on educational inequality and urban and metropolitan history. Her first book, Making the Unequal Metropolis: School Desegregation and Its Limits (University of Chicago Press, 2016) tells the story of persistent inequality in Nashville, Tennessee’s metropolitan school district during periods of segregation and desegregation. Her writing has appeared in the American Journal of Education, History of Education Quarterly, Journal of Urban History, and Teachers College Record, as well as in Dissent and Chalkbeat. In fall 2017, she was a Scholar in Residence at the Schomburg Center for Research in Black Culture of the New York Public Library. 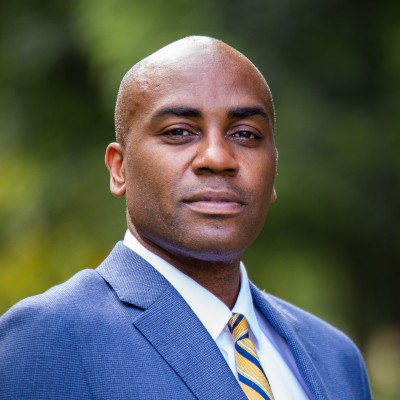 Ernest Morrell is the Coyle Professor in Literacy Education and Director of the Center for Literacy Education at the University of Notre Dame. Morrell has recently been named director of the National Council of Teachers of English’s (NCTE) James R. Squire Office for Policy Research in the English Language Arts. He is an elected Fellow of the American Educational Research Association, a past president of NCTE, and a co-convener of the African Diaspora International Research Network. Morrell has authored 90 articles, research briefs, and book chapters and ten books including Critical Media Pedagogy: Teaching for Achievement in City Schools, which was awarded Outstanding Academic Title by Choice Magazine of the American Library Association. His scholarly interests include literacy studies, the teaching of English, literature for children, critical media pedagogy, youth popular culture, and postcolonial literatures of the African Diaspora. 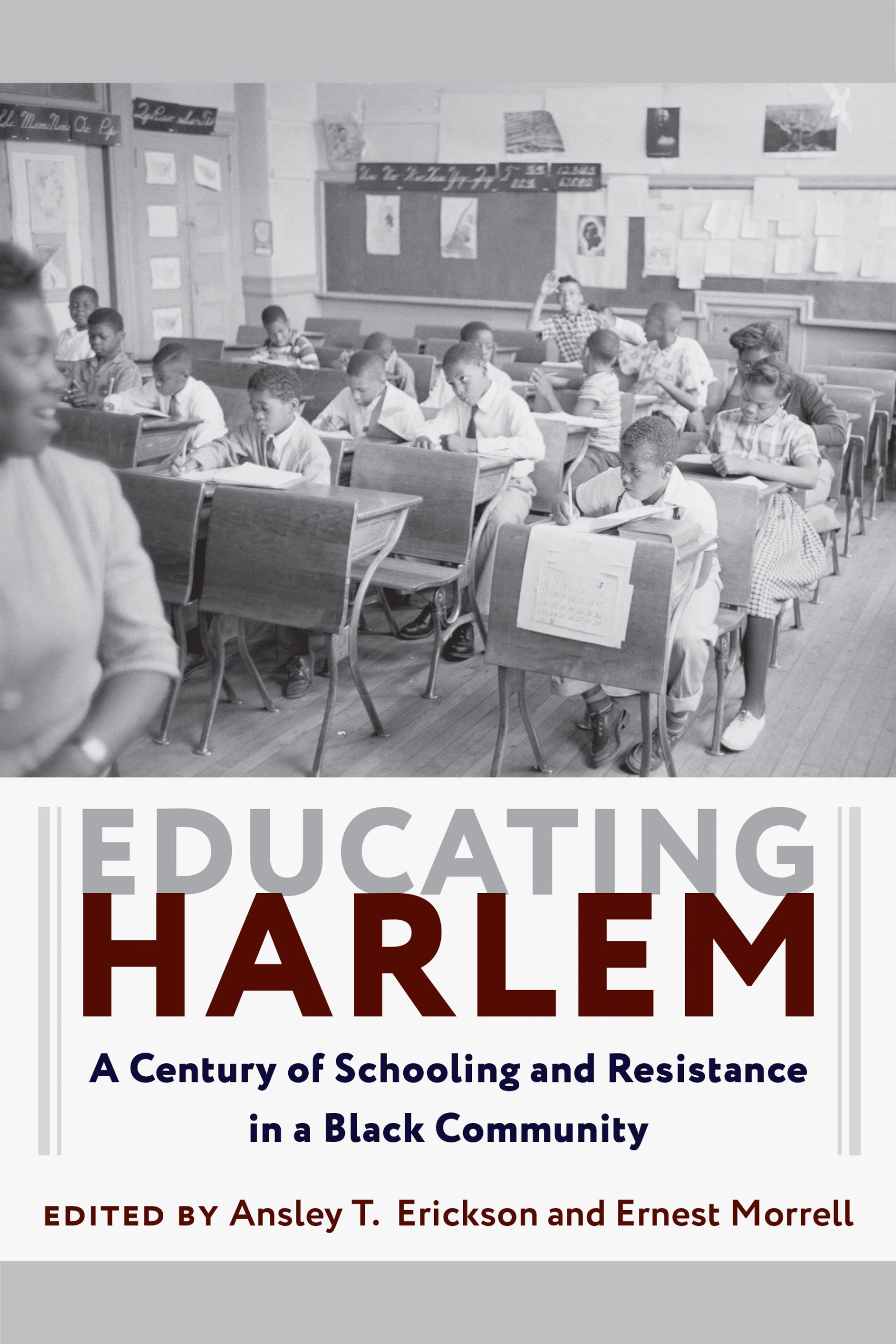 Over the course of the twentieth century, education was a key site for envisioning opportunities for African Americans, but the very schools they attended sometimes acted as obstacles to Black flourishing. Educating Harlem brings together a multidisciplinary group of scholars to provide a broad consideration of the history of schooling in perhaps the nation’s most iconic Black community.

The volume traces the varied ways that Harlem residents defined and pursued educational justice for their children and community despite consistent neglect and structural oppression. Contributors investigate the individuals, organizations, and initiatives that fostered educational visions, underscoring their breadth, variety, and persistence. Their essays span the century, from the Great Migration and the Harlem Renaissance through the 1970s fiscal crisis and up to the present. They tell the stories of Harlem residents from a wide variety of social positions and life experiences, from young children to expert researchers to neighborhood mothers and ambitious institution builders who imagined a dynamic array of possibilities from modest improvements to radical reshaping of their schools. Representing many disciplinary perspectives, the chapters examine a range of topics including architecture, literature, film, youth and adult organizing, employment, and city politics. Challenging the conventional rise-and-fall narratives found in many urban histories, the book tells a story of persistent struggle in each phase of the twentieth century. Educating Harlem paints a nuanced portrait of education in a storied community and brings much-needed historical context to one of the most embattled educational spaces today.

Educating Harlem is a comprehensive treatment that reveals the continued role of hope in shaping the activism of a community. The assembled scholars demonstrate Harlem’s ongoing efforts to use education as a tool for citizenship and socioeconomic mobility — Hilary Green, author of Educational Reconstruction: African American Schools in the Urban South, 1865-1890

Ansley T. Erickson and Ernest Morrell: We joined the Teachers College faculty in 2011, Ansley in History and Education and Ernest in English Education and as the director of TC’s Institute for Urban and Minority Education (IUME). IUME was founded more than forty years ago to link TC to local schools and communities, many in Harlem. Ernest asked Ansley what scholarship existed to provide a historical foundation for the work he would lead at IUME and in Harlem schools. That question began a long conversation that became the Harlem Education History Project, out of which came this book. In short, the book Ernest was looking for didn’t exist, so we decided to try to create it.

We were also guided by commitments that inform parts of our previous work. First, we work intentionally against deficit perspectives on Black communities, institutions, and individuals to join others in countering the tendency in education scholarship as well as historical work to define them by absence, lack, or pathology. Second, we wanted to foreground both the power and the limits of the archive. And third, we decided to work in ways that valued multi-vocality, including the perspectives of scholars from multiple disciplines and the kinds of knowledge that can be produced when people in different social positions engage with historical questions and materials. That’s in keeping with the fact that Harlem itself has always been a multivocal place, never speaking from a single perspective. These commitments led to the digital collection (still in progress) that accompanies the book, and our sponsorship of a project called Youth Historians, in which we engage with young people in Harlem high schools as co-participants in the production of their school and community history. This is the context in which our book project grew up, and this collaborative work in various forms informed our editorial approach and voice.

We also committed to the idea of open access from the inception of our project. Access is not enough, but it is one important part of just and generous scholarship. We wanted to make sure any knowledge we generated was not locked behind a paywall. We worked with Columbia Libraries and the press to put our whole book online in an open-access format. It’s too early to say how this matters for the reach of our book, but it is one action against the broad pattern of elite university-generated knowledge held out of reach of local communities, and one attempt to act against Columbia’s conflictual and often exploitative historical relationship with Harlem.