loading...
By AAIHS Editors April 17, 2020 2
This post is part of our blog series that announces the publication of selected new books in African American History and African Diaspora Studies. Ebony Magazine and Lerone Bennett Jr. Popular Black History in Postwar America was recently published by the University of Illinois Press.
*** 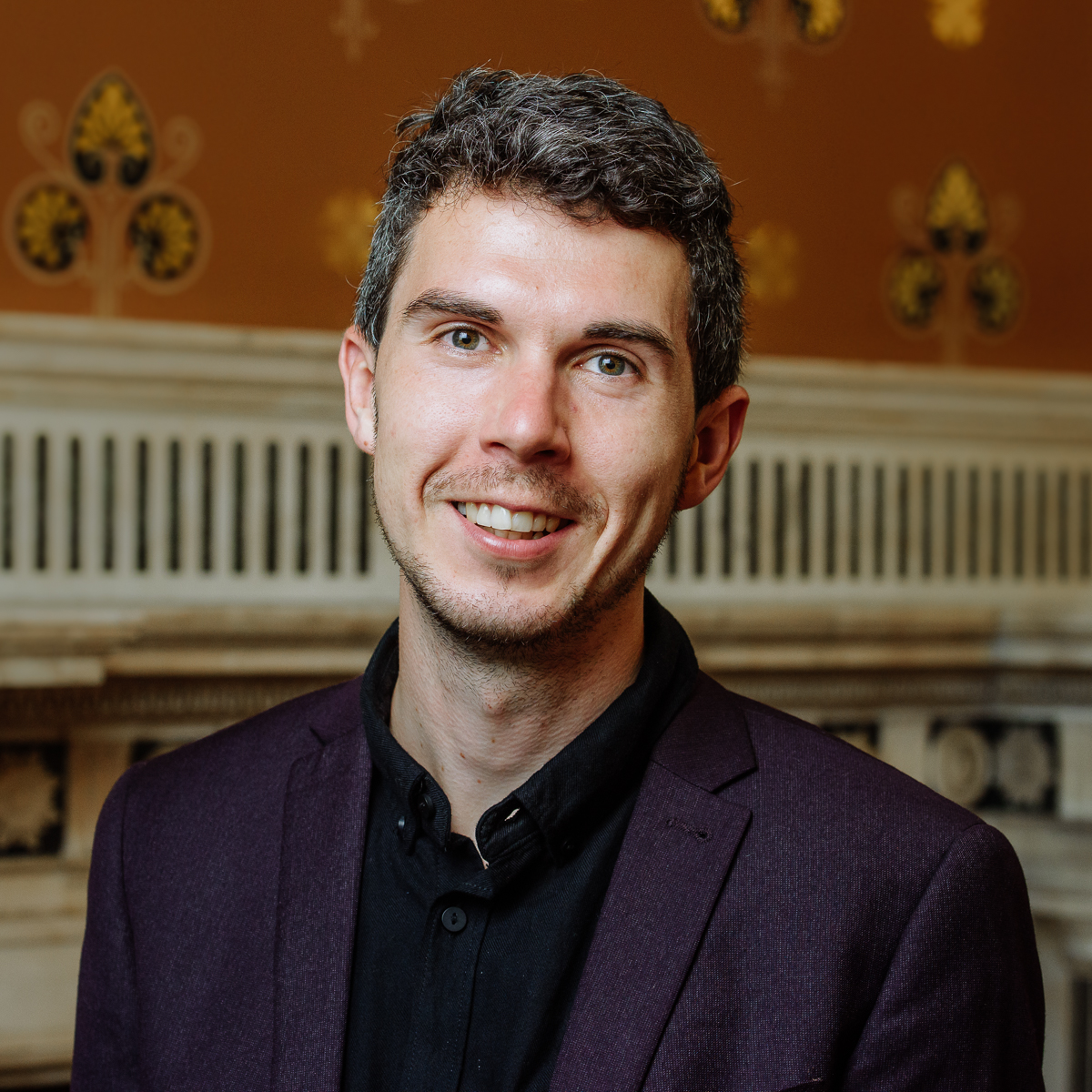 Author of Ebony Magazine and Lerone Bennett Jr. Popular Black History in Postwar America, James West is a Leverhulme Early Career Fellow at Northumbria University, UK. His research focuses on the Black press in the United States and Black diaspora. More broadly, he is interested in the relationship between race, media representation, and social justice. He is currently completing two monographs — a history of the Black Press and the built environment in Chicago, and an introductory survey of the Black press in the twentieth century. West received his PhD in American Studies from the University of Manchester. 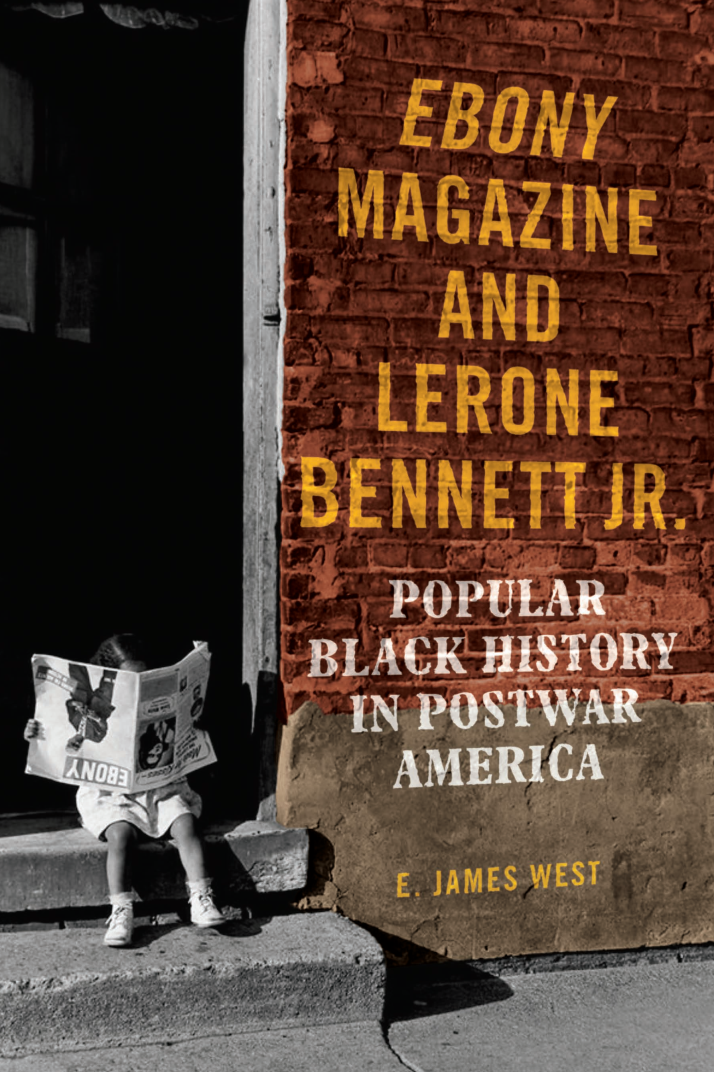 From its launch in 1945, Ebony magazine was politically and socially influential. However, the magazine also played an important role in educating millions of African Americans about their past. Guided by the pen of Lerone Bennett Jr., the magazine’s senior editor and in-house historian, Ebony became a key voice in the popular Black history revival that flourished after World War II. Its content helped push representations of the African American past from the margins to the center of the nation’s cultural and political imagination. E. James West’s fresh and fascinating exploration of Ebony‘s political, social, and historical content illuminates the intellectual role of the iconic magazine and its contribution to African American scholarship. He also uncovers a paradox. Though Ebony provided Bennett with space to promote a militant reading of Black history and protest, the magazine’s status as a consumer publication helped to mediate its representation of African American identity in both past and present.

E. James West’s book is the first major examination of Ebony as a forum for black historical discourse and the magazine’s long-time executive editor Lerone Bennett Jr.’s multifaceted thought, work, and scholarship as a leading popular historian of the black past and vital contributor to the postwar black history movement. A well-researched and accessible study situated within the growing field of black intellectual history, Ebony Magazine and Lerone Bennett Jr. is a major contribution to our understanding of what West aptly calls ‘popular black history.'”  —Pero G. Dagbovie, author of Revisiting the Black Past: The Use and Misuse of African American History in the Twenty-First Century

AAIHS Editors: What type of impact do you hope your work has on the existing literature on this subject?

James West: Firstly, I hope that this book provides a useful insight into Bennett’s role at Ebony and his importance as a popular Black historian. Bennett’s work was foundational in shaping how millions of people consumed Black history, and we can make a strong case for him being among the most influential Black public intellectuals of the twentieth century. This is something I explore here and address in much greater detail through a forthcoming critical biography for the University of Massachusetts Press.

Secondly, I hope it challenges people to reassess the often lazy depiction of Ebony as “just” a superficial Black consumer magazine. Yes, EBONY was an aspirational publication which emphasized Black celebrity and entrepreneurship, but it also played an important and incredibly complicated role in shaping Black intellectual thought and the public sphere. The enormous cultural and intellectual legacy of Ebony and other Johnson publications is something we are only just beginning to really grapple with (although excellent recent work by Jonathan Fenderson, Brenna Wynn Greer, and others has helped to move this conversation forward).

Thirdly, I hope it pushes readers to reconsider the role of Black periodicals in shaping popular attitudes towards the African American past and what we consider to be a “history book.” In this regard, I want to challenge the frequent bifurcation of “popular” and “professional” Black historians and historical perspectives. People read John Hope Franklin and Frantz Fanon, but they also read Ebony and Essence. These things weren’t mutually exclusive in the development of everyday Black intellectual thought.

AAIHS Editors: Where do you think the field is headed and why?

James West: It’s a fantastically exciting time to be thinking about Black intellectual history and cultures of print. With regards to Bennett specifically, scholars such as Chris Tinson, Pero Dagbovie, Bayyinah Jeffries, and Sundiata Keita Cha-Jua are doing great things, and I also want to shout out archives at Emory and Chicago State, which are introducing new generations of scholars to Bennett’s work. As to the larger field, we only need look to the success of Black Perspectives and the AAIHS as evidence of its vibrancy.

I don’t think there has ever been a better time to be a researcher of Black periodicals and the Black press. This primer of notable works from the past decade collated by Kim Gallon and the Black Press Research Collective (BPRC) is just a taste of the excellent work being undertaken. For a long time, I think many scholars tended to see Black periodicals as sources, rather than objects of study in their own right. Thankfully, the work of individual scholars, alongside that of organizations such as the BPRC, is doing a lot to shift this narrative.