loading...
By J. T. Roane May 31, 2019 Comments Off on Department Stores and the Black Freedom Movement: A New Book in Civil Rights History

This post is part of our blog series that announces the publication of selected new books in African American History and African Diaspora Studies.  Department Stores and the Black Freedom Movement: Workers, Consumers, and Civil Rights from the 1930s to the 1980s was recently published by University of North Carolina Press. 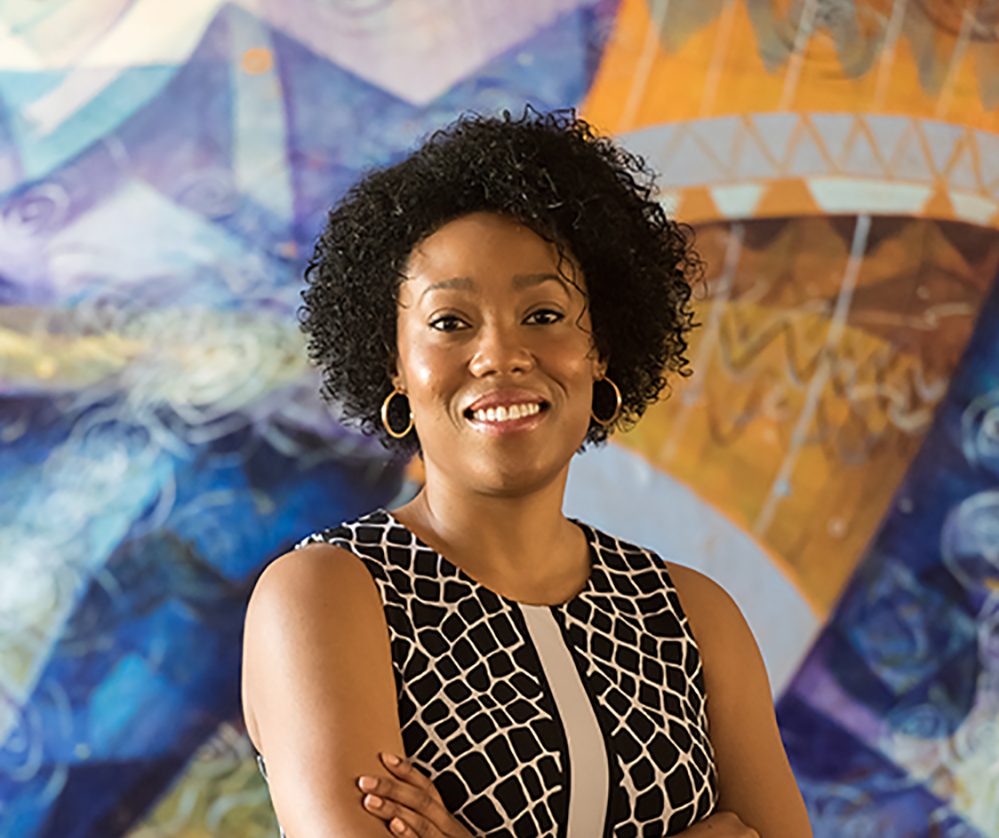 The author of Department Stores and the Black Freedom Movement: Workers, Consumers, and Civil Rights from the 1930s to the 1980s is Traci Parker, an Assistant Professor of Afro-American Studies at the University of Massachusetts, Amherst.  She holds a Ph.D. in History from the University of Chicago. She is currently working on her second book, Beyond Loving: Black Love, Sex, and Marriage in the Twentieth Century. Parker’s research has received support from the Woodrow Wilson Foundation, the National Endowment for the Humanities, the Andrew W. Mellon Foundation, among others. She teaches courses on African American women’s history, nineteenth and twentieth century U.S. history, race and racism, class, labor, capitalism, and consumer culture. Follow her on twitter @tracilynnea. 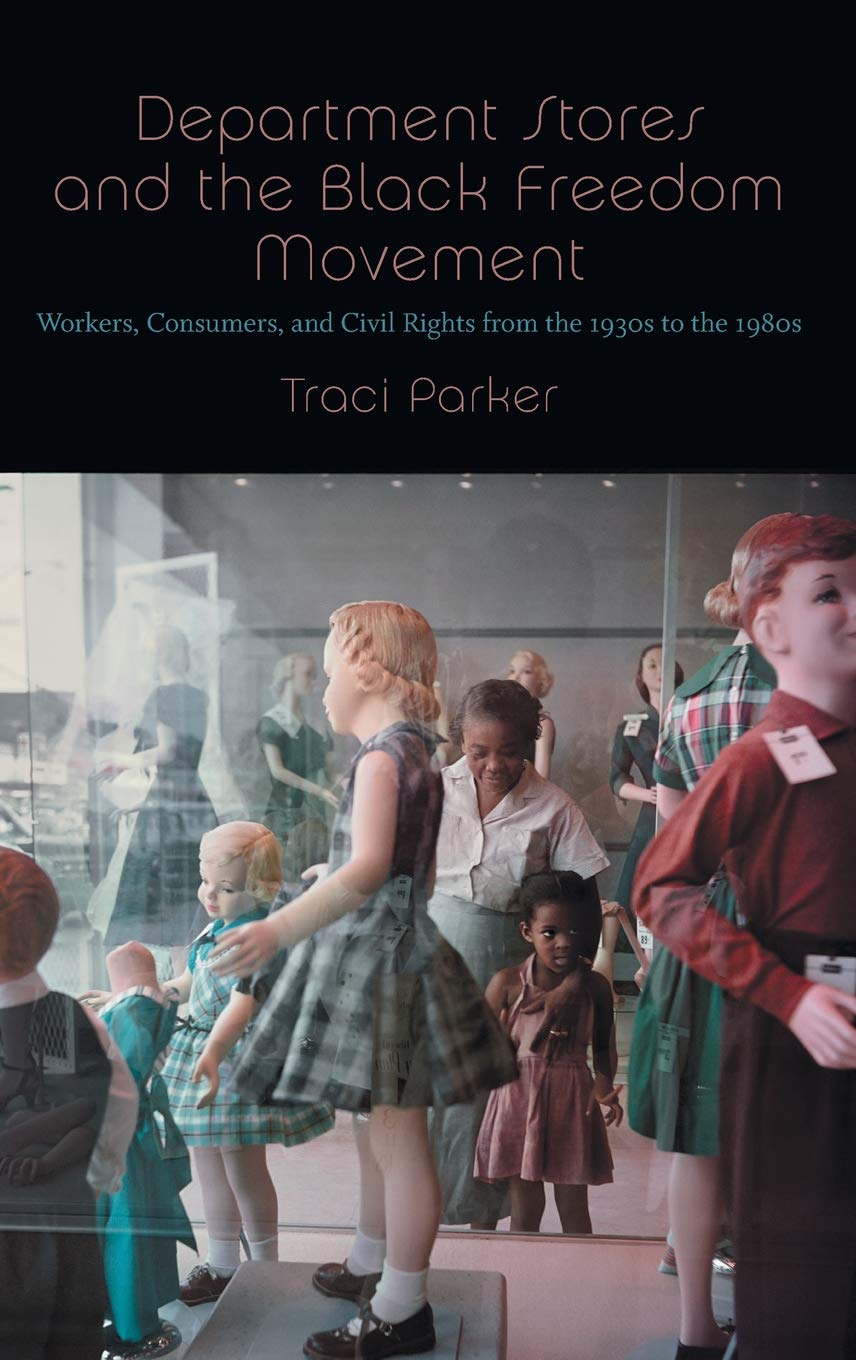 In this book, Traci Parker examines the movement to racially integrate white-collar work and consumption in American department stores, and broadens our understanding of historical transformations in African American class and labor formation. Built on the goals, organization, and momentum of earlier struggles for justice, the department store movement channeled the power of store workers and consumers to promote Black freedom in the mid-twentieth century. Sponsoring lunch counter sit-ins and protests in the 1950s and 1960s, and challenging discrimination in the courts in the 1970s, this movement ended in the early 1980s with the conclusion of the Sears, Roebuck, and Co. affirmative action cases and the transformation and consolidation of American department stores. In documenting the experiences of African American workers and consumers during this era, Parker highlights the department store as a key site for the inception of a modern Black middle class, and demonstrates the ways that both work and consumption were battlegrounds for civil rights.

Traci Parker’s Department Stores and the Black Freedom Movement is a highly readable account of African American struggles to secure equal access to the palaces of consumption that once dominated American retail. While pre–civil rights era department stores were theoretically open to all, most offered Blacks few employment opportunities, and unequal service. Parker’s book chronicles both this discrimination and Black resistance to it, offering an engrossing account of the department store movement that extends from the ‘Don’t Buy Where You Can’t Work Campaigns’ of the 1920s to the sit-ins of the 1960s.–Mia Bay, coeditor of Race and Retail: Consumption Across the Color Line

Traci Parker: I hope to deepen our understanding of department stores—and retail establishments generally—as a battleground of the civil rights movement and a key site for the inception of a modern Black middle class. By “modern,” I mean a class identity produced by consumer capitalism, rather than industrial capitalism, because class status in Black communities was defined as much by relationships with American consumer culture as by occupation.

Most Americans recognize the iconic photographs of African American college students protesting segregated lunch counters in department stores. Few, however, have paid attention to the African Americans working on the other side of these counters nor have many discussed why department stores and other retail establishments were key sites of Black protest and socioeconomic mobility in the twentieth century. For example, as a result of protests, Black women were freed from the confines of domestic labor and employed as sales and clerical workers—jobs that provided pathways to enter the middle class.

I unpack all of this in Department Stores and the Black Freedom Movement. I render the experiences of African American workers and consumers visible and consequential to broaden our historical understanding of African American class and labor formation and the economic dimensions of the Black freedom movement in two notable ways. First, I focus on African Americans’ relationship with department stores to reveal that both work and consumption were battlegrounds for the Civil Rights Movement. The movement, I insist, never abandoned labor and economics, a focus of the Black freedom struggle in the 1930s and 1940s, as other scholars have argued; rather, activists remained attentive to—albeit more covertly—these issues in the 1950s and 1960s. Second, I show that, because Jim Crow was particularly vulnerable in department stores, African Americans skillfully leveraged their collective labor and purchasing power to integrate white-collar work and consumption in stores. They fully realized middle-class citizenship, a status dependent on equal treatment as consumers as well as workers, as a result.

Regarding your question on the direction of the field, I can’t predict the future, but I’ll give it a shot. Right now, the field of African American Studies is dedicated to spotlighting and dismantling racial capitalism and racial democracy. Considering our present situation, I think that is appropriate and I believe the field will continue in this direction. Much can be learned, then, from the hard-headed analysis of Black protesters—like those featured in my book—who challenged race and economic discrimination in the consumer sphere.