The issue that occasions this post is the NAACP’s recent call for a moratorium on charter schools until the charter school sector can meet basic standards of transparency, accountability, and inclusion. As I discussed previously, this resolution provoked expressions of shock, disappointment, and outrage on the part of many in the education reform community. Charter proponents’ characterization of this resolution as a break from the NAACP’s legacy of educational advocacy is at best ahistorical and at worst disingenuous. A glimpse at the NAACP’s stance on a different generation of school choice measures reveals that the organization has historically conceived of such reforms as detracting from rather than enhancing the ability of public school systems to educate all American children—especially poor and black children. This post revisits the NAACP’s 1980s opposition to federal financial support of private schools through tuition tax credits and school voucher programs.

During U.S. President Ronald Reagan’s administration, the NAACP opposed neoliberal education reform, or reform measures applying the idea that “society (and every institution within it) works best when it works according to the principles of the market” to schooling.1 In the early 1980s tuition tax credits and school vouchers were posited as a market-oriented solution giving families the economic option to choose private schooling for their children at public expense.

In October 1981, The Crisis Magazine contributor Dr. James P. Comer articulated what he termed “The New Threat to Black Education”: school choice plans in the forms of tuition tax credits and school vouchers. Comer acknowledged the attractiveness of such plans, particularly the promise that “such a program would shake up the public school bureaucracy and force it to be more responsive to the needs of students and parents.” However, he cautioned, the consequences of these school choice measures would be dire for black families, who, he reminded readers, are “disproportionately lower-income.”

“A tuition tax credit,” Comer explained, “would allow parents who send their children to private schools to deduct a certain percentage, possibly all, of tuition costs from their income taxes. The voucher approach would provide a certain amount of money from public funds to each student attending a private school. In the case of tax credits, this approach is of no benefit to parents who did not make enough money to pay taxes in the first place. In the case of a voucher system, where the tuition at a private school is more than the allotted amount of the voucher, parents would have to pay the difference. Poor parents would not be able to do so in the vast majority of cases.”

Aside from economic disadvantages disproportionately borne by black parents, Comer also pointed out that public funds supporting private schools would go to “segregation academies”: “The chief beneficiaries of a tax credit and voucher system program—aside from the middle-income city dwellers who have abandoned public schools—would be the thousands of private academies that have sprung up in the Deep South as a way of avoiding school integration.”

In language that could describe present-day attitudes towards public education, Comer wrote,

There is a rush to judgement being forced because the proponents of the tax credit and voucher plan sense that the political climate in the nation is rich and that the level of parental frustration and anger with the public schools is high enough to push through the necessary legislation. Some social scientists whose theories failed in the 1960s and ‘70s, now bankrupt in understanding and purpose relative to the education of the poor, support—with the same careless studies and experimental approaches used previously—the abandonment of public schools. The media, in search of excitement, often inadvertently help to convey the impression that public schools don’t and can’t work.

Rather than dispense with public schools, Comer argued that “to improve the schools the nation must address community development, employment and a variety of related issues…but in customary fashion with complex problems, and responding to other pressures, policymakers turn to simplistic solutions such as tax credits and voucher systems. In the process those hurting most and hurt most in the past—in this case, our black community—can get hurt again.”

In subsequent years, the issue of school choice constantly resurfaced. In summer 1983, the NAACP’s 74th Annual Convention adopted a resolution on “Education as a National Priority” that identified voucher proposals and tuition tax credits—alongside inadequate funding and loss of confidence in public education—as issues “threatening the very existence of public education.” The following year, NAACP Chairman Kelly M. Alexander, Sr. laid out what he called “The Unfinished Civil Rights Agenda,” articulating the organization’s stance that “education and employment must be linked. As emphasis is placed on math and science training” (following the Reagan administration’s April 1983 publication of “A Nation At Risk: The Imperative for Educational Reform,” which sounded the alarm of American academic mediocrity). He continued, “Every effort must be expanded in rejection of any and all efforts to erode the public school system of this nation by ill-conceived programs of tuition tax credits and education vouchers.” 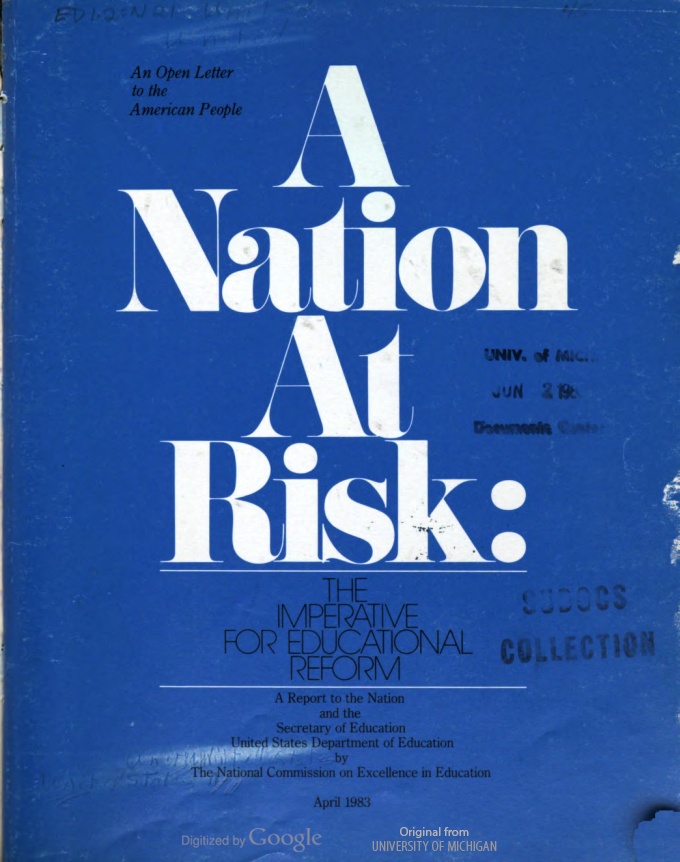 WHEREAS, the civil protections in the Administration’s proposal are inadequate and would not prevent all discriminatory private schools from being eligible; and,

WHEREAS, tuition tax credits would violate the constitutional separation of church and state; and,

WHEREAS, funding for public education has been drastically reduced;

THEREFORE, BE IT RESOLVED, that the NAACP is unalterably opposed to tuition tax credits in any form (including vouchers) and for any amount.

As the terrain of school choice measures has grown to include charter schools, the NAACP has acknowledged this new development with further resolutions (and further Crisis articles) detailing the threats that each and all of these reforms pose to public education for all American children. (Please don’t take my word for it; see this collection of Crisis issues for further documentation.)

This most recent resolution recapitulates the objections to school choice posed in the 1980s—as have many of the NAACP’s arguments against charter schools during the turn of the twenty-first century. As with tuition tax credits and school vouchers, “public funds are…diverted to charter schools at the expense of the public school system.” Similarly, the organization holds, charters frequently expel rather than include “students that public schools have a duty to educate.” Further, the NAACP links charters (as it linked vouchers and tuition tax credits) to de facto segregation not only of black from white children, but “of the highest performing children from those whose aspirations may be high but whose talents are not yet as obvious.”

What are the stakes of the NAACP’s proposed moratorium on charter school expansion? On the eve of Donald Trump’s inauguration as U.S. President, America in general and Black America in particular must brace itself for the impending wave of market-oriented education reform. Trump’s nominee for Secretary of Education, billionaire Michigan native Betsy DeVos, is widely considered the office’s most anti-public-school nominee in history. Per Mother Jones,

Michigan serves as one of the most prominent examples of what aggressive DeVos-style school choice policies look like on the ground, especially when it comes to the expansion of charter schools. About 80 percent of state charter schools are run by for-profit management companies, a much higher share than anywhere else in the country, and with very little oversight from the state. And this year, the DeVoses were the biggest financial backers of the effort to oppose any new state oversight of charters.

Unregulated proliferation of privately-held and publicly-funded charter schools, contrary to the theory of neoliberalism, has not served Michigan better than its public schools have.

This is the important thing to remember that education reformers have conveniently failed to address in their outcry against the proposed moratorium: the NAACP’s goal is to advocate for standards in the charter sector, which is famously devoid of regulations. It is important for the NAACP to take this stand against opaque, unaccountable, inaccessible schools funded with public dollars, and this position is completely in keeping with its prior educational advocacy. Charter proponents, if they are serious about educating disadvantaged students of color, will rise to this challenge to both responsibly steward public funds and create schools that bolster a vibrant public education system.

Lindsey E. Jones is a PhD Candidate in History of Education at the University of Virginia’s Curry School of Education and a 2016-2018 Pre-doctoral Fellow at the Carter G. Woodson Institute for African-American and African Studies at the University of Virginia. Her dissertation project, “‘Not a Place of Punishment’: the Virginia Industrial School for Colored Girls, 1915-1940,” historicizes the education and incarceration of black girls by examining Virginia’s only reformatory for delinquent African American girls. Follow her on Twitter @noumenal_woman.