This post is part of a blog series I am editing, which announces the release of selected new works in African American and African Diaspora History and Studies. Today is the release date for Colored Travelers: Mobility and the Fight for Citizenship Before the Civil War, a book published by the University of North Carolina Press. 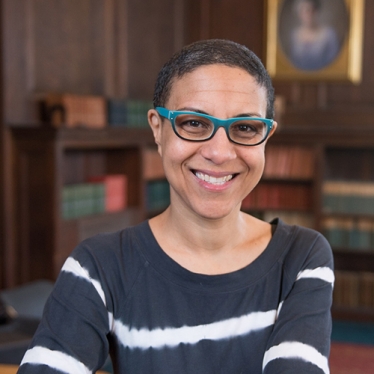 The author of Colored Travelers is Elizabeth Stordeur Pryor. Professor Pryor is an assistant professor of history at Smith College. She specializes in 19th-century U.S. history and race. Before teaching at Smith, she was a UC President’s Postdoctoral Fellow at the UCLA School of Law, where she studied the intersections of race, gender and citizenship before the Civil War. Professor Pryor’s research and teaching interests include an examination of U.S. citizenship from the early national period through the passage of the 15th Amendment. She is most fascinated by the people and themes that are least likely to appear in the “master narrative” of U.S. history. To this end, other teaching and research interests include resistance, dis/ability, gender, sexuality, historical memory, enslavement, enslaved people, indigeneity, Black activism, the birth of Jim Crow segregation and the pedagogies of teaching the “n-word” and other forms of racism in the college classroom. She is a 2016 recipient of the Sherrerd Prize for Distinguished Teaching at Smith.

Pryor’s next project is an examination of African American women within and on the periphery of the abolitionist movement. The project is especially interested in studying those women who refused to conform to gendered notions of respectability as they fought for the liberation of their communities, their families and, most significantly, themselves. 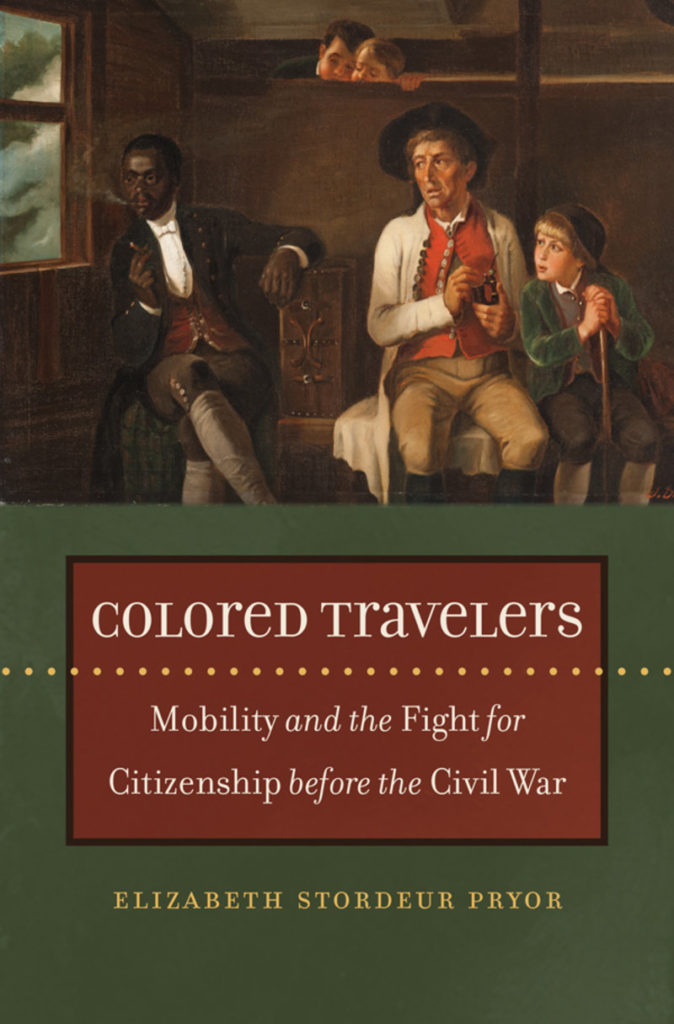 Americans have long regarded the freedom of travel a central tenet of citizenship. Yet, in the United States, freedom of movement has historically been a right reserved for whites. In this book, Elizabeth Stordeur Pryor shows that African Americans fought obstructions to their mobility over 100 years before Rosa Parks refused to give up her seat on a Montgomery bus. These were “colored travelers,” activists who relied on steamships, stagecoaches, and railroads to expand their networks and to fight slavery and racism. They refused to ride in “Jim Crow” railroad cars, fought for the right to hold a U.S. passport (and citizenship), and during their transatlantic voyages, demonstrated their radical abolitionism. By focusing on the myriad strategies of black protest, including the assertions of gendered freedom and citizenship, this book tells the story of how the basic act of traveling emerged as a front line in the battle for African American equal rights before the Civil War.

Drawing on exhaustive research from U.S. and British newspapers, journals, narratives, and letters, as well as firsthand accounts of such figures as Frederick Douglass, Harriet Jacobs, and William Wells Brown, Pryor illustrates how, in the quest for citizenship, colored travelers constructed ideas about respectability and challenged racist ideologies that made black mobility a crime.

“[A] seminal work. . . . An original contribution to historiography of the 19th century, this work will engage everyone from legal scholars to general readers, and is especially recommended to those interested in the antebellum era and African American history.” –Library Journal, Starred Review

Ibram X. Kendi: Books have creation stories. Please share with us the creation story of Colored Travelers—those experiences, those factors, those revelations that caused you to research this specific area and produce this unique book.

Elizabeth Stordeur Pryor: Every year I teach a research seminar and students inevitably ask, “What if I change my topic?” I joke that if they haven’t changed their topic, they probably haven’t started the paper. In the case of Colored Travelers, the book unfolded exactly that way. I started the project in one place and ended up in another. It began as a study of Ida B. Wells and her 1890s travels through England and Scotland, but as my research questions emerged, newer more vitals problems about the nuts and bolts of black mobility demanded attention. These unexpectedly took my research to the early part of the 19th century and a focus, not on Wells and her contemporaries, but on black abolitionists generations earlier.

I wondered how folks such as Frederick Douglass and William Wells Brown fared on public conveyances in the 1830s and 1840s. The answers were troubling. Nearly every colored traveler reported threatening and sometimes violent confrontations with transportation proprietors and white passengers. The concept of “separate but equal” was born on the early Massachusetts railroads. Moreover, travel, in general, was a fight. Black folks waged hard-fought battles with the Department of State to acquire the U.S. passport because it denoted citizenship. As I more seriously reflected on freedom of movement, I was able to connect legal codes and runaway slave advertisements to a system that rendered all black movement fugitive and deputized all whites to police black travel—a process best known as the criminalization of black mobility, with painful parallels in the 21st century.

Of all the unexpected directions Colored Travelers took, however, the most personal was a history of the n-word. My research increasingly demonstrated that in the 19th century, the word was an insult and threat of violence sure to meet any colored traveler as they navigated public space. Children taunted others by yelling it, and white men spat it out at the thresholds of public conveyances. Thus, my research illuminated how the term came to symbolize the dangers and brutality of “home.” As I started thinking about what the n-word actually meant—not only for white racists, but also for African Americans—the work became deeply personal. First, the word impacted my teaching—it appeared in almost everything I assigned. I found it necessary to confront its ever-present violence as I taught these works.

Next, the research connected me to my dad. My father was Richard Pryor, a comedian who unabashedly used the n-word on stage (and at home) as part of his authentic black storytelling. But when I turned 11 or 12, my father visited Kenya and had a personal epiphany. When he returned, he told me “there are no n***ers,” and said he would never use the word again and didn’t. I never forgot this change of heart, and his reflections drove my central research questions. Why had my dad used the word at all? Why did black people use a word meant to subjugate them? Once again, the answers I found took me in new directions. They were rooted in the early 19th century, in black social identity, in mobility and became the anchoring chapter of Colored Travelers.

Comments on “Colored Travelers: A New Book on Mobility and the Fight for Citizenship”