loading...
By Yesenia Barragan September 25, 2016 Comments Off on #BrazilFreedomSchool, Anti-Black Violence, and the Rio Olympics: An Interview with Christen Smith 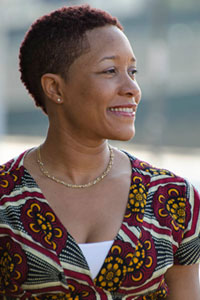 This month I interviewed Professor Christen Smith (@profsassy), Associate Professor of African and African Diaspora Studies and Anthropology at University of Texas. Her work examines engendered anti-Black state violence and Black community responses to it in Brazil and the Americas. She is the author of Afro-Paradise: Blackness, Violence and Performance in Brazil (University of Illinois Press, 2016). Last month, as the major news stations cycled through tropical, idyllic visions of Brazil during the Rio Olympics, she started an online conversation on social media that was telling a different story of the violent reality lived by Brazil’s poorest, African-descendent communities rendered invisible by the glitz and glamor. Demystifying this glossy veneer, she launched the hashtag #BrazilFreedomSchool, which rapidly became a significant digital clearinghouse for the dissemination of information pertaining to the “anti-black violence that paved the road to #Rio2016,” as she explained. Smith’s curated Tweets ranged from prisons and death squads to the gendered dimensions of anti-black state violence in Brazil.

Yesenia Barragan (YB): Tell us about the #BrazilFreedomSchool. What inspired you to begin this Twitter project?

Christen Smith (CS): The project began during the Opening Ceremonies of the Olympics in Rio this year. I turned on the television to watch the games, like so many other people around the world, and began to think of the what the hidden stories behind the presentation. What was the world not seeing? What did people need to know at this moment in order to understand the stakes of the games? I began to tweet about the violence: the night raids, torture campaigns, killings and general police terror that had led up to this moment and its relationship to the games. I have been researching and writing about the impact of violent policing on black communities in Brazil since 2003. I knew that there were police raids going on at the very moment of the games, in the name of the games, and I knew that people had no idea. The world needed to know what was going on. I couldn’t help but start this project.

We have been discussing the anti-black violence that paved the road to #Rio2016 #RioOlympics2016. #BrazilFreedomSchool

It is impossible to talk about anti-black violence in Brazil without discussing prisons: another portal of black death. #BrazilFreedomSchool

Imprisonment is part of the topography of anti-black genocide that defines Brazil's relationship to blackness. #BrazilFreedomSchool

Brazil has 4th largest prison pop. in the world after US, Russia. China #BrazilFreedomSchool https://t.co/0SjYwBfVyn

YB: Recently, many scholar-activists have spoken about the liberatory political potentials of digital humanities projects. How do you think #BrazilFreedomSchool fits into this conversation?

CS: #BrazilFreedomSchool is one example of the new horizon of digital humanities projects. The idea of open source information, the idea of the open classroom, can all be realized through social media platforms like Twitter in stimulating and liberating ways. It was an amazing experience being able to create a virtual, free classroom to engage in a discussion about an urgent, timely matter. #BrazilFreedomSchool has allowed me to connect with a new network of people interested in what is going on around issues of violence, social justice, and race in Brazil.

I think that Twitter and platforms like it are on the horizon of egalitarian learning — decoupling the space of knowledge from its exclusive connection to the university classroom and socializing it in ways that allow people access to it on a broad scale. For some this may sound daunting, but I am not saying that these spaces replace the classroom in any way. To the contrary, they, like other forms of media, can be an extension of the space of the university that diversifies and demystifies it, allowing the broader public to access our knowledge bases in ways that promote democratic dialogue.

Rafaela Silva, the first Brazilian to win a gold medal at this year's #Olympics, almost quit judo because of racism. https://t.co/4WHDFNyip1

YB:  The hashtag “#BrazilFreedomSchool” explicitly references the Freedom Schools created during the Civil Rights movement in the 1960s. Can you tell us what you had in mind by connecting Brazil to this larger history? And how does this project of “egalitarian learning” fit into a larger arch of African diasporic educational activism?

CS: For those who may not know, Freedom Schools were started as part of Freedom Summer in 1964 – conceptualized in 1963. They were a deliberate effort to provide education to black youth in the South, particularly Mississippi, who had been denied a complete education by the state and segregationist society. I have always been inspired but the Freedom School legacy, as it reminds me of the close relationship between education and politics. Liberatory education is a political act, particularly for people of color, and especially for people of the African diaspora.

With #BrazilFreedomSchool I wanted to invoke the relationship between promoting free access, democratic, grassroots education and cultivating students of social change. These were the explicit tenets of the Freedom Schools of 1964. Education for liberation. And of course, Ella Baker is one of my favorite Civil Rights leaders, and her pedagogical approach to grassroots organizing was an inspiration in the Freedom School Movement.

If you care about the global fight against police violence, open it, watch and learn about what black people face there.#BrazilFreedomSchool

Those who do film do so at grave risk, and often face harsh repression. Yet, folx do it to archive because w/o video many don't believe.

YB: What is the future of the #BrazilFreedomSchool?

CS: #BrazilFreedomSchool will continue to be a space for discussing and circulating knowledge about violence, race, and social justice issues in Brazil. Although I am no longer doing daily virtual lectures, I will be creating a regular schedule for promoting discussions around this topic. And of course I will also use the hashtag to post information related to the topic as it arises. My hope is that this becomes a space of information, discussion and a virtual archive. And who knows? We may even do a podcast one day. Stay tuned!

#BrazilFreedomSchool has received great reviews on the Twittersphere:

#BrazilFreedomSchool was debating important issues during #Brazil's #Rio2016, specially, but not only, regarding #racism. Hope it continues.

I'll be honest, the only #RioOlympics2016 commentary that I've enjoyed has been from @profsassy #BrazilFreedomSchool

For those interested in reading the archived tweets from #BrazilFreedomSchool, check out the tweets that were Storyfied by @thatgirlneez.

Yesenia Barragan is a historian of race, slavery, and emancipation in Colombia, Afro-Latin America, and the Atlantic/Pacific worlds. She received a Ph.D. in Latin American and Caribbean History from Columbia University. She is currently a Postdoctoral Fellow in the Society of Fellows at Dartmouth College. Follow her on Twitter @Y__Barragan.