This post is part of a blog series I am editing, which announces the release of selected new works in African American History and African Diaspora Studies. Today is the official release date for The Borders of Dominicanidad: Race, Nation, and Archives of Contradiction, a book released by Duke University Press. 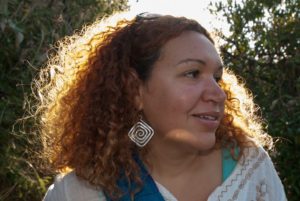 The author of The Borders of Dominicanidad is Lorgia García-Peña, an assistant professor of Romance Languages and Literatures and of History and Literature at Harvard University. She specializes in Latino/Latina studies and Hispanic Caribbean literary and cultural studies with a special focus on the Dominican Republic and its Diaspora. Her research poses a dialogue among history, literature, and cultural studies, paying close attention to questions of marginality, migration, and racial and ethnic identity formation. Her new book project, Translating Blackness: The Vaivén and Detours of Latino/a Colonialities in Global Perspective, looks at how black Latin American migrants and their descendants grapple with various racial systems, finding ways to translate racial meaning across national contexts while carving a space of belonging and representation within the nation(s) that often exclude them. Professor García Peña is the recipient of several fellowships including the Ford Foundation Postdoctoral Fellowship (2016), and the Johns Hopkins University African Diaspora Studies Postdoctoral Fellowship (2010). She received a PhD in American Culture from the University of Michigan, and an MA in Spanish Language and Literatures from Rutgers University. 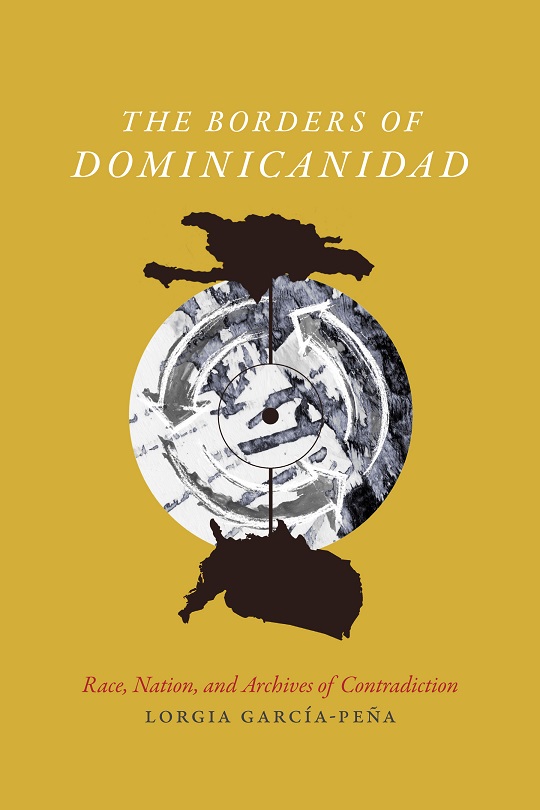 In The Borders of Dominicanidad Lorgia García-Peña explores the ways official narratives and histories have been projected onto racialized Dominican bodies as a means of sustaining the nation’s borders. García-Peña constructs a genealogy of dominicanidad that highlights how Afro-Dominicans, ethnic Haitians, and Dominicans living abroad have contested these dominant narratives and their violent, silencing, and exclusionary effects. Centering the role of U.S. imperialism in drawing racial borders between Haiti, the Dominican Republic, and the United States, she analyzes musical, visual, artistic, and literary representations of foundational moments in the history of the Dominican Republic: the murder of three girls and their father in 1822; the criminalization of Afro-religious practice during the U.S. occupation between 1916 and 1924; the massacre of more than 20,000 people on the Dominican-Haitian border in 1937; and the 2010 earthquake in Haiti. García-Peña also considers the contemporary emergence of a broader Dominican consciousness among artists and intellectuals that offers alternative perspectives to questions of identity as well as the means to make audible the voices of long-silenced Dominicans.

“A magnificent far-ranging volume that examines the history, politics, and meaning of Afro-dominicanidad in all its glorious thorny complexity. Lorgia García-Peña pursues her claim with a wide-ranging intersectional rigor . . . For those who seek to pierce the murky racial legacies that continue to envelop the Dominican Republic—and by extension the rest of our world—The Borders of Dominicanidad is a beacon.” —Junot Díaz

Lorgia García-Peña: The Borders of Dominicanidad is an incredibly personal intellectual project that seeks to expand the conceptual borders that have dominated scholarship in Latinx and Black studies in the U.S. through the analysis of Dominicanidad (Dominicanness). I see dominicanidad as a category that emerges from the historical events that placed the Dominican Republic in a geographic and symbolic border between the United States and Haiti since its birth in 1844. Dominicanidad is thus inclusive of subjects as well as the dictions that produce them. It also encompasses multiple territories and ethnoracial identifications: Dominicanyork, rayano, dominicano, Afro-Dominican. Those, in turn, make up Dominican subjectivities across national spaces.

My approach to dominicanidad comes from a very personal intellectual questioning of the multiple ways in which silences and repetitions operate in the erasure of racialized Dominican subjects from the nation(s) and its archive(s). Those silences are often filled with fantasies that reflect colonial desires and fears that in turn cement exclusion. My book, in many ways, interrupts historical silences by recovering and historicizing dominicanidad through what I call contradictions, “dictions”—stories, narratives, and speech acts—that go against the hegemonic version of national identity and against the mode of analysis we tend to value as historically accurate or what most people call truth. The Borders of Dominicanidad is concerned with the ways in which dictions are projected and performed on racialized bodies to sustain the exclusionary borders of the nation. Such acts of violent nation bordering are historically determined, yet they also require the complicity of citizens in the violent policing and erasure of racialized bodies. My book thus embarks on a historization of the relationship between the United States, the Dominican Republic, and Haiti. My historization, however, is methodologically grounded on the counterpoint analysis of historical and cultural texts including photographs, performances, archival documents, literary texts, and Afro-religious chants. My methodological approach is then twofold: on the one hand I construct an alternative archive—an archive of contradictions—through the use of unconventional texts, understudied materials, and never-before-studied archival documents. On the other, I propose the idea of reading in contradiction, against the dominant archives in order to break silences that dominate national narratives.

The Borders of Dominicanidad bridges the multiplicity of margins of dominicanidad while also bringing attention to the intangibility and elusiveness of the divisions that emerge on the individual as well as collective levels of the population. My book thus suggests a reimagining not only of the physical, militarized borders that separate the two nations that inhabit Hispaniola, but also of the series of loose articulations, discourses, traumas, myths, contradictions, and historical events that have informed the Dominican subject’s understanding of him- or herself in relation to Haiti and the United States. Borders are about regulating, controlling, and prohibiting the free crossings of bodies and objects from one locale to another. They are also about containing the undesirable outside of the nation’s center. Thus the body of the (undesirable) border-crosser is inscribed with the historical, social, and legal events that seek to contain/control it. These inscriptions can in turn become another way of understanding “truth.” The body of the border subject—the prieto, the rayano, the Haitian immigrant, or the Dominicanyork—can also become an archive of contradiction.

Though the book is theoretical in its conceptualization of borders and its engagement with history, borders, and archives, the language is highly accessible to non-specialists and a wide readership. As I developed the project and approached the materials over the last nine years, I asked myself this question: “What do I want this book to do?” This simple question led me to constantly think about my audience, the narrative I was creating, and my own commitment to a scholarship that can have an impact beyond small academic circles. It is my hope that The Borders of Dominicanidad would accompany readers in their quest of other ways of viewing, and that the materials I collect, examine, and preserve will lead them to read in contradiction.

Read the introduction to The Borders of Dominicanidad here.

Comments on “Borders of Dominicanidad: A New Book on Dominican Racial Identity”