loading...
By Guy Emerson Mount June 28, 2015 Comments Off on #BlackThoughtsMatter 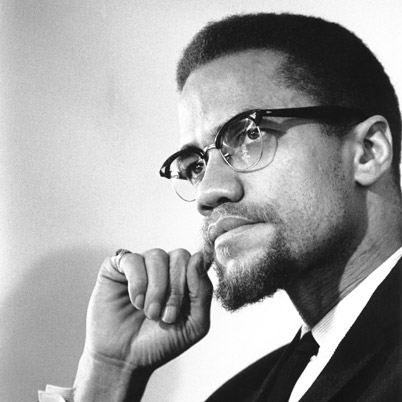 As nine beautiful black minds are laid to rest and Confederate flags are symbolically ripped down across the nation, the political landscape for black activists has changed once again.   In this moment of national reckoning, all but the most virulent white racists (and even some of them) are publicly willing to condemn this particular act of violence in South Carolina. All seem to have conceded the point (at least in this one horrific instance) that #BlackLivesMatter(ed).   What happens the day after remains unclear.  What is clear is that questions of police brutality and systemic institutional violence are still far from settled.  While black communities have been relatively united since at least the late nineteenth century on the need for a major overhaul in American policing, white America is still largely split on the matter.  At stake is whether or not the lived experiences and empirical data demonstrating the unequal treatment of black people in America will be acknowledged as fact or denied as conjure.  Indeed, the spectacular violence in South Carolina may ultimately serve, unfortunately, as a limit case for exactly how much black suffering white America is willing to condone.  Anything less than the massacre of nine churchgoers in a house of worship by a deranged card-carrying white nationalist terrorist seems to remain fair game…at least for now.

In this context, however, a unique opening also exists to push the demands of the #BlackLivesMatter campaign forward.  As the mean spirited and diminutive counter-hashtag #AllLivesMatter makes clear, white America has now learned all it is going to learn from this particular iteration of the Black Freedom Struggle. It needs to be hit with something else.  This does not mean that the #BlackLivesMatter hashtag should be abandoned altogether, or much less that the amazing work on the ground being done by activists in its name should ever cease. The original demands of protestors must be met because black lives DO matter. Yet while this is happening, the next step in what W.E.B. Du Bois referred to as the “long siege” against white supremacy must now be contemplated and set in motion.   My suggestion is that #BlackThoughtsMatter.  Here’s why.

Protecting black bodies from physical violence is no doubt a necessary starting point but cannot be the finish line in any serious political project involving black people.  Not being harassed and brutalized by the police should be a given in any genuine democracy—something that America has, of course, never been.  While black physical safety must be insisted upon, it cannot become the ultimate horizon.   If American policing was somehow magically overhauled overnight and every white nationalist/terrorist group disappeared in a flash, a gaping wound would still exist in black communities from coast to coast.  The freedom from violence (physical or otherwise) is much different than living in a genuine state of peace.  Even if everything that the #BlackLivesMatter campaign were achieved or every Confederate flag in America were burned where it flew, it would still effectively amount to Malcolm X’s famous analogy of a knife being pulled 2/3 out from one’s back to the mocking refrain: “See, boy, look how much progress we’re making.”  Black people need to be fully healed, made whole, and have the totality of their personhood (and not just their bodies) valued.  Black bodies, in fact, have always been ‘valued’ in America and have ‘mattered’ a great deal to white America throughout its long implementation of what Walter Johnson has so succinctly referred to as slave racial capitalism.  Black bodies were, and continue to be, used and used profusely.  Black minds, however, are still largely characterized as non-existent.

Enter the intellectual historians who show the world the many ways in which black lives are diverse, complex, multidimensional, and perhaps most importantly, filled with thoughts.  Thoughts about politics.  Thoughts about identity.  Thoughts about the very nature of human subjectivity in a global (post)modern world.    Creative, beautiful, black thoughts. In addition to unpaid black labor, black thoughts and black culture have literally brought the Western world into modernity as scholars such as Adam Green, Davarian Baldwin, Sieglinde Lemke, and Brent Hayes Edwards have all made clear.  The next political move, as I see it, is for black thoughts (or perspectives if you must) to be valued, respected, and most importantly, acted upon in today’s political climate.  This is no small task, especially when a particular segment of the American population refuses (either knowingly or unknowingly) to acknowledge that black thoughts (or at least valid ones) exist at all.   Lebron’s body can be admired as it soars through the air but Shaq’s claim to be “The Big Aristotle” meets only with giggles and chuckles.  For historians, this state of affairs is particularly stupefying to say the least. Even the most cursory study of black intellectual history will show that the thoughts of African Americans, both high and low, on everything from empire, to citizenship, to human rights and especially to scientific conceptions of race have proven themselves to be accurate and prophetic time and time again.  As if by clockwork, each generation of black thinkers is dismissed as crazy, irrational, and self-interested only to be redeemed and celebrated a generation later by mainstream America as the visionary vanguards and the moral centers of the nation as a whole.   To borrow from Bob Marley borrowing from the Bible: “as it was in the beginning, so shall it be in the end.”

While I hope that #BlackThoughtsMatter will take hold, it is not without its own pitfalls.  It might very well over time find itself also reduced to something like #BlackOpinionsMatter or #BlackFeelingsMatter (though this second affective turn might not be the worst thing in the world given the vibrant state of affect theory and its concurrent politics of emotion).  Valuing black thoughts might also lend the impression that other aspects of black lives somehow do not matter (or matter less) or that only thoughts matter.  This is of course not the case.  #BlackSexualityMatters.  #BlackEnjoymentMatters #BlackReligiousPractice(in addition to #BlackReligousThoughts) matter.  Any number of other aspects of black lives matter.  The point is that we should think about disaggregating these aspects of black subjectivity and be specific about what matters and how it matters.

The main tactical advantage here is that while black lives can easily be said (in some universalist color-blind way) to be quantitatively ‘the same’ as white lives in terms of importance, black thoughts are clearly divergent from white thoughts on a wide range of important political, cultural, and social issues.  This is where the rubber meets the road and where most real struggles for power reside—where people disagree.  It is within this gap that the hearts and minds of those ever-pivotal white centrists are open for change. This is why Martin Luther King, Jr. and so many generations of black activists before him focused so intently on shifting the discourse taking place in that space.  Just as swing voters in swing states decide elections, so too does the public opinion of middle America (rightly or wrongly) mark many of the occurrences of real structural change for African Americans.  Bringing white thoughts in line with black thoughts (and not the other way around) is therefore crucial to any practical political success in both the near and the long term.  Yet, if one side does not first value the thoughts of the other, no real progress can be made.  This is why #BlackThoughtsMatter.  Yes, they matter intrinsically. But they also must be made to matter.

At the same time, pressuring mainstream America into a cognitive shift can be an exhausting process.  That is why inward looking black thought also matters.  Internal black community building and intra-racial conversations also need vibrant, courageous, and informed black thought. Programs like Chicago’s CeaseFire, the Anti-Eviction Campaign, and Fearless Leading by the Youth (F.L.Y.) are all doing amazing work that will move forward regardless of how long it takes middle America to recognize the validity of their claims. While all of these grass roots, black run organizations also work with white allies and are incredibly savvy in shaping white public opinion through various media channels, their modus oprerandi does not depend on white America having a ‘come to Jesus moment’ anytime soon.  As these amazing organization make clear, our hashtags can both inspire internal cohesion and also reach beyond the echo-chamber of Black Twitter to genuinely build bridges and change minds in a world that desperately needs the benefits of black thoughts.

With the struggle for marriage equality, we now have a prime example in the twenty-first century of precisely how quickly thoughts can change and, consequently, how public policy (and to a lesser extent discrimination on the ground) can shift once middle America reaches a certain tipping point on an issue.  The radicalism of yesterday becomes the common sense of today.  The marginalized voices of underrepresented groups become the new center.  This has already begun to happen in earnest on the issue of police brutality and the prison industrial complex.  The needle is clearly swinging ever so slowly in the direction of justice.  Yet, after these battles have all been won (and they will be won), black thoughts will still be here—bubbling up to the surface.  Black minds will continue to overflow with ideas on how to once again call America to its highest ideals rather than perpetually wallow in its habitual patterns of slavery, domination, and exploitation.   #BlackThoughtsMatter.   Will they finally be heard?