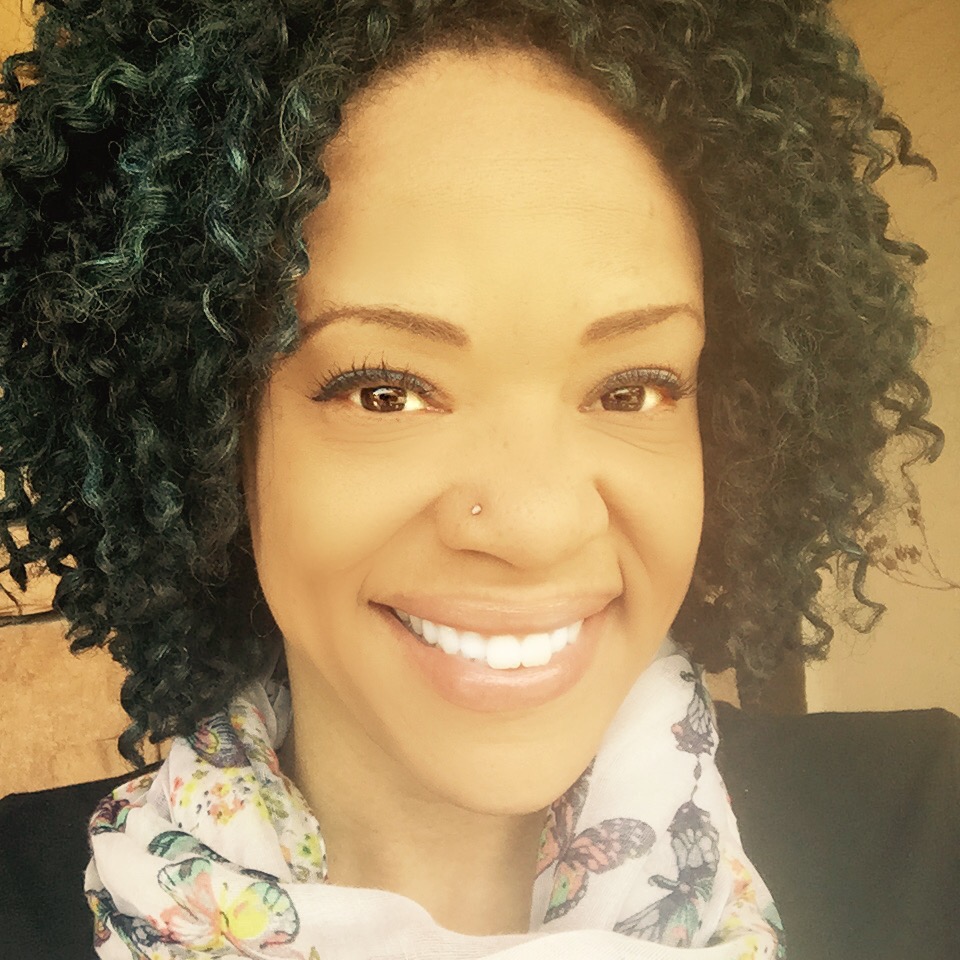 Deborah E. Whaley: I came to the project as a researcher, although I am an artist and did some formal training in cartooning when I was a teenager. Reading comics was a part of my young life and adult life. Like many, I enjoyed superhero comics and mainstream male characters, but I also felt affinities to female characters of color like Eartha Kitt’s Catwoman, Storm, and Vixen, because they represent strong women. 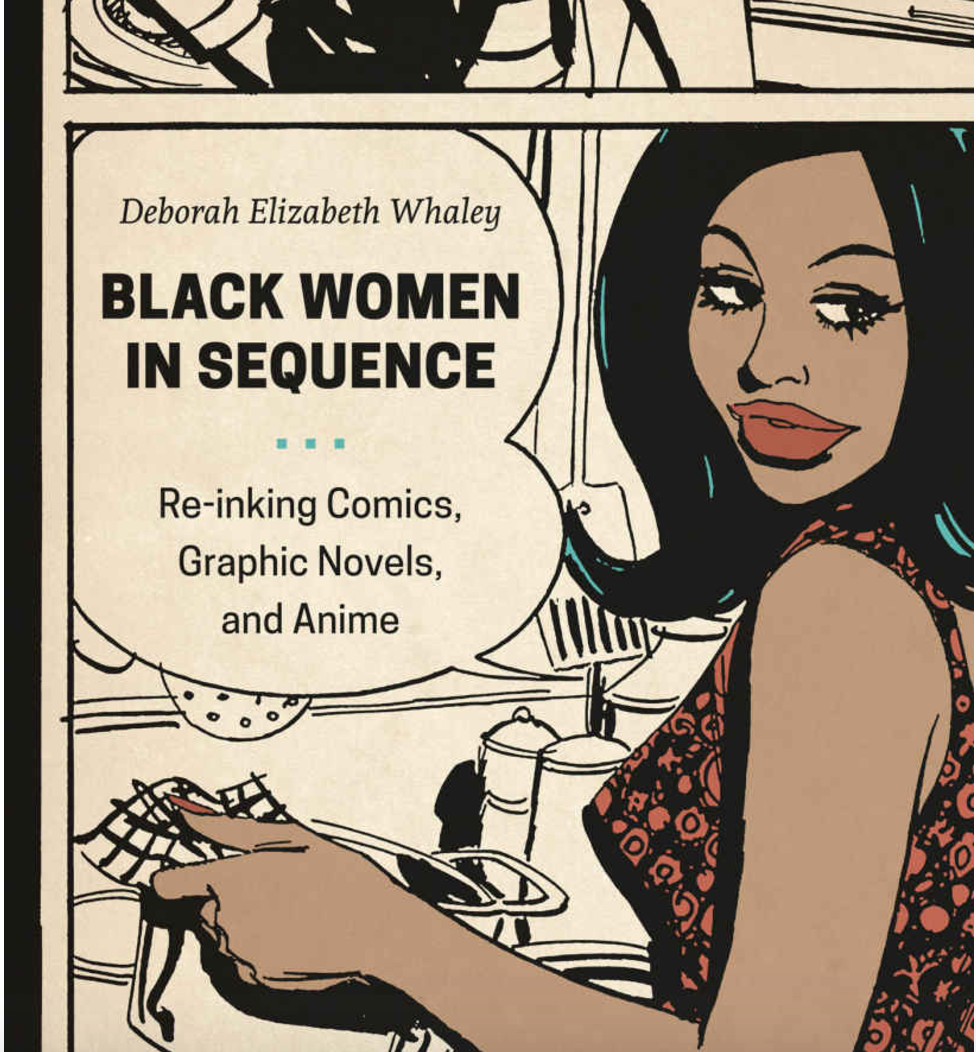 Teutsch: Black Women in Sequence covers artists and characters from the 1930s through the present in various genres, and you argue that we need to consider “sequential art as a viable form of understanding how popular literature and visual culture reflect the real and imagined place of women of African descent in nation making, politics, and cultural production.” Can you elaborate on this?

Whaley: Although sequential art is a burgeoning field, there is often a perception of comics as being for children or as having little intellectual merit. In the book, I expose how sophisticated narratives and images in sequence work together to provide a unique reading experience that I describe as optic-cognitive. Readers and creators are co-creating and processing words and images simultaneously, which is what makes comics and graphic novels unique. We can learn much about history, culture, and politics from comics, simply because its writers introduce such ideas in their work. The characters I explore in the book are a part of storylines that address many key historical moments and topics, including US and African relations, migration, civil rights, government surveillance, class inequality, racism, sexism, sexualities, and the dissemination of the Black female image in Asia.

Teutsch: You begin by discussing Jackie Zelda Ormes and her strips or gags that appeared in the Pittsburgh Courier, the Chicago Defender, and elsewhere in syndication from the 1930s through the 1950s. How did you discover Ormes and why is she an important starting point for this study?

Whaley: It made sense to me, as an Americanist and cultural historian, to organize the book chronologically from the 1930s to the 21st century to assess changes in representation and culture over time. Research on Black cartoonists led me to Ormes. I also contacted and began to interview women who were a part of the Ormes Society to provide a context in which to understand the impact Ormes has on contemporary writers and artists. I begin with Ormes and end with the Ormes Society to bring my work full circle. Ormes is the first recognized Black female cartoonist. As you note, her work appeared in Black newspapers during key times in Black history and culture. Ormes’s work depicted the migration of Black women from the South to the North, working-class Black women and their role in shaping ideas about domestic workers’ rights and patriotism during World War II, and how young women advocated for social change and strategized about social change during the 1950s and 60s Civil Rights era. She gave voice to Black women at a time when such voices were rarely discussed as a part of the historical record. In many ways, Ormes was marking historical change and inserting Black women into American history through her comic strips and gags.

Teutsch: The term “Black comix” appears in the final chapter when discussing artists such as Nara Walker and Rashida Jones, and you argue that they expand the term by presenting non-Black characters as “vehicles to explore the Black subconsciousness.” Through their depictions, they represent what you call the “affective progression of blackness.” Can you explain this process and why we should reexamine the way we define the term “Black comix”?

Whaley: Not all artists and writers working in the independent realm depict Black characters. Comic creators such as Rashida Jones, in Frenemy of the State, use a protagonist coded as white to explore a range of issues that affect people of color, but also depicts the relationship between citizens and their role in upholding or resisting policies of the nation. I argue that Black women’s narratives and art still reflect the diversity of Black consciousness and art even when their characters are not conspicuously Black. Writer and artist Leisl Adams, in On the Edge, uses animal characters and human-animal hybrid characters. Ashley Woods in Millennia War uses human and elf characters. What both of these women share is an ability to explore different identity configurations to question binary identities and understandings of identity. The themes and topics that their work reflects strategically address issues of concern to people of African descent while having universal appeal beyond any one particular race. Their engagement with the psychology of the mind and the politics of domination are universal, but can have particular consequences for those disenfranchised by their identities. There is a common definition of Black popular culture as creative expressions that are by, for, and about people of African descent. I do not reject this definition but I do argue that artists and cultural critics should not be contained or constrained to that definition. Artists such as Nara Walker focus on formalism and the beauty of physical bodies to present affective images and narratives. Characters that appear female are male; characters that appear raced simultaneously question visible signifiers of race; and, she uses didactic, visual poetry to augment cyclical narratives. Visual poetry, that is, the calculated spatial arrangement of visual images and written verses to convey meaning, becomes a compelling approach for her to interweave stories of love, loss, and intense emotion. What all of these women share is that they complicate our notions of identity instead of being beholden to essentialist ideas of identity.

Teutsch: Given the scholarly attention to sequential art over the past few years, where do you see the field going from here?

Whaley: The field is expanding to examine various forms of difference, including race, sexualities, and (dis)ability. There is still much work to do, especially interdisciplinary work. There are some in the field who believe print comics should take primacy in comic scholarship, or who bemoan the work on mainstream characters and companies and superhero comics and do not see merit in the film adaption of comics. In order for the field to grow, we should move beyond the past while we revisit past work. We also need more work on independent comics, gaming, virtual worlds, and film. I do not think scholars should abandon doing work on the superhero genre. For example, Nicholas Yanes has recently written a brilliant analysis of the Supergirl television show in Sequart. Lawrence Ware and others have been and are writing about the new version of the Black Panther. Important conversations in fan and scholar communities are occurring about gaslighting and abuse in iterations of the Joker narratives and Suicide Squad. The recent Avengers films and the series on Netflix Jessica Jones and Luke Cage are interesting case studies on US nationalism and international conflict and gender, sexual, and racial trauma. What are we to make of the “browning” or gender remixes of mainstream characters like Spiderman and Ironman? Thus, there is still much to say about characters and narratives that remain popular. At the same time, there are forms of sequential art that are understudied in regards to female characters and female characters of color. The good news is that the archive is large and there is plenty of room for all of us to help the field grow, especially in relation to issues of difference and fandom.