This post is part of our blog series that announces the publication of selected new books in African American History and African Diaspora Studies. Black. Queer. Southern. Women.: An Oral History was recently published by the University of North Carolina Press. 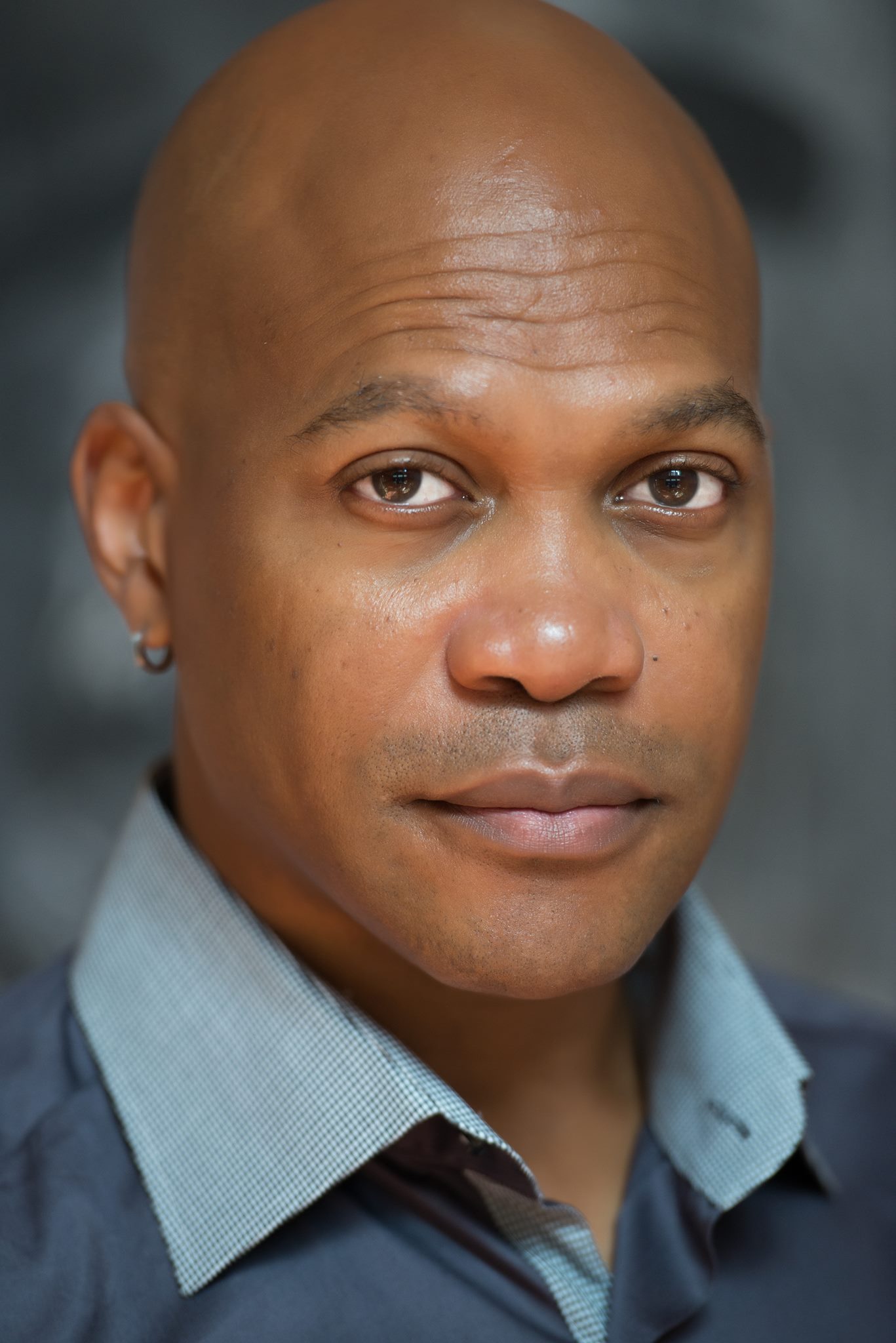 Author of  Black. Queer. Southern. Women. is E. Patrick Johnson, the chair of African American Studies, Carlos Montezuma Professor of Performance Studies and African American Studies at Northwestern University. A scholar/artist, Johnson performs nationally and internationally and has published widely in the areas of race, gender, sexuality and performance. Johnson is a prolific performer and scholar, and an inspiring teacher, whose research and artistry has greatly impacted African American studies, Performance studies, and Gender and Sexuality studies. He is the author of Appropriating Blackness: Performance and the Politics of Authenticity (Duke UP, 2003), and Sweet Tea: Black Gay Men of the South—An Oral History (University of North Carolina UP, 2008). He has edited and co-edited several volumes including (with Mae G. Henderson) Black Queer Studies—A Critical Anthology (Duke UP, 2005) and No Tea, No Shade: New Writings in Black Queer Studies (Duke UP, 2016). 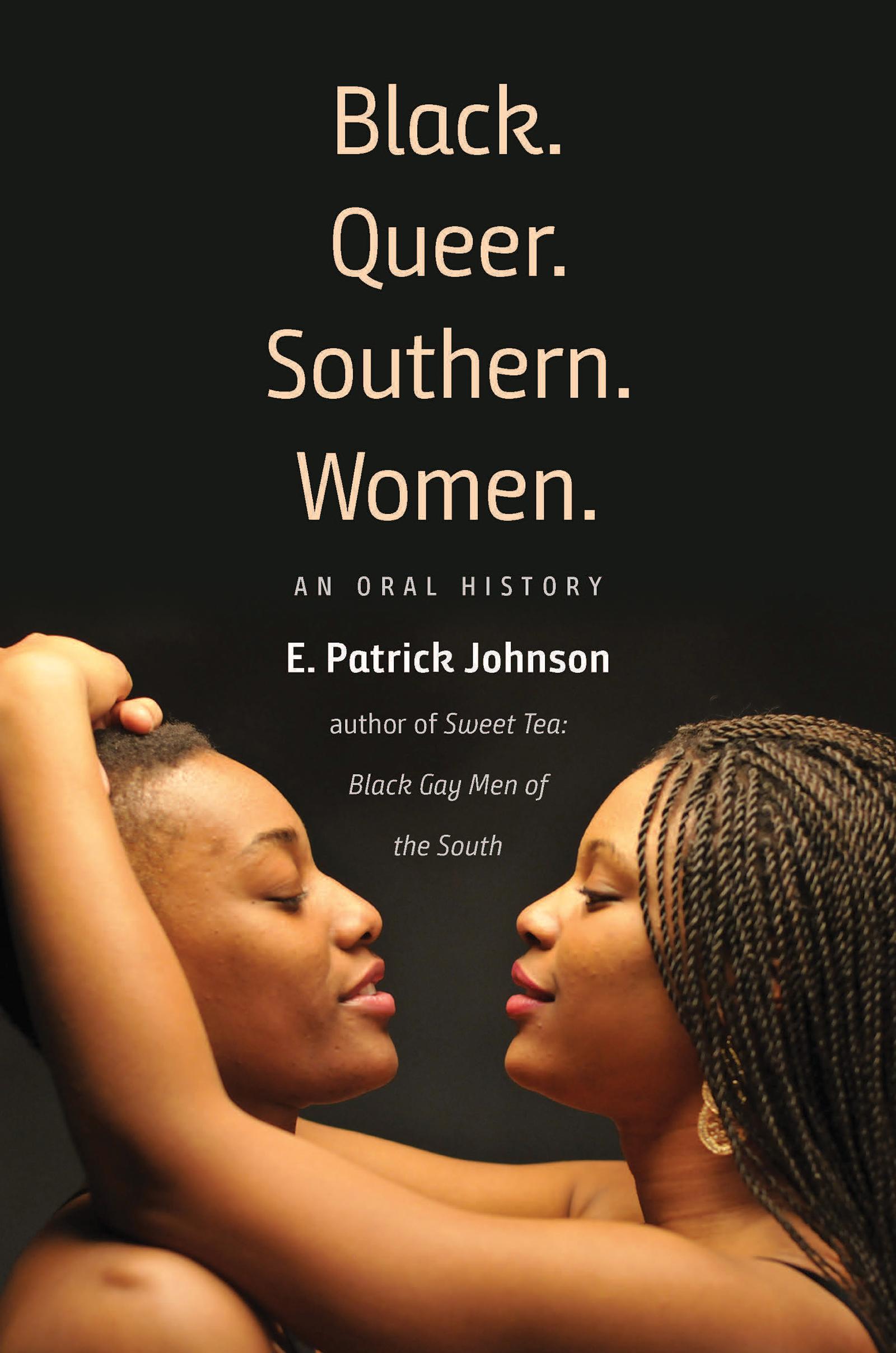 Drawn from the life narratives of more than seventy African American queer women who were born, raised, and continue to reside in the American South, this book powerfully reveals the way these women experience and express racial, sexual, gender, and class identities–all linked by a place where such identities have generally placed them on the margins of society. Using methods of oral history and performance ethnography, E. Patrick Johnson’s work vividly enriches the historical record of racialized sexual minorities in the South and brings to light the realities of the region’s thriving black lesbian communities.

At once transcendent and grounded in place and time, these narratives raise important questions about queer identity formation, community building, and power relations as they are negotiated within the context of southern history. Johnson uses individual stories to reveal the embedded political and cultural ideologies of the self but also of the listener and society as a whole. These breathtakingly rich life histories show afresh how black female sexuality is and always has been an integral part of the patchwork quilt that is southern culture.

“An amazing work that reflects Johnson’s passion, care for his subjects, sharp analytical skills, and standing in the field.”–Beverly Guy-Sheftall, Spelman College

J.T. Roane: What type of impact do you hope your work has on the existing literature in Black Queer and Southern Studies? Where do you think these fields are headed?

E. Patrick Johnson: Black lesbians in the South experience homophobia in Black communities, yet they are an integral part of those same communities. They experience racism and homophobia in white heterosexual and queer communities, yet they work among and hold friendships with members of these same groups. Even among their gay male peers they sometimes experience misogyny that excludes them from Black queer community. In these instances, blackness and lesbianism are rendered simultaneously visible and invisible depending on the social context. As narrators of their own life experiences, however, these Black queer southern women who love women not only potentially legitimate power relations, but also critique them. Their oral narratives provide insight into the complicated relationships between and among seemingly disparate communities of people.

As a result, I hope this book fills the void in the historical accounts of racialized sexual minorities in the U. S. South; calls into question the construction of the South as absent of thriving Black lesbian communities; accounts for the ways that Black lesbians negotiate their sexual, gender, class and racial identity with their southern cultural and religious identity; and, highlights the ways in which southern Black lesbians’ lives diverge from those of Black gay southerners.

Until recently, there have been deep tensions between Black queer studies and Black feminist studies—partly due to the phallocentricism of the former and the entrenchment of the latter. This tension has generated pathbreaking scholarship that does not see the two theoretical paradigms as mutually exclusive. A new generation of Black feminist scholars, for example, have employed the capaciousness of “queer” to theorize beyond a conservative bio-political Black feminist stance, while also focusing on gender as an essential category of analysis. Hopefully, Black. Queer. Southern. Women. represents a useful example of this ongoing dialogue.