loading...
By J. T. Roane May 10, 2019 Comments Off on Black Madness: A New Book About Blackness and Disability
This post is part of our blog series that announces the publication of selected new books in African American History and African Diaspora Studies. Black Madness: Mad Blackness was recently published by Duke University Press.

The author of Black Madness: Mad Blackness Therí A. Pickens, is Associate Professor of English at Bates College.  Pickens received her undergraduate degree in Comparative Literature from Princeton University and her PhD in Comparative Literature from UCLA. Her research focuses on Arab American and African American literatures and cultures, Disability Studies, philosophy, and literary theory. Pickens is also author of  New Body Politics: Narrating Arab and Black Identity in the Contemporary United States. Her critical work has appeared in a host of critical journals including Hypatia, MELUS, Journal of Literary and Cultural Disability Studies, Disability Studies Quarterly, Al-Jadid, Women & Performance, and the Journal of Ethnic American Literature. She also published in the ground-breaking collection, Blackness and Disability: Critical Examinations and Cultural Interventions, and the critical volume, Defying the Global Language: Perspectives in Ethnic Studies (Teneo Ltd). She is also a creative writer. Her poetry has appeared in Black Renaissance/Renaissance Noire, Save the Date, and Disability Studies Quarterly. Her drama has been performed at the NJ State Theater. Follow her on Twitter @TAPPhD. 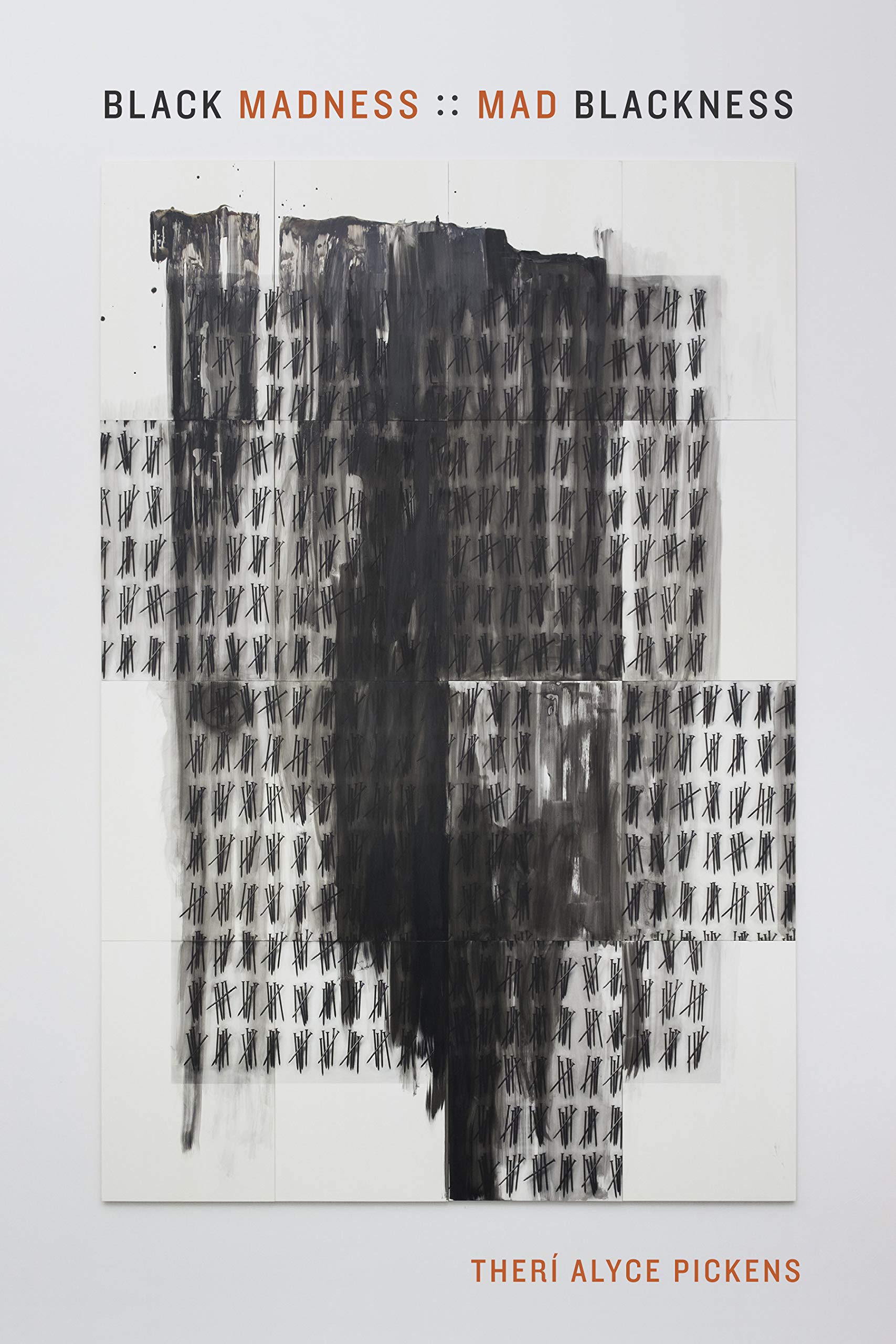 In Black Madness :: Mad Blackness Therí Alyce Pickens rethinks the relationship between Blackness and disability, unsettling the common theorization that they are mutually constitutive. Pickens shows how Black speculative and science fiction authors such as Octavia Butler, Nalo Hopkinson, and Tananarive Due craft new worlds that reimagine the intersection of Blackness and madness. These creative writer-theorists formulate new parameters for thinking through Blackness and madness. Pickens considers Butler’s Fledgling as an archive of Black madness that demonstrates how race and ability shape subjectivity while constructing the building blocks for antiracist and anti-ableist futures. She examines how Hopkinson’s Midnight Robber theorizes mad Blackness and how Due’s African Immortals series contests dominant definitions of the human. The theorizations of race and disability that emerge from these works, Pickens demonstrates, challenge the paradigms of subjectivity that white supremacy and ableism enforce, thereby pointing to the potential for new forms of radical politics.

“This book delivers on its promise. It opens disability studies and black studies to one another with generosity, humor, and the sharpest of wits. We have so relied upon certain quotidian paradigms that to challenge them in any way seems like an impossibility, but with rich readings of speculative fiction Therí Alyce Pickens reminds us that it is possible to find new theories for being together. Disability studies lost a fierce advocate for blackness when we lost Christopher Bell—it is clear that Pickens has continued that tradition of bold and insightful dialogue and even elevated it here.” — Sharon Patricia Holland, author of The Erotic Life of Racism

J.T. Roane: What type of impact do you hope your work has on the existing literature on this subject? Where do you think the field is headed and why?
Therí Pickens: Right now, our conversations about race and disability are both stagnated and sequestered. That is, we tend to only talk about the relationship between race and disability in specific ways and that conversation tends to be limited not only to academia but to specific sites within it. Black Madness :: Mad Blackness is my attempt at expanding the conversation beyond certain well-worn paths (even as newcomers are introduced to those paths) and pushing the fields (Black Studies and Disability Studies) to speak to one another. I hope that the book reaches a broader audience than those who are already interested or working in these areas: specifically, I want those who are curious dilettantes to read it. When I went on Left of Black, I was elated at how much people said they learned from my interview about Black Disability Studies. I hope for that same engagement from folks for Black Madness :: Mad Blackness.
In looking at the slew of new work in these fields, I’m struck by how much people are remixing our conversations. Take, for instance, C. Riley Snorton’s Black on Both Sides or Christina Sharpe’s In the Wake or Eunjung Kim’s Curative Violence or Nirmala Erevelles’s body of work. These scholars push fields of study together and force us to rethink the underpinnings of those fields, question the narratives we tell, and retrace our ideological commitments. As we seek to undo the knowledge base formed by white supremacy, that’s where the field is going, that place that refuses to accept the insidiousness of normalcy as it is currently defined. Of course, that agitation is uncomfortable, fraught, arduous, and slow (glacial, actually), but it is, in the words of Salt N Pepa “very necessary.”
Share with a friend:
Copyright © AAIHS. May not be reprinted without permission.