loading...
By Duchess Harris September 16, 2016 Comments Off on Black Lives Matter and the Price of the Ticket

“The policy agenda for Black Lives Matter has been relevant for as long as we have had Black lives.” 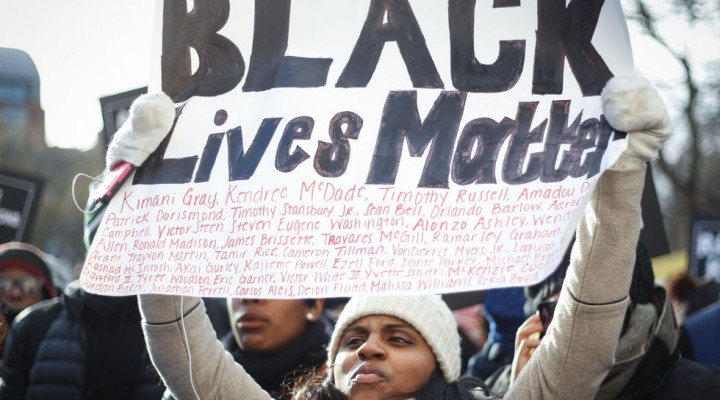 You could fill the wing of a library with all of the books written about President Barack Obama. In Frederick C. Harris’s The Price of the Ticket: Barack Obama and the Rise and Decline of Black Politics, he argues that the election of Obama exacted a heavy cost on Black Politics. Published in 2012—the same year that Trayvon Martin was killed—Harris’s book contends that Obama’s race-neutral approach to governing and policymaking, along with the Black elites’ refusal to pressure the president to address community interests, has incurred a political price for Black Americans. 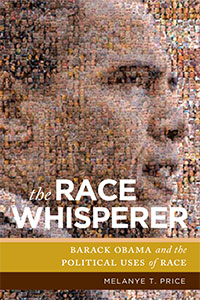 Melanye T. Price’s recently published book, The Race Whisperer: Barack Obama and the Politics Uses of Race is the response to Frederick C. Harris’ call in The Price of the Ticket. Price’s work is lucid and compelling. She contextualizes Barack Obama as uniquely situated to tap into multiple racial appeals. He is able to make authentic and politically useful connections to multiple groups including whiteness without actually being white. She explains that a significant portion of this ability stems from his capacity to tailor his biography to establish powerful connections with many groups. His multiracial background, his experiences living abroad, his Ivy League education, and his organizing skills all provide source material for bold and genuine claims to membership across and among identities and categories. In this way, he is able to tap into narratives of Blackness, whiteness, migration, and other identities with a good amount of credibility. Price’s book examines how he is able to do this, and the resulting implications for our understanding of Barack Obama’s racial legacy and the future of Black politics.

I open with Harris and Price because I don’t think you can address the policy agenda of Black Lives Matter without considering the fact that the most resistant Black activist movement since the Black Panther Party came on the scene during the second term of our first Black President.

Price reminds us that there had been Black presidential candidates before—Shirley Chisholm in ’72, Jesse Jackson in ’84 and ’88, and Al Sharpton in ’04. As a young adult in the ‘80s, I can’t imagine why my generation didn’t organize Black Lives Matter during the Reagan Administration. We should have, but we didn’t.

The Policy agenda for Black Lives Matter has been relevant for as long as we have had Black lives. I did not expect the election of Barack Obama, either time, to give Black people political power. But the fact that we must still “demand” that all people have the right to vote, despite it being the 21st century, is ironic at best. Black Lives Matter is needed now more than ever because of backlash against Obama and the war against us.

Knowing America the way that I do, some people will be afraid of the Black Lives Matter Platform. As an academic, I know that we have seen this platform before. In 1963, the NAACP, Urban League, Southern Christian Leadership Conference (SCLC), the Student Nonviolent Coordinating Committee (SNCC), and the Congress on Racial Equality (CORE) came together with a set of goals:

This was the platform for the March on Washington, one of the most celebrated events in our nation’s history. So why are we so afraid of Black Lives Matter and their six-point platform today?

I would argue that many Americans, of many racial backgrounds, saw the election of a Black President as an opportunity for Black satisfaction, or rather, complacency. Since a Black man had reached the highest office in the nation, obviously it meant that racism was over. Nothing could be further from the truth. Price writes, “…[a]s America’s first Black president prepares to leave the White House, we have learned many lessons about race and politics. If Black politics remains a group-based endeavor that is led, in part, by Black elected officials, then Black elected officials have to talk about the way certain public policies continue to have a disproportionate impact on Black communities. That is an explicit racial discussion that threatens to upset dominant perceptions and norms and potentially spurns white voters. Understanding how to simultaneously support Black candidates who run for office at the state and national level and a Black political agenda that ameliorates racial inequality is the most important challenge to emerge in the Obama era.” 1

I propose that the ticket that could save us is in fact the platform of Black Lives Matter. It’s a ticket we can’t afford not to buy. Otherwise the price that we’ll continue to pay is the war on Black people; lack of reparations; lack of investment in Black communities, unaddressed economic injustice; continued political disenfranchisement; and lack of community control. Black Lives Matter in the age of Obama just might be the fire this time.

Duchess Harris is Professor and Chair of American Studies at Macalester College. She earned a Ph.D. in American Studies from the University of Minnesota and a Juris Doctorate from William Mitchell College of Law. She is the author of several books including Black Lives Matter (co-authored with Sue Bradford Edwards), Black Feminist Politics from Kennedy to Clinton/Obama, and Racially Writing the Republic: Racists, Race Rebels, and Transformations of American Identity (co-edited with Bruce Baum).