loading...
By Danielle McGuire June 3, 2020 Comments Off on Attica Means Fight Back: History and Storytelling as Resistance

This week we’re revisiting Heather Ann Thompson’s Blood in the Water: The Attica Prison Uprising of 1971 and Its Legacy (Pantheon Books, 2016). Today we are featuring an essay by Danielle McGuire.

In his presidential address for the 2012 American Historical Association, Bill Cronon argued that the core business of historians is “resurrection.” Our job, he said, is to breathe life into the “dead past” and make it live again. There is no worse crime, he said, “than to make it forgettable.” Heather Ann Thompson’s brilliant and beautifully rendered book, Blood in the Water: The Attica Prison Uprising and Its Legacy, offers, among other things, a blueprint for how to write powerful narrative nonfiction with explanatory force that brings the past to life and does real work in the present.

In this nearly 600-page thriller, Thompson tames the sprawling and chaotic story of the 1971 Attica prison uprising and its aftermath by delicately weaving tens of thousands of pages of court and commission transcripts, newspaper clippings, FBI and police documents, gubernatorial and presidential papers, personal interviews, photos, film, and material culture into a gripping and gut-wrenching tale of state violence and human resistance. Lesser historians without her mastery of the topic or those less committed to the art of historical writing, may have gotten bogged down by the research and focused so tightly on the transcripts and testimony that readers could have easily lost interest or worse, missed the crucial lessons Attica offers. To be sure, there are many.  But Thompson’s analytic skill and her astute eye for the most important aspects and individuals in the Attica story, keep the narrative and its readers on track.

Part of this has to do with how she organized the book—chronologically and biographically, with each part preceded by a miniature bio of the key individual most representative of that section. This was a subtle, yet powerful technique to introduce readers to some of the key actors in the Attica drama and to remind us that at the center of any story worth telling are human beings who have the power to shape our world for better and for worse. Short, focused chapters built upon one another and were anchored by anticipation mixed with uncertainty. This created a sense of drama and made it easy to turn page after page. It also made readers work for answers and understanding. Believe it or not, readers want to put the pieces together themselves. They want to work for the story. It gets them involved and makes them care. It transforms readers from passive recipients of a narrator’s knowledge to empowered and enlightened citizens who carry the torch of the past and the lessons it offers through their everyday lives.

This is how the past comes to life. Thompson’s narrative voice in this sense was masterful. She never told us that something horrible was horrible. She showed us, bit by bit, how monotonous the degradation of democracy is; how courageous individuals and groups can hammer away at state power; and how violence and terror slowly, yet surely erode lives and institutions. Thompson carefully laid out the evidence and let individuals and documents speak for themselves without overwhelming us with too many voices. She spun a story bound by horror and hope. This is an art and it takes extraordinary care and skill. 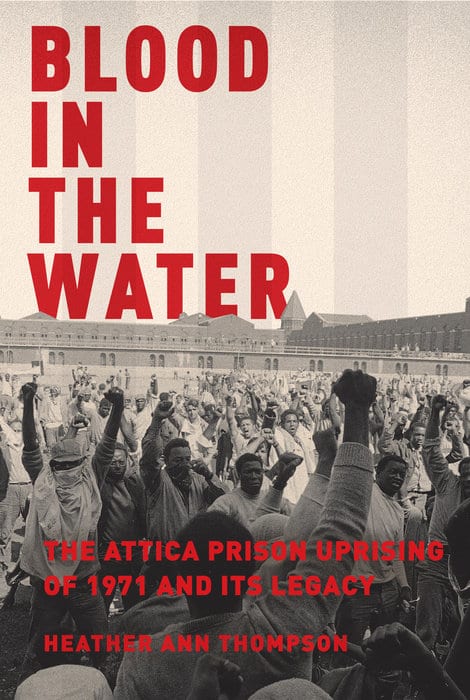 And yet, this was not an easy book to read. Too often my vision blurred as tears spilled down my cheeks. This, too, is evidence of a skilled storyteller. Thompson makes readers care. If we cannot, as historians, move the public to care as much about our research as we do, we have already failed Cronon’s charge to make the dead past live again. Thompson’s surgical focus on the decisions and actions that mattered most and on the officials who consistently chose obstruction and repression over democracy—makes the insidiousness of state violence personal. It is not some nebulous thing that we cannot see or name. She exposes the powerful politicians who ordered the retaking of Attica and worked for decades to cover up their roles and responsibilities and the brutal and inhumane acts inside Attica by New York State Police, Corrections Officers and National Guardsmen—men sworn to uphold the law. She chronicles the devastating ways violence manifested in the bodies and minds of its victims and their families and showed how the real costs of retaking Attica by the state are both incalculable and everlasting.

The militarized takeover of Attica and the decades-long efforts to hide the truth about what happened wreaked such havoc and left such a long trail of destruction one wonders if there is truly any way back. Can there be justice after the horrors of Attica? There are the dead prisoners and hostages; the widows of the incarcerated and the prison guards; the children who grew up bereft of fathers. There are the wounded hostages and prisoners, riven by PTSD and marked by physical and emotional scars; men who became shells of their former selves, whose lives were forever changed. There are the men who stormed Attica and became their worst selves; who acted monstrously and with help from the state, hid the truth. Their shame, guilt and complicity lingers inside them, diluted by drugs or alcohol, but never really gone. There are the witnesses and well-meaning aides whose silence enabled violence to choke out justice. There are the black-robed judges and white jurors whose fealty to the state and its representatives often overpowered their devotion to the law and human dignity. There are the citizens who fought for the American dream and lost faith in its promises of equality and due process—a loss that is as destructive to the American project as anything can be. And there is the concept of democracy itself, so atrophied and desiccated by the people who ordered and covered up and remained silent about the violent retaking of Attica that it was an astounding act of hope for anyone to have any faith in its promise.

Indeed, the only humanity in this whole sordid affair; the only things that gave me hope by the last few pages of Blood in the Water were the individuals and organizations who resisted the unrelenting march of the state and its power to subvert justice. Thompson introduced us to many heroic individuals, but a few stand out for their courage, decency and devotion to human dignity and justice: Frank “Big Black” Smith, Liz Fink, Malcolm Bell, Michael Smith, Tom Wicker, Dee Quinn Miller, and Ernest Goodman. Justice was largely elusive to them and those for whom they fought. Cash settlements cannot mend wounds this large, even if money can provide some basic health care and decent living conditions for victims and survivors.  Worse, as long as the state of New York refuses to acknowledge any responsibility for this man-made disaster or release all the documents related to Attica, justice will remain elusive.

To be sure, even the institutions devoted to its maintenance are weak. While Thompson documents the ways in which radical activists rallied to defend the Attica Brothers and pressured the state through public protests, raising money for defense funds and drumming up media interest, the only bulwark against state power and abuse in this case—admittedly weak at times—was the courts. Thompson shows how single-minded lawyers devoted to the Constitution and the law forced some sunlight into the dark recesses of the state and its minions. She also demonstrates how a single judge could be the difference between upholding individual human rights and excusing and normalizing horrific atrocities by the state. No one can do this work alone, however. Along with judges, Thompson shows how necessary movement coalitions and protests were for the victims and their advocates.

Freedom, as Ella Baker reminds us, is a constant struggle. In Blood in the Water, Heather Ann Thompson demonstrates just how costly that struggle is. More importantly, by resurrecting the story of the 1971 Attica uprising and breathing life into it with precision research and riveting storytelling, Thompson reminds us how the fight against state power continues today and shows us the techniques and tools used by our predecessors to understand and oppose injustice. In other words, this is not just a groundbreaking work of nonfiction, but also a book that can and will do real work in the present.  Indeed, the most historiographical and genre-creating power of Thompson’s research has already carved a path forward—both in the academy through history and carceral studies—and in the realm of politics and policy where decisions that affect real lives are made.

Thompson reveals, with analytical force and powerful storytelling, how and why resisting state violence, especially the rise of mass incarceration and its attendant evils, is imperative not just for those of us most immediately and dramatically impacted by it, but for us all.  As protestors noted in 1975, “Attica Means…Fight Back.” This is true now more than ever.

Danielle McGuire is an award-winning author and historian of racial and sexual violence. She is the author of At the Dark End of the Street: Black Women, Rape and Resistance—A New History of the Civil Rights Movement from Rosa Parks to the Rise of Black Power and edited Freedom Rights: New Perspectives of the Civil Rights Movement with John Dittmer. Follow her on Twitter @dmcguire13.