Earlier this month, I had the great opportunity to attend the biennial meeting of ASWAD, the Association for the Study of the Worldwide African Diaspora. Founded in 2001, ASWAD brings hundreds of academics, activists, artists, (and everything in between) together to explore the nuances of black thought and experience throughout the globe. ASWAD’s mission is straightforward: “to further our understanding of the African Diaspora,” and to do so by sharing the most recent, cutting edge scholarship “within and across disciplinary and other conventional boundaries.”[1]

I did not work behind the scenes, but to be sure, the logistics of having hundreds of papers, presentations, film screenings, cultural excursions, and exhibitions took a great deal of planning. This, alongside the numerous built-in opportunities participants had for conversation, to break bread, and to share ideas left me ever grateful to the officers, Program Committee, and Local Arrangements Committee Members.

While at ASWAD, I had the opportunity to reconnect with friends, former students, and colleagues I had not seen in far too long. Most exciting, however, was the chance to engage with folks from so many different fields, countries, and institutions. Charleston, South Carolina, was a truly fitting locale for ASWAD. In addition to being so close to my family, it allowed me to return to an intellectual home—the literal spaces where my first academic works were born. 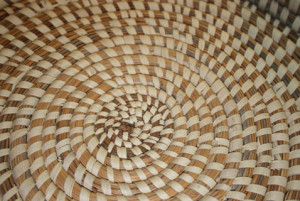 I would like to reflect upon my participation in two panels that considered the implications of historical and contemporary work on the Gullah/Geechee, the African American inhabitants of the coastal lowlands of South Carolina, Georgia, and Florida. Conceived of and enacted as a literal call and response, participants presented traditional papers and a subsequent roundtable.

The first panel, entitled “Mapping the Contours of Time: the Gullah/Geechee and Foundations of Culture,” considered the significance of Sheila Smith McKoy’s essay “Limbo: Diaspora Temporality and Its Reflection in Praisesong for the Widow and Daughters of the Dust.”[2] McKoy adeptly articulates the notion of “limbo time,” the fused, yet contested space that black diasporic cultures negotiate between linear and cyclical time. Whether in speech, movement, work, foodways, or folk religion, time often functions differently among the Gullah/Geechee, which is in great part an attestation of their Afro-Atlantic roots.

This first panel invoked McKoy’s concept, and sought to unpack the various dimensions of time that have influenced the formations of Gullah/Geechee culture. The panelists—myself[3], Edda Fields-Black[4], and Jason Young[5]—used our respective reflections to attend to the “origins” of the Gullah/Geechee and identify the African and Atlantic influences that helped to form these communities. We unearthed processes of creolization, the visual art of photography, and the histories of spiritual formations in Gullah/Geechee life. They are active participants and creators of “temporal fluxes,” where themes, practices, traditions, and structures, are repeated, reimagined, and reconfigured in the collision of African cyclical time and western linear time.

The second panel, “Theorizing the Gullah/Geechee: Spiritualities, Methodologies, and Africana Identities,” marked the first gathering in recent history of cross-disciplinary scholars of Gullah/Geechee culture. Taking the earlier panel’s exploration of the mediation between space, time, and invisible entities among the Gullah/Geechee, this author-meets-author roundtable responded to questions about how identity formations have influenced the category of Gullah/Geechee spirituality.

In addition to the participants of the first panel, Ras Michael Brown[6] and Melissa Cooper[7] joined in for what was a robust and lively conversation. Each of the participants have all written—or are currently writing—monographs devoted to the exploration of Gullah/Geechee culture. The texts have a particular focus on Gullah/Geechee religion and black Atlantic intersections, and investigate aspects of religion salient to Gullah/Geechee culture, including the various methodologies used to interpret them. Taking our lead from the fluidity and dynamism of Gullah/Geechee spirituality, we framed our conversational remarks in response to the following three questions:

Our exchange was, quite frankly, phenomenal. It was remarkable to have the space to simply talk to and with each other, to ruminate about what it means to do the work that we do, and to collaborate about the communities that are as much a part of our lives as they are our research and teaching. This rich, timely collaboration left my colleagues and I (re)invigorated to study lowcountry communities anew and to compile our resources into a collectively usable archive. The dialogue that ensued from our exchange had everything to do with the space that ASWAD has intentionally carved out for its members and participants. We were all grateful for the space, and very much look forward to our time together, two years from now.

[4] Edda L. Fields-Black is Associate Professor of History at Carnegie Mellon University, and author of Deep Roots: Rice Farmers in West Africa and the African Diaspora (Indiana University Press, 2008). She is also currently writing what she calls an epic, transnational history of the Gullah/Geechee.

[5] Jason R. Young is Associate Professor of History at SUNY Buffalo, and author of Rituals of Resistance: African Atlantic Religion in Kongo and the Lowcountry South in the Era of Slavery (Louisiana State University Press, 2007).

[7] Melissa L. Cooper is Assistant Professor at the Institute of Southern Studies at the University of South Carolina, and is currently at work on a manuscript entitled Making Gullah: Sapelo’s People and the Invention of Gullah Folk.

Comments on “#ASWAD2015 and the (Re)formation of Scholarly Community”