loading...
By Chernoh Sesay Jr. December 8, 2015 Comments Off on American Dreaming at the Beginning of the United States 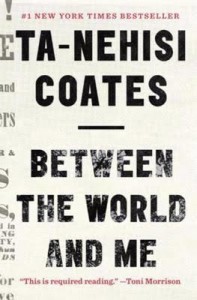 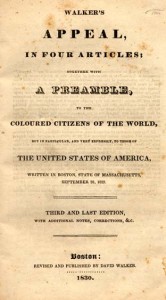 Reviewers of Ta-Nehisi Coates’ Between the World and Me have commented on the tension in his memoir between skepticism and hope.1 Coates doubts that the Dreamers can realize the failings of their ambitions, but he hopes for the future of his son. This mix of doubtfulness, distrust, aspiration, and anticipation has existed throughout the history of the United States, and especially for African Americans. The political scientist Melvin Rogers eloquently summed up this problem when he wrote that initially it seemed that the memoir would “reveal the illusion of the Dream and then open up the possibility for imagining the United States anew.” Instead, Rogers argues that in Between the World and Me, “white supremacy is not merely a historically emergent feature of the United States; it is an ontology. White supremacy, in other words, does not structure reality; it is reality.”

Roger’s distinction between white supremacy as a constructed ideology rather than as a kind of a priori phenomenon is a useful distinction. As the United States formed, despite the startling rootedness and expansiveness of racist practices and political structures, there were multiple and competing imaginings of what the U.S. was and what it might become. For example, in his study of the origins of American nationalism historian David Waldstriecher argued that conflict “produced the ‘nation’ as contestants tried to claim true American nationality and the legacy of the Revolution.”2  In the early years of the U. S., despite the growth of southern slavery and the retraction of rights for northern free blacks, David Walker and others wrote to reveal the thin line between reality and the perception of reality.  Moreover, early free blacks also dreamed of what America could be even as they directly questioned what America was.

Several reviews have commented on Coates’ idea of the Dream.3 Law professor, Michelle Alexander explained that Coates must certainly appreciate “what is lost by failing to describe the Dream with particularity and by declining to offer guidance to his son about what it means, exactly, to embrace the Struggle at this moment in time.”  Reacting differently to Coates’ idea of the Dream are Michiko Kakutani and David Brooks. Kakutani astutely identified several possible ideological and metaphorical kinds of the Dream, but she asked why Coates did not highlight those positive visions of the future, like the “American dream of opportunity and a better life for one’s children,” or “Martin Luther King Jr.’s dream of freedom and equality (which the Reverend King observed was a ‘dream deeply rooted in the American dream’).”  Brooks echoed Kakutani in his reaction to Coates’ descriptions of the Dream when he described his ancestors as being inspired by the idea that “America was the antidote to the crushing restrictiveness of European life, to the pogroms,” and that the “American dream was an uplifting spiritual creed that offered dignity, the chance to rise.”

Forms of nationalism have informed this American dream, but American nationalism has certainly reflected an attitude of exceptionalism and particularity that is simultaneously parochial and global, and perhaps even hegemonic. Yet, historically, the people of the U.S., especially black people, have always contested the meaning of American nationalism and hence, the meaning of the Dream as defined by racism and colonialism. One of the issues informing and arising from Coates’ memoir reflects the debate about the origins and nature of American politics.4  Discussion about the idea of the Dream raises interesting questions about the relationship between conflict and consent, and between skepticism, justice, and hope in black thought.

For Walker, like Coates, reality was and is reflected in the violence and brutality experienced by African Americans. Early in the third edition of his famous and infamous, Walker’s Appeal (1830), Walker exclaimed, that the “Coloured People of these United States, are the most wretched, degraded and abject set of beings that ever lived since the world began.” Although a product of the slave south, Walker also gained public voice in the free antebellum north. That Walker wrote when he did should mean something important for today. Walker wrote from a north that had freed most people of color but that also continued to relegate blacks to the margins of society in almost every way. Yet, despite the totality of their disfranchisement, these activists did not conflate visceral experience with the idea that their constant inflictions constituted the only kind of possible reality.

The normative Christian and masculine language of his day shaped his message. Nonetheless, Walker’s polemic imagined a different kind of American society. Despite his unequivocal damning of white America, Walker also dreamed. Walker’s dream was animated by an Old Testament God who would bring justice to people of color around the globe and especially in the United States. More importantly, Walker imagined that African Americans themselves would make the future more just. Walker acknowledged that “our cruel oppressors and murders, may (if possible) treat us cruel.” However, invoking the idea of Ethiopianism, Walker argued that “yet, the God of the Ethiopians, has been pleased to hear our moans in consequence of oppression; and the day of our redemption from abject wretchedness draweth near, when we shall be enabled, in the most extended sense of the word, to stretch forth our hands to the LORD our GOD, but there must be a willingness on our part, for GOD to do these things for us.”5

Certainly, the continuities of race and racism through the history of the United States raise serious questions about progress today. This past fall quarter, when I asked my undergraduates if they could begin to imagine a world without ideas of race informing their worldviews, none of them thought that this was possible. Yet, despite the tenacity of race and its racist consequences, historically and now, many African Americans have not only taken America to task, but they have dreamed of justice as they have labored for a better world.