I had the honor of moderating a panel featuring legendary black feminist Barbara Smith at this year’s Underground Railroad Conference in the Capital Region of New York. Considering the focus of the panel concerned “Moving Between: Intersectional Identities in the Struggle for Justice,” it was perfect timing when both Smith and I received advanced copies of my edited collection, Are All the Women Still White? Rethinking Race, Expanding Feminisms (SUNY Press, 2016). An obvious homage to All the Women Are White, All the Blacks Are Men, But Some of Us Are Brave (Feminist Press, 1982), which Smith co-edited with Akasha Gloria Hull and Patricia Bell Scott to create a space for Black Women’s Studies, I sought to revisit the issues put forth in the earlier edition and expand upon the question of “womanhood” through multiracial perspectives. This work is not just about acknowledging the legacies of black feminism but also about pointing to the work that still needs to be done with regards to reasserting intersectional analysis in the field of feminist studies.  Below is an excerpt from my introduction to this new volume.

More than thirty years have passed since editors Akasha Gloria T. Hull, Patricia Bell Scott, and Barbara Smith published All the Women Are White, All the Blacks Are Men, but Some of Us Are Brave: Black Women’s Studies through the independent publisher the Feminist Press, just two years after Barbara Smith cofounded the independent Kitchen Table: Women of Color Press. Realizing back then that neither of the established programs in women’s studies and black studies would include the contributions of black women and their intellectual traditions in any meaningful way, black feminist scholar-activists created their own spaces for naming, asserting, and politicizing their radical existence. That such an independent-minded and radical act would be remembered today through this twenty-first-century edited volume and homage—published this time via a university press—is a testament to its tremendous impact on academia and especially on the diverse field of women’s and gender studies. 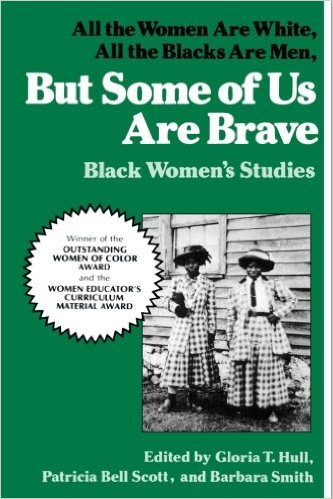 In their introduction to this groundbreaking collection, Hull and Smith argued for the need for analyses that intersected gender, race, and class and asserted a political feminist stance that would reposition black women within academic research, academic curricula, and community engagement. Such analyses, they reasoned, would necessarily transform our knowledge of and resistance to multiple forms of oppression. As they suggest, “Only a feminist, pro-woman perspective that acknowledges the reality of sexual oppression in the lives of Black women, as well as the oppression of race and class, will make Black Women’s Studies the transformer of consciousness it needs to be.”1

Given the growth of women’s and gender studies in the last thirty-plus years, this updated and responsive collection will expand upon this transformation of consciousness through multiracial feminist perspectives. Indeed, the fields of women’s and gender studies and other academic disciplines have been critically shaped by intersectional analyses, transnational feminist perspectives, action research and activist development, and the rearticulation of gender and sexuality in queer studies—all critical interventions that such early publications helped foster. Even with such growth and progress, concerns still remain as to how inclusive our feminist theories and practices have become in recognizing and complicating analyses of women and gender across races, ethnicities, nationalities, sexualities, and dis/abilities as well as in dismantling gender binaries and cultural and national borders. Since the initial appearance of All the Women Are White, All the Blacks Are Men, but Some of Us Are Brave, we have experienced considerable shifts in how we talk about race and its relationship to gender. We have also redefined research and what constitutes pedagogy and activism in academia and elsewhere. 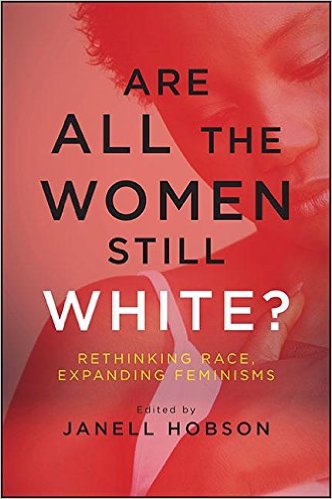 So why ask the question: Are all the women still white? … The volume’s titular question is a guiding reminder that gender and racial signage must be viewed as inherently questionable and unfixed, ever shifting and destabilized in different contexts, despite efforts to continually “fix” the category of woman through the narrow frames of white supremacist capitalist heteropatriarchy both in theory and in practice…We are still struggling to create transformative theories and practices that dismantle racism and its interlocking effects on hetero/sexism, classism, imperialism and other oppressive ideologies…

With these various issues in mind, the essays and poetry in this collection contribute to an interdisciplinary collage in which multiple voices, experiences, theories, practices, and genres paint an intricate and multicolored picture. Such multiple positions dislodge the “all the women are white” question, while also gesturing toward more than mere reactionary exposition that women of color feminisms are expected to convey. Because of this, the different subjects and concerns illuminate the tensions and interventions that now structure rich, vibrant, and diverse feminisms.

Comments on “All the Women: Continuing Legacies”