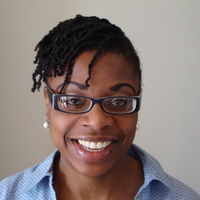 Tiffany Florvil is a historian of the modern and late modern period in Europe, especially social movements, gender and sexuality, emotions, and the African diaspora.  She is currently revising her manuscript tentatively entitled, Making a Movement: A History of Black Germans, Gender, and Belonging. Making a Movement builds from her dissertation and is a cultural history of the interplay of emotions, social activism, transnational feminism, and the African diaspora in Germany, and it examines the writings, institutions, relationships, and gendered complexities that emerged as Afro-German intellectuals and activists formed a movement to gain and retain recognition in German society.  In tracing the evolution of this movement, Professor Florvil’s project also illuminated the emergence of an Afro-German intellectual and activist tradition inspired by Afro-Caribbean feminist Audre Lorde and her theories about heterogeneity, diaspora and writing.  Florvil has several forthcoming articles that revolve around the Black German movement and its transnational connections.  She is also working with a colleague on a volume entitled New Perspectives of Black German Studies under contract with Peter Lang Press that reexamines the field of Black German Studies.  Florvil has organized with Vanessa Plumly two German Studies Association (GSA) seminars: one entitled “Black German Studies Then and Now” in 2014 and another entitled “Political Activism in the Black European Diaspora: From Theory to Praxis” in 2015. She is the Co-Chair along with Sara Lennox and Andrew Zimmerman of the Black Diaspora Studies Network at the German Studies Association from 2016-2018.  She is also the Co-Chair along with Heikki Lempa and Derek Hillard of the Emotion Network at the German Studies Association from 2017-2019. Follow her on Twitter @tnflorvil.