loading...
By Claire Garcia March 17, 2017 Comments Off on Self-Care and Black Intellectual Labor 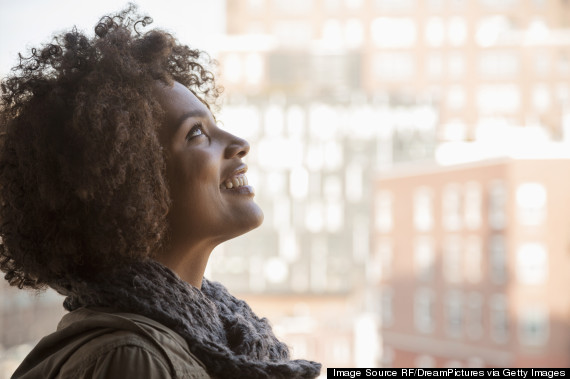 What does it take to produce black intellectual work? How do we ensure our own well-being within an institutional framework that has historically undervalued the contributions of men and women of African descent? What strategies must we utilize so that we can sustain satisfying careers in the Academy while maintaining our own health and sanity? These are critical questions that black scholars should be considering. Recently the concept of “self-care” has appeared in popular culture as a way of talking about focused attention on one’s personal mental and physical well-being. While self-care is an important topic that applies to everyone, it is a particularly pressing concern for black scholars who are often overburdened with service and invisible labor not included in our job descriptions. Black professors, like other professors of color, are often called upon to perform extra work that isn’t compensated for or adequately valued, such as student group advising, serving as the “voice of color” on various committees, or weighing in on diversity and inclusion issues outside of one’s field.

But it is not simply the pressures of a demanding workload that make the issue of self-care so urgent for black scholars working in the academy. We may feel vulnerable in the face of continuing police brutality, increasing numbers of apartheid schools, and stubborn disparities in all dimensions of life from health to employment. And one can’t overlook the effects of the election of a president who is shameless in his bigotry on national and campus climates. Many of us feel that we are living in a second racial Nadir, a term coined by historian Rayford Logan and used by others to describe the most challenging period in black Americans’ struggle for civil and human rights. Those of us whose scholarship and teaching is focused on people of African descent and critical issues such as race and racism may be feeling new depths of futility and despair. As one of only four black professors and the only tenured black woman on the faculty of a small liberal arts college in a community that went for Trump by over 85%, I know firsthand the profound social and intellectual loneliness incurred by working at a predominantly white institution that is both culturally and geographically isolated. Like many of my colleagues in similar situations, I have improvised some responses to the questions posed at the beginning of this essay, to varying degrees of success and expense, but we can all benefit by exchanging ideas and strategies for maintaining intellectual growth and healthy self-nourishment under what can feel like soul-killing conditions. Conversations about effective self-care should also enable us to coordinate efforts to change the culture of academe to be more respectful and fair.

Black scholars represent less than 10% of the professoriate, and the higher the rank, the smaller the numbers. Many recent studies in a variety of disciplines confirm what we already know: that academia has its particular take on the routine cruelties inflicted on black people in the United States. Black faculty are more likely to have our authority questioned by students and colleagues; we are viewed through the lenses of controlling images such as the threatening black man and the heartless black woman; we are treated as strange interlopers in campus cultures, academic disciplines, and even physical space, as hundreds of our encounters with campus security attest. The hostility in academe toward black scholars in general was demonstrated recently by the response to an article published last year in the Hechinger Report about why there are so few faculty of color. The author, Dr. Marybeth Gasman, a professor of higher education, was startled to see that although her article focused on recruiting and hiring faculty of color in general, of the nearly 7500 emails she received, “every single hateful one was about African Americans and no other racial group.” 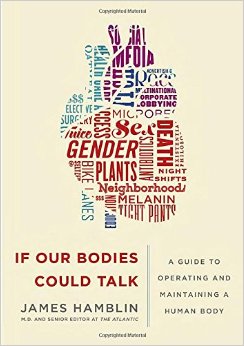 Working under such conditions, either because our work is focused on race or we are toiling in fields where there are few other black faces, takes a toll on physical and mental health. We wouldn’t be where we are now without engaging in some form of John Henryism, the struggle to succeed against the odds. A recent opinion piece in the New York Times Sunday Review by James Hamblin, the author of If Our Bodies Could Talk: A Guide to Operating and Maintaining a Human Body, discussed how “decades of research show that when resilient people work hard within a system that has not afforded them the same opportunities as others, their physical health deteriorates.” “Striving against the odds” causes not only mental but physical damage.

My sisters and I believe that my father’s job as the first tenured black professor on the faculty of Harvard Law School killed him at the age of 59. A beloved teacher, he was under constant pressure, being asked to sort out the Law School’s embattled racial landscape of the 70s and early 80s, from translating student demands to a disconcerted administration to coming up with efforts to diversify the faculty. He was even asked to take over the college’s black studies program, which he had the sense to refuse, all while trying to meet scholarly expectations and grade hundreds of exams, a task he took more seriously than many of his colleagues at the time. Nevertheless, I realized in college that my ideal job lay in academe. Despite the challenges, I have no regrets. But it has been a challenge. My only claim to expertise on this issue is that I have survived and thrived in an institutional environment that was not created for people like me. After over 32 years in higher education, I have developed self-care strategies that while they may not work for everyone, may give others some ideas.

The most important lifesaver was not making my professional identity my primary identity. I have always been grateful that by the time I started graduate school, seven years after getting my B.A., I was married and the mother of twins. While it wasn’t easy to arrange childcare, a 65-mile commute, and find time to do my assignments over a period of six years while my husband was starting his own career in a high-pressure profession, I felt emotionally protected from many of the dramas and anxieties that shaped the lives of my fellow graduate students. I will always remember a conversation I had over dinner with an academic hero of mine at one of the first conferences I attended. I shared with her my worries about being “productive” and professed my admiration for the self-discipline and focus that enabled her to produce so many transformative books. “But Claire,” she said, “I come home to my cats.” I love my work, but my family continues to remind me that it is not my primary identity. I have always also been engaged in broader communities, some of which have no idea that my professional commitments play out in my volunteer and activist work: they only see the work, not “the professor.”

It may be too obvious to mention here, but I’m that annoying friend who reminds you that sacrificing exercise might not help you better manage your workload. Not only does a half-hour walk, 90 minutes of yoga, or an hour of Zumba help maintain my blood pressure, but a workout inevitably improves my outlook on life. When I do give up a few days of working out because I have a deadline or mountains of papers to grade, I feel less energetic and optimistic. Exercise renews my optimism and sense of perspective.

The first time I went up for promotion to full professor, I was turned down because I didn’t have my department’s support. In my post-mortem conversation with my dean, who was very sympathetic, she told me that “No one in your department seems to understand what you do as a scholar.” To this day, I have a colleague who introduces me to people by saying, “Claire doesn’t really ‘do literature’—she does black historical and cultural stuff.” My dean gave me two gifts: the mentorship and support that I had not gotten from department leadership, but also the realization that I had to cultivate an intellectual community outside of my small college. Thanks to the Internet and the strategic use of research funds that enable me to develop professional relationships at sites throughout the Black Atlantic where I do research, my true colleagues are in Paris, Washington, New York, and all over the world. I can continue exploratory conversations, engage in collaborative work, and share resources. We read each other’s manuscript drafts and more than one article or book idea has been generated over a four-hour dinner. This circle of friends and colleagues not only enriches my own work, but also reminds me that I am not alone in my struggles, and that there are those who value my presence and my efforts.

These and other strategies, including regularly doing things that I enjoy—inviting my children and grandchildren to join me on research trips; cooking for friends; not working on the weekends unless my husband is out of town—haven’t prevented me from being thrown for an occasional loop. Most recently, a racially inflected crisis in our ethnic studies program had me seeking therapy for the first time in over 25 years. I grew up in an old-style bourgeois family whose only notion of therapy was to “suck it up—having to be twice as good as the best white person isn’t easy.” I attended predominantly white schools where therapy was something rich white kids did at 100 dollars for 50 minutes. It wasn’t easy to admit that I couldn’t rationalize or exercise my way out of my feelings of grief over seeing a program that friends and colleagues had worked over a quarter century to create destroyed by personality conflicts. But I found a savvy young black woman who could look at my emotional issues in the contexts of systemic workplace anti-black bias and the particular challenges of working in an environment where, even after 27 years, I am an anomaly. It was hard to find a black woman counselor in Colorado Springs—it took a couple of hours of research to find on-line counseling, and the first matches offered to me were all Latinx men. But I just started working with my therapist last month, and promised her to put in a plug to black professionals not to hesitate, as we too often do, to seek professional mental health support. I hope that this reluctance is changing with younger generations. Perhaps ironically, a fundamental building block of effective self-care is not going it alone.

*Please join us for a roundtable on self-care and black intellectual labor at the 2017 AAIHS conference on Friday, March 24 at 3 p.m.

Claire Garcia is Professor and Director of Race, Ethnicity and Migration Studies at Colorado College. She was lead editor of the collection, From Uncle Tom’s Cabin to The Help: Critical Perspectives on White-Authored Narratives of Black Life. Her research is centered on race, modernism, gender, citizenship and the Black Atlantic. Follow her on Twitter @VraieMmeMerle.