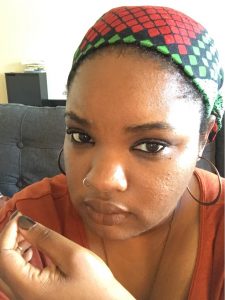 Nicole M. Jackson is an Assistant Professor of History at Bowling Green State University in Ohio. She is an historian of the modern African Diaspora, Black social movements, and community activism, with a current focus on contemporary Black Britain. She is interested in everyday Black people’s work to expand the boundaries of social and political citizenship. She is also interested in the intersection between historical reality and representation in popular culture. Her work has appeared in Callaloo, African and Black Diaspora: An International Journal and edited volumes Blackness in Britain and Adjusting the Contrast: British Television and Constructs of Race. Follow her on Twitter @nicole_maelyn.