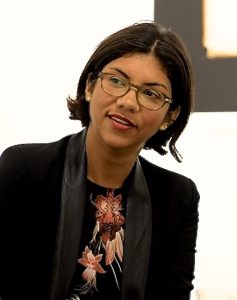 , PhD is an anthropologist focusing on the Caribbean, Latinxs, and African Diaspora in the Americas. The thread that binds Dr. Lloréns’ scholarship is understanding how racial and gender inequality manifest itself in bodies and the body politic, culture and cultural production, nation building, access to environmental resources, and exposure to environmental degradation and harm. Her research and writing is centrally concerned with critiquing structural inequalities and dismantling taken for granted notions of power. Dr. Lloréns is the author of Imaging the Great Puerto Rican Family: Framing Nation, Race and Gender during the American Century (Lexington Books, 2014). Her second book, MotherLand: Afro-Puerto Rican Women Forging Good Lives and Fighting for Environmental Justice, is under contract with the Decolonizing Feminisms: Antiracist and Transnational Praxis Series, University of Washington Press. She is a founding member of the Black Latinas Know Collective and is a Professor of Anthropology in the Sociology & Anthropology Department at the University of Rhode Island. Follow her on Twitter @shecoanarchist.