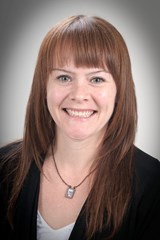 Denise Lynn is an Associate Professor of History at the University of Southern Indiana in Evansville, Indiana, United States. She received her Ph.D. in History in 2006 from Binghamton University, SUNY. Dr. Lynn’s research focus has been on women in the American Communist Party during the Popular Front. She is particularly interested in rank-and-file women in the Party who operated outside of the Central Committee. Dr. Lynn’s publications include the internationalist perspective of Communist Party women in the campaigns to support the Republicans in the Spanish Civil War, and the Italian invasion of Ethiopia. She has published on communist led meat boycotts in 1935 as well as fears of Nazi pronatalist policies and sister policies in the United States that restricted women’s access to birth control. Dr. Lynn has also explored the lives of individual women in the Communist Party, including Claudia Jones and Juliet Stuart Poyntz. Her articles have appeared in American Communist History, Women’s History Review, Journal of Cold War Studies, Radical Americas, and Journal for the Study of Radicalism. Dr. Lynn is currently completing a manuscript on the 1937 disappearance of American spy Juliet Stuart Poyntz and how her disappearance was part of the larger anti-communist narrative in Cold War America. In this project, Dr. Lynn argues that American anti-communism has roots in the American left as well as the right. Follow her on Twitter at @DeniseLynn13