This post is part of our blog series that announces the publication of selected new books in African American History and African Diaspora Studies. Coming of Age in Jim Crow DC: Navigating the Politics of Everyday Life was recently published by NYU Press. 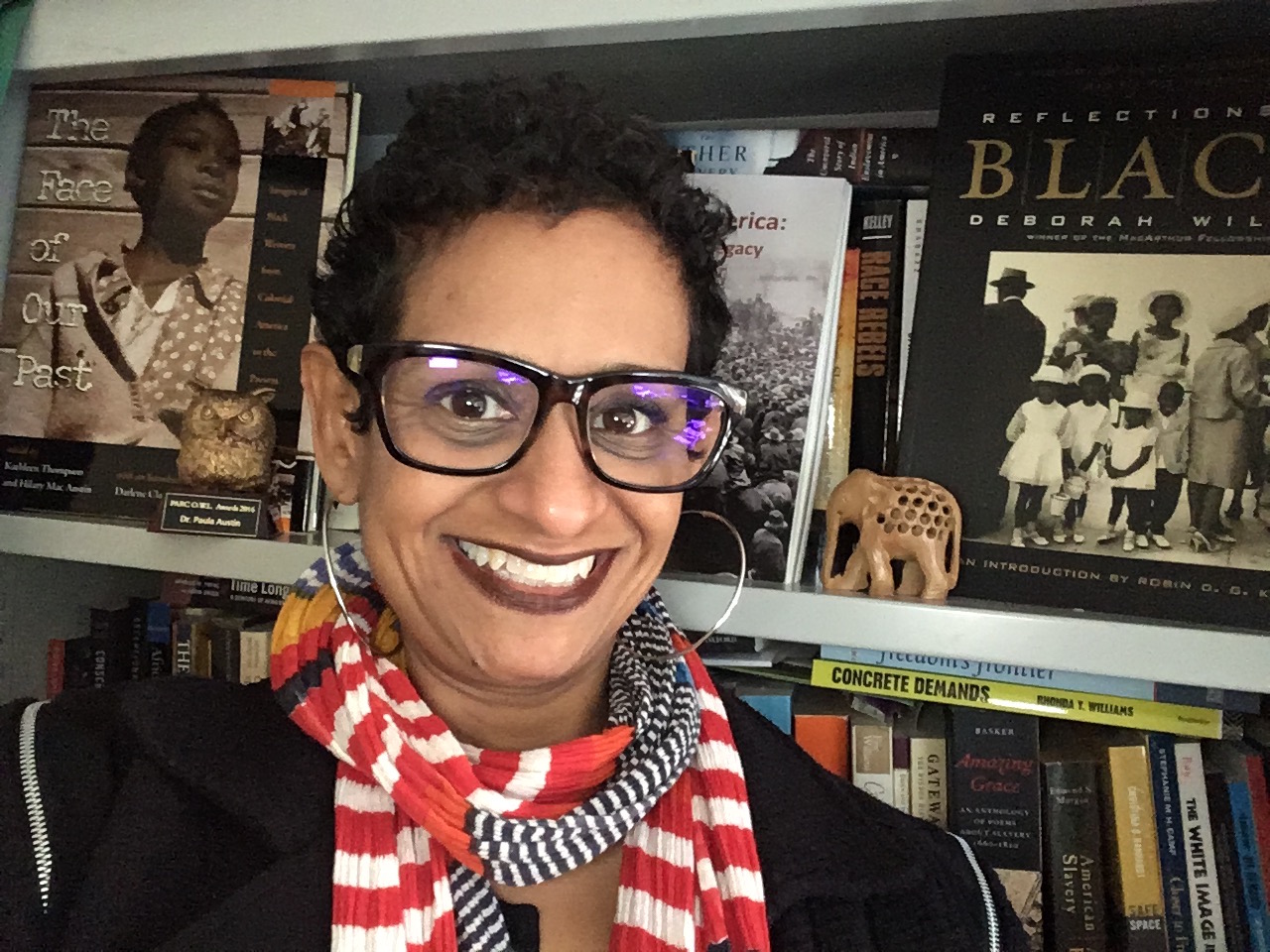 Author of Coming of Age in Jim Crow DC: Navigating the Politics of Everyday Life is Paula C. Austin, Assistant Professor of History and African American Studies at Boston University. She specializes in African American, gender, and urban histories of the 19th and early 20th centuries. She was a co-editor of Radical Teacher’s special issue “Teaching #BlackLivesMatter,” and is the author of “‘Conscious Self – Realization and Self-Direction’: New Negro Ideologies and Visual Representations” in the Journal of African American History (Summer 2018). She also consults on faculty development around issues of equity, diversity, and inclusion. Follow her on Twitter @ProfPAustin. 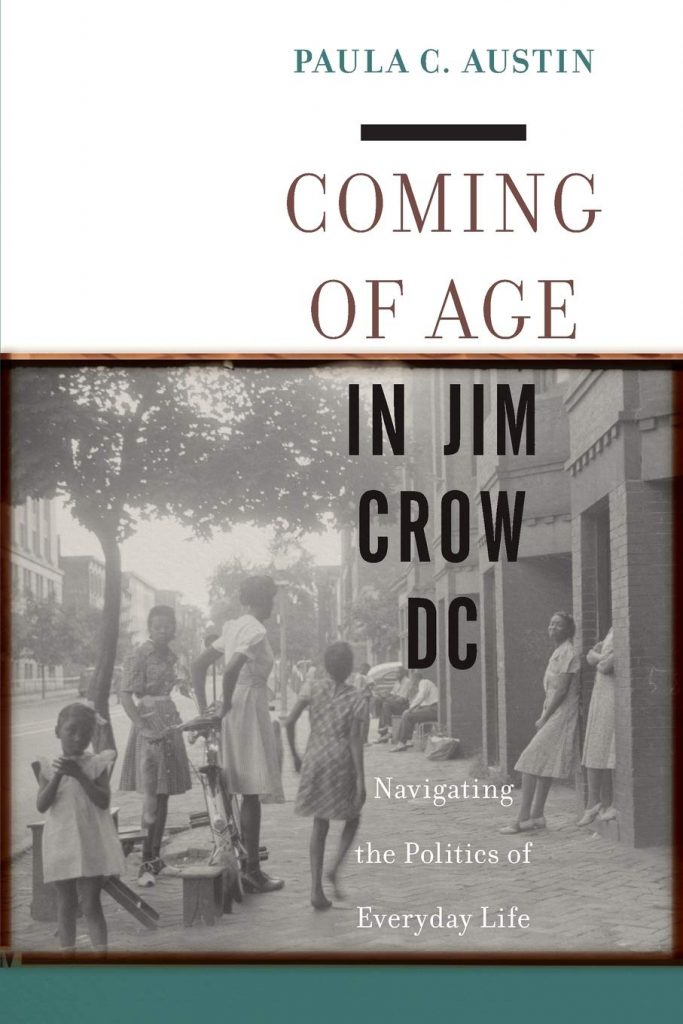 Coming of Age in Jim Crow DC offers a complex narrative of the everyday lives of Black young people in a racially, spatially, economically, and politically restricted Washington, DC, during the 1930s. In contrast to the ways in which young people have been portrayed by researchers, policy makers, law enforcement, and the media, Paula C. Austin draws on previously unstudied archival material to present Black poor and working class young people as thinkers, theorists, critics, and commentators as they reckon with the boundaries imposed on them in a Jim Crow city that was also the American emblem of equality.

The narratives at the center of this book provide a different understanding of Black urban life in the early twentieth century, showing that ordinary people were experts at navigating around the limitations imposed by the District of Columbia’s racially segregated politics. Coming of Age in Jim Crow DC is a fresh take on the New Negro movement, and a vital contribution to the history of race in America.

Paula C. Austin’s book provides fascinating insight into a much overlooked and understudied topic: the personal thoughts, social psychology and, most important, social analysis of Black young adults during a formative period in American urban history. With this book’s treatment of young people as theorists, thinkers, critics, and commentators, Austin provides an important contribution to histories of cities and of African Americans during the interwar period, the age of the New Negro Renaissance, in which Black people emerged as formative artists, intellectuals, and activists. — Brian Purnell, Geoffrey Canada Associate Professor of Africana Studies and History, Bowdoin College

Paula C. Austin: Coming of Age in Jim Crow DC: Navigating the Politics of Everyday Life builds on the emergence and growth of girlhood studies, while drawing from the contributions in theoretical framings and methodologies since Farah Jasmine Griffin, Mia Bay, Martha Jones, and Barbara Savage came together to produce Toward an Intellectual History of Black Women (2015). I hope to add to and further all of that work — by Marcia Chatelain and LaKisha Simmons, for example. Just as I was finishing the book, Saidiya Hartman’s Wayward Lives came out. My thinking about the sociological materials that formed the basis for my study had already been informed by her earlier works, but Wayward Lives really inspired me, as did Kevin Quashie’s work, to bring into relief epistemologies. What I hoped to do in Coming of Age was not just draw out the voices of Black poor and working class young people in Southwest Washington DC, but to hear and understand a sonic resonance of their thinking. The murders of so many Black young people, by police violence and otherwise, and the Movement for Black Lives were very present for me while I was writing this. The young Black people who were interviewed in the 1930s were so clear-voiced about their beliefs, about their thoughts and theorizations. They were sometimes suspicious of the motives of the interviewers, and were sometimes hesitant to answer the invasive and intimate questions. Nevertheless, they just as often were eager to share their ideas about contemporary political protests in DC, about racial segregation, conditions of poverty (really their understanding of racial capitalism), and stories about how they expertly navigated the contradictions of racial violence and discrimination in the national capital. This book is really about valuing young Black (urban) people’s ways of knowing — to see them as possessive of an inner life, an intellectual life, and interiority more generally, in contrast to the ways in which they have been and continue to be portrayed by some researchers, youth service professionals, policy makers, law enforcement, and the media.

In terms of where the field is headed, I’m deeply appreciative of the organizational efforts of AAIHS to expand and disrupt the historical constraints of intellectual history. The relationships I built at the first conference in Chapel Hill helped to ground me — in analytical methodologies and interdisciplinarity (training with a Latin Americanist and slavery studies scholars didn’t hurt of course). I am so grateful for all the support I received to produce this, and for the influences to my teaching — content and pedagogy. All of this new scholarship is really changing the game.